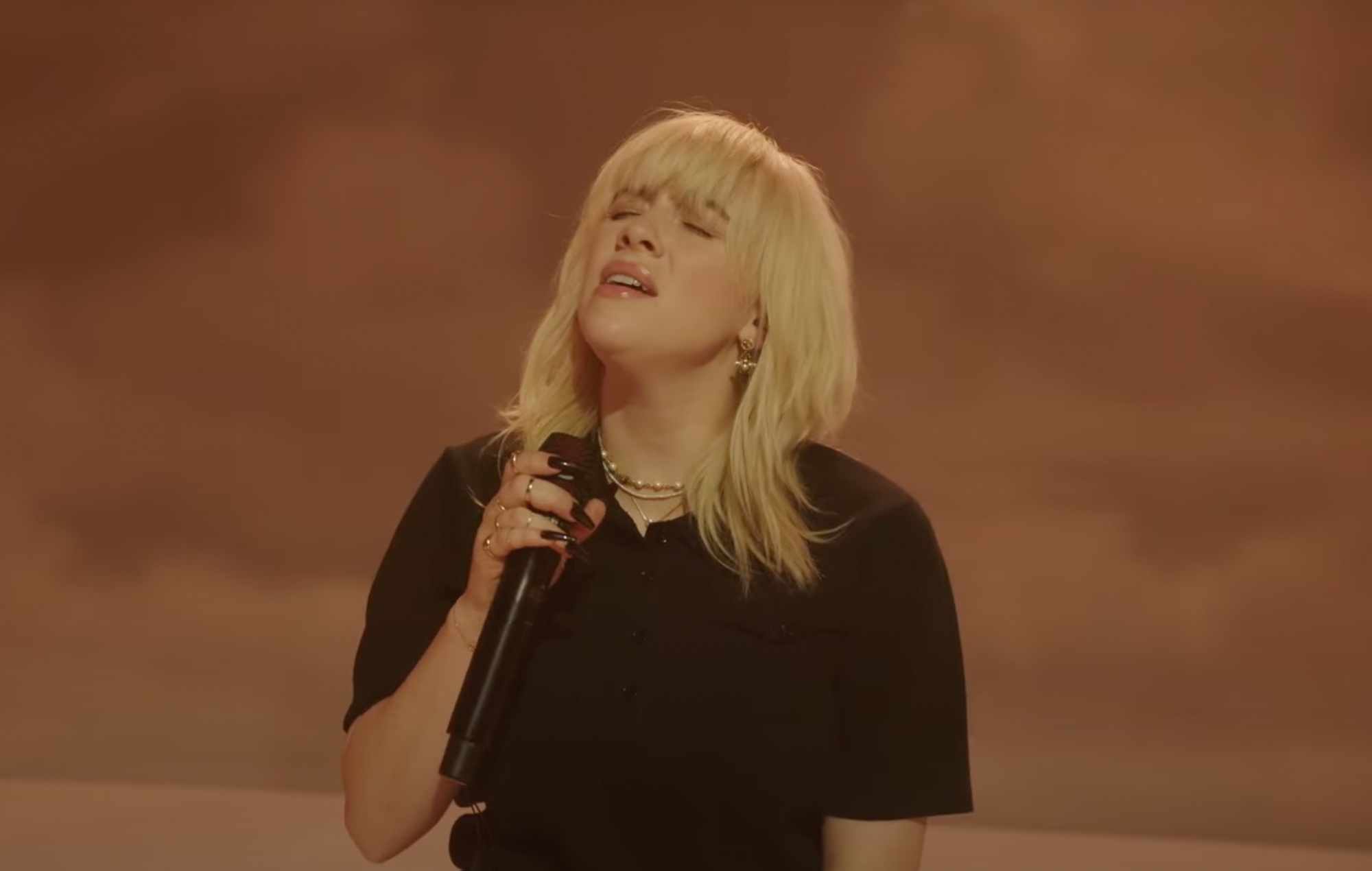 Billie Eilish has given a performance of the title track to her second album ‘Happier Than Ever’ on The Tonight Show Starring Jimmy Fallon.

READ MORE: Billie Eilish – ‘Happier Than Ever’ review: an artist secures her status as a generational great

Eilish performed in a separate set to Fallon, flanked by her brother Finneas on guitar and a drummer, in front of a projection of clouds.

Once the second half of the song starts, lights flash to mimic a storm, while Eilish jumps around, headbangs and even air drums while singing.

Watch the performance in full below.

In addition to performing the song, Eilish told Fallon in an interview that the track is one she’s most excited to perform live when she heads out on a world tour next year, having just added a sixth and final London date earlier today (August 10).

She also gave Fallon a preview of her forthcoming Disney+concert film Happier Than Ever: A Love Letter to Los Angeles, where she performed a snippet of album track ‘Oxytocin’ including some animated sequences.

Watch the interview and snippet below.

After ‘Happier Than Ever’ outsold the rest of the top 10 albums in the UK combined, the record got Eilish her second UK Number One.

In a five-star review of the album, NME‘s El Hunt said of the album: “Though it’s unlikely that her place among their ranks was ever in doubt anyway, ‘Happier Than Ever’ fully establishes Billie Eilish as one of her generation’s most significant pop artists – and, better still, does so without repeating a single trick from the debut that turned her life upside down.”

Last week (August 5), Eilish took to BBC Radio 1’s Live Lounge to give a cover of Julie London’s 1955 version of the jazz standard ‘I’m In The Mood For Love’.

The post Watch Billie Eilish perform ‘Happier Than Ever’ on ‘Fallon’ appeared first on NME.

Source: Watch Billie Eilish perform ‘Happier Than Ever’ on ‘Fallon’