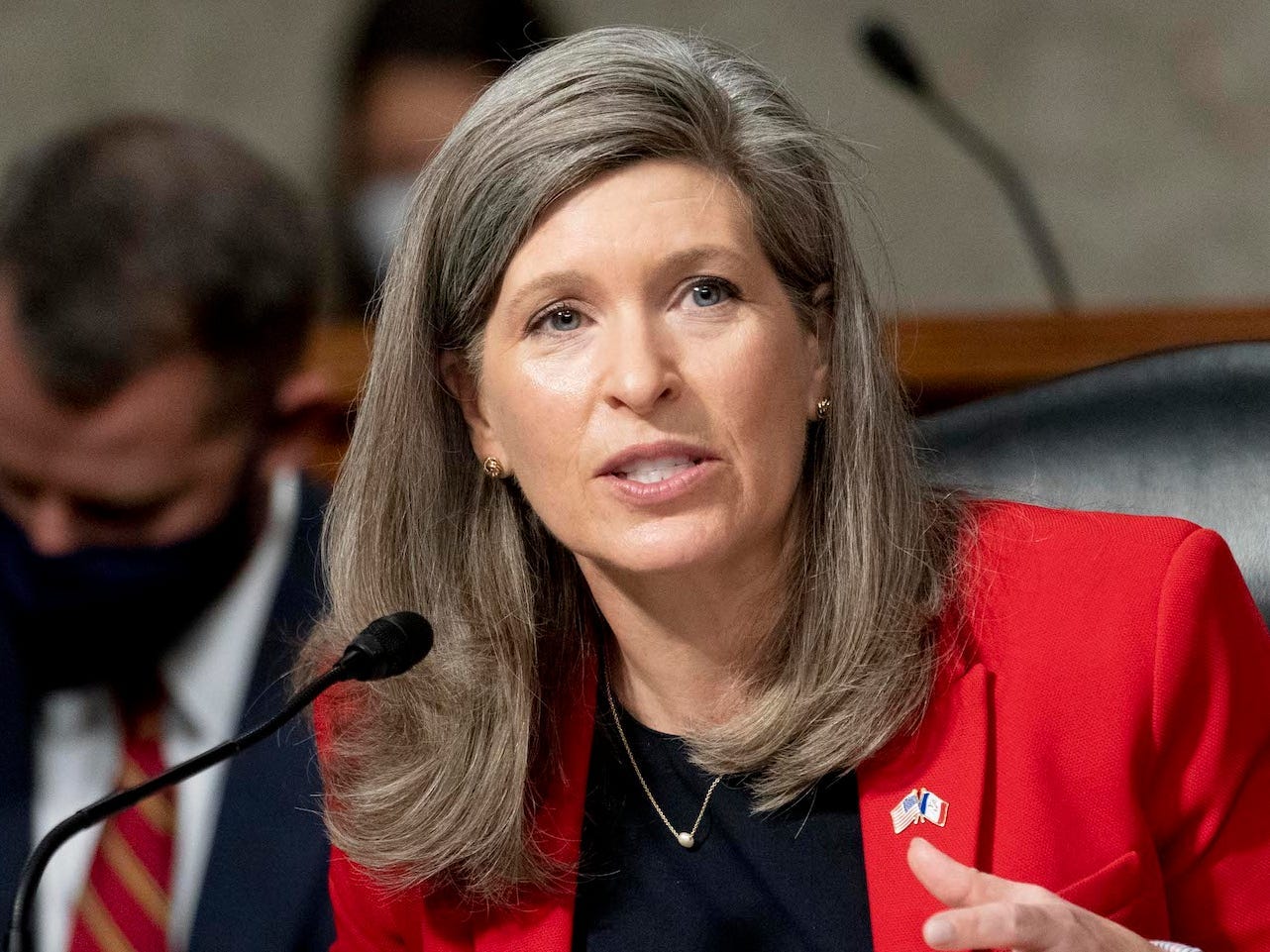 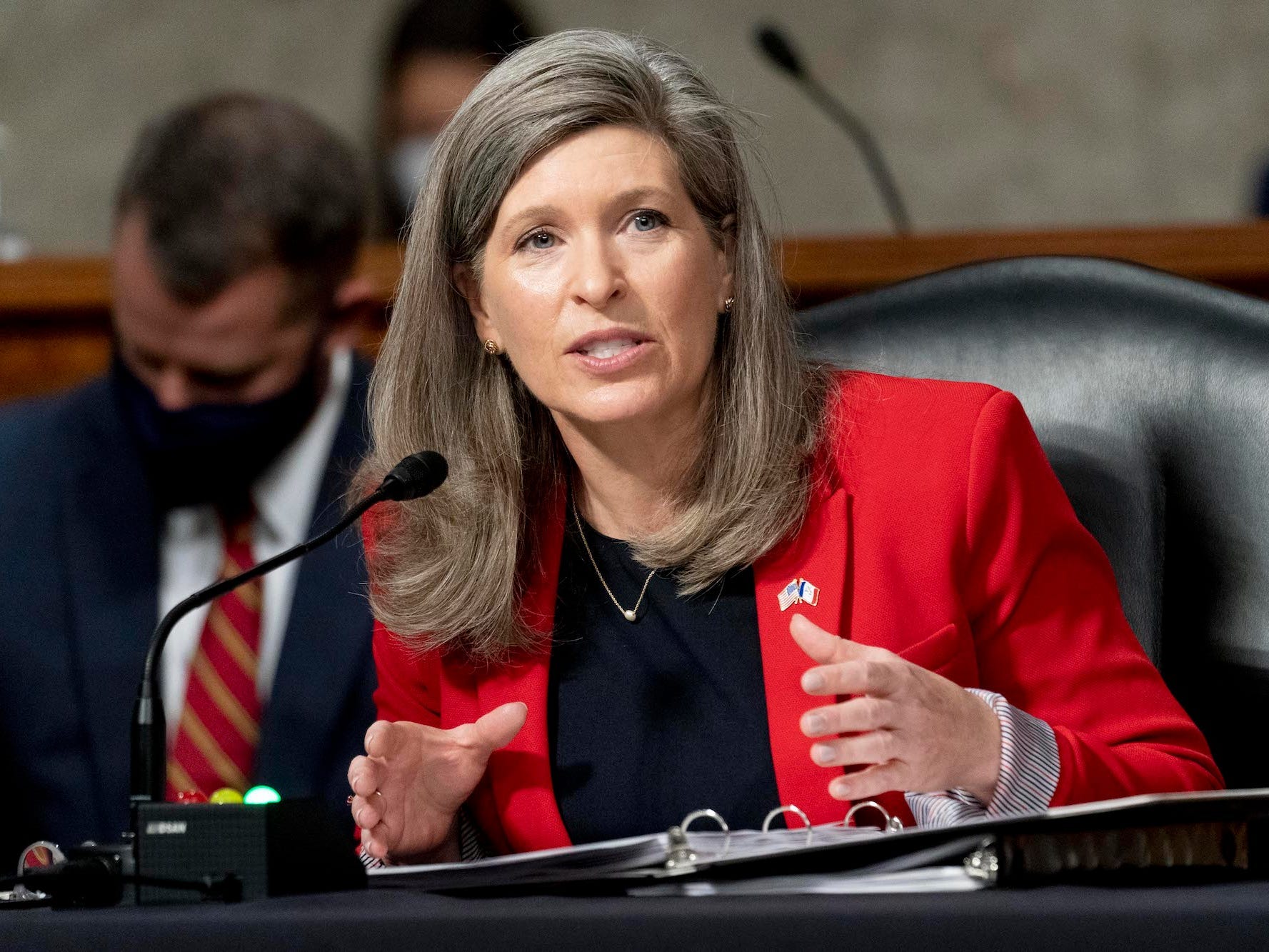 Sen. Joni Ernst, a Republican of Iowa, speaks during a hearing to examine United States Special Operations Command and United States Cyber Command in review of the Defense Authorization Request for fiscal year 2022 and the Future Years Defense Program, on Capitol Hill on March 25, 2021 in Washington, DC.

Sen. Joni Ernst called President Joe Biden's plan to get more Americans vaccinated an attempt to draw attention away from the 20th anniversary of the 9/11 terrorist attacks.

Speaking on Fox News on Friday, the Iowa Republican and combat veteran accused the Biden administration of “leading by coercion” and questioned the motives of the plan.

“I would agree with the point that is being made by so many of my colleagues that this is a diversion away from 9/11, away from the 20th anniversary, and away from the debacle that was his Afghanistan withdrawal,” Ernst said.

The White House announced a COVID-19 action plan on Wednesday to address the rise of the Delta variant, which has caused case counts to surge across the US. The plan included a rule that will require companies with more than 100 employees to mandate the COVID-19 vaccine for their employees or submit them to weekly testing.

Republicans immediately condemned the plan and vowed to fight against it, setting up battles between Washington and GOP-led states.

Saturday is the 20th anniversary of September 11, 2001, when hijackers crashed multiple passenger planes on US soil, killing nearly 3,000 Americans. The anniversary also comes less than two weeks after the chaotic US withdrawal from Afghanistan that ended with the Taliban back in power, almost 20 years after they were ousted by US-led forces.

Ernst isn't the only lawmaker to accuse Biden of using the vaccine plan as a distraction. Mississippi Gov. Tate Reeves, also a Republican, called the vaccine plan an attempt to turn attention away from Afghanistan.

Biden and the first lady have a packed agenda for the anniversary on Saturday. He's planning to visit three 9/11 sites, in New York, Pennsylvania, and Virginia, where the attacks occurred.

He also signed an executive order last week to declassify documents pertaining to 9/11 that families of victims have requested for years.

Source: GOP Sen. Joni Ernst said Biden’s plan to get Americans vaccinated is a ’diversion’ from the 20th anniversary of 9/11