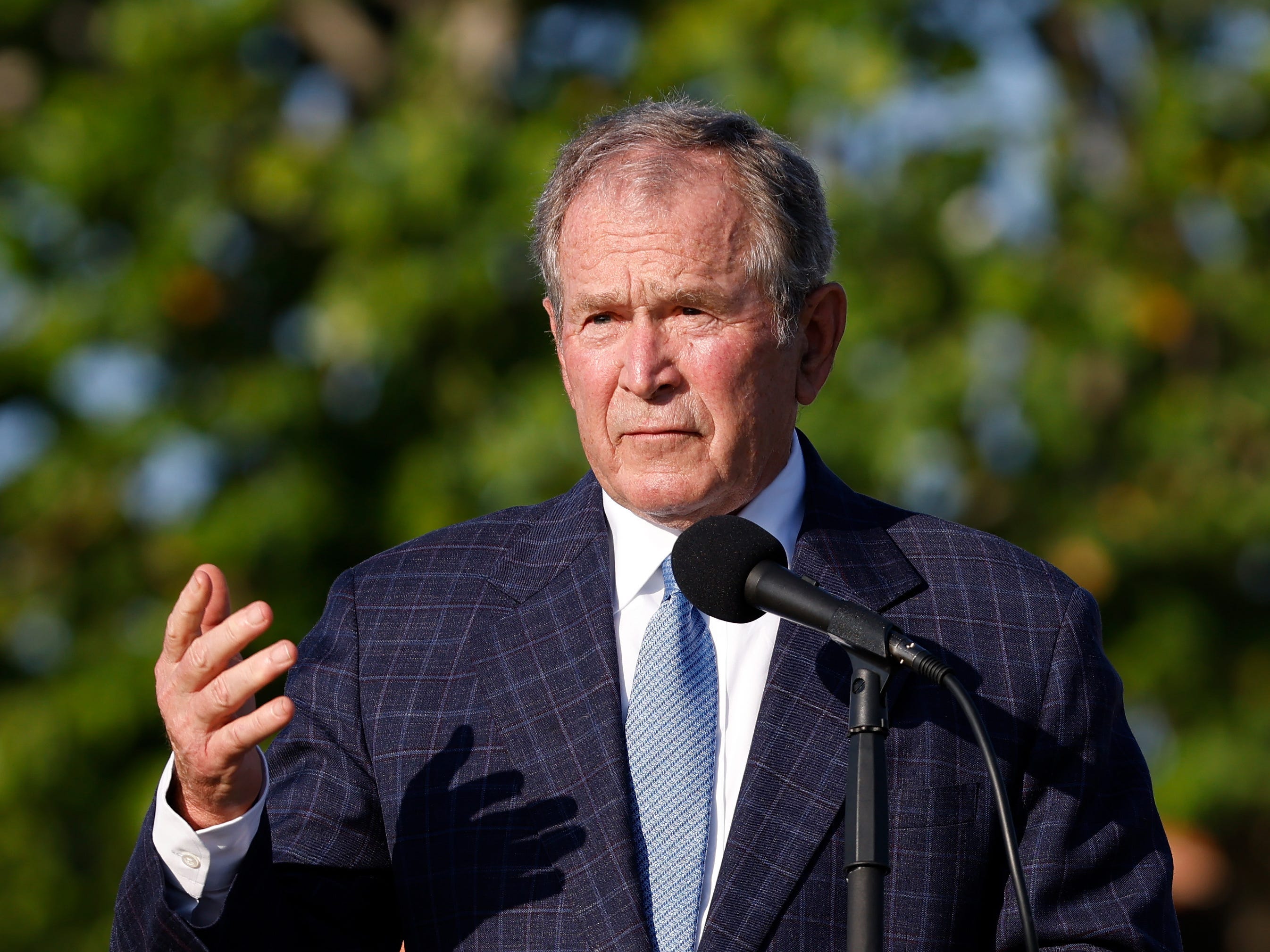 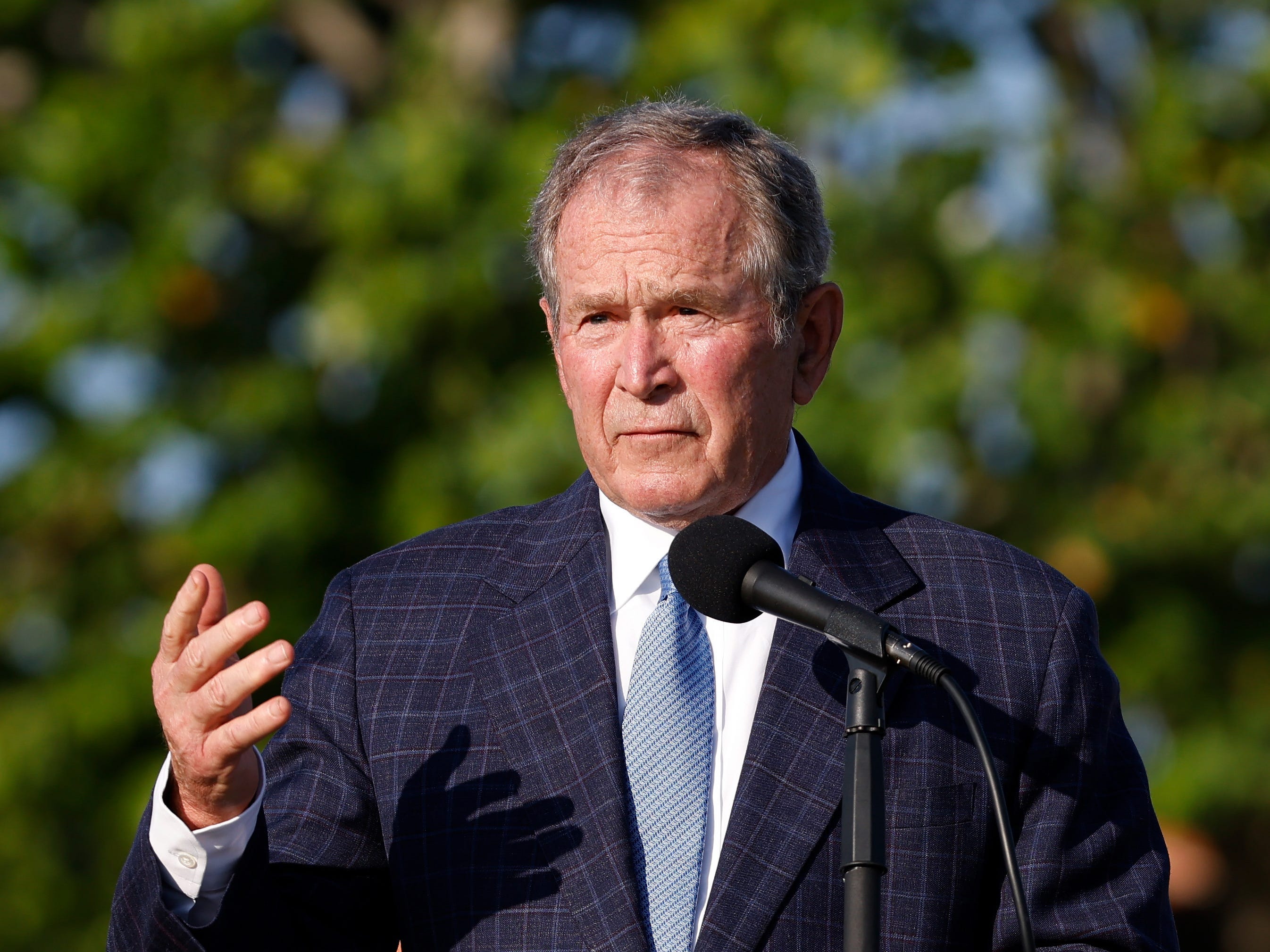 Former U.S. President George W. Bush speaks during the flag raising ceremony prior to The Walker Cup at Seminole Golf Club on May 07, 2021 in Juno Beach, Florida.

Former President George W. Bush referenced foreign and domestic terrorism in a speech commemorating Americans killed in 9/11.
He also contrasted immediate post-9/11 unity with growing divisions and a cultural war in present-day America.
The former president has spoken out against the far-right movement and extremist values within the Republican Party.
See more stories on Insider's business page.

Bush on Saturday gave a speech on the 20th anniversary of 9/11 in Shanksville, Pennsylvania, where he paid tribute to the passengers of Flight 93 who fought extremist hijackers and crashed into field there 20 years ago in the deadliest terrorist attack on US soil.

“We have seen growing evidence, that the dangers to our country can come not only from across borders, but from violence that gathers within,” the president said in the speech. “There is little cultural overlap between violent extremest abroad and violent extremists at home.”

These groups are “children of the same foul spirit, and it our continuing duty to confront them,” Bush added.

Two decades after the September 11, 2001 attacks, the US faces a bigger danger from white supremacists and far-right militants within US borders, according to experts in US law enforcement and intelligence agencies.

Matt Chandler, the former deputy chief of staff at the Department of Homeland Security, previously told Insider that the threat environment post-9/11 “continues to be dynamic, with both foreign and domestic terrorism threats, each of which have metastasized in concerning ways.”

The former commander-in-chief pointed to several similarities between the two extremist groups, such as a “disdain for pluralism,” a “disregard for human life,” and a “determination to defile national symbols” – the last one seemingly referencing the January 6 Capitol riot.

Bush previously remarked that the violent pro-Trump mob that stormed the Capitol building after the results of the 2020 election left him “sick to [his] stomach” and “really disturbed.”

“When it comes to the unity of America, those days seem distant from our own,” Bush said in his Saturday speech. “Maligned force seems at work in our common life. That turns every disagreement into an argument and every argument into a clash of cultures. So much of our politics has become a naked appeal to anger, fear, and resentment.”

While Republicans, like Ohio Rep. Jim Banks, are telling conservative members of Congress to “lean into the culture war,” Bush has been a prominent Republican voice pushing back against a far-right movement within the Party.

He previously said in a podcast that there is potential for Republicans to win back future elections if they can recapture “traditional” Republican ideals and curb away from “white Angle-Saxon-Protestantism.”