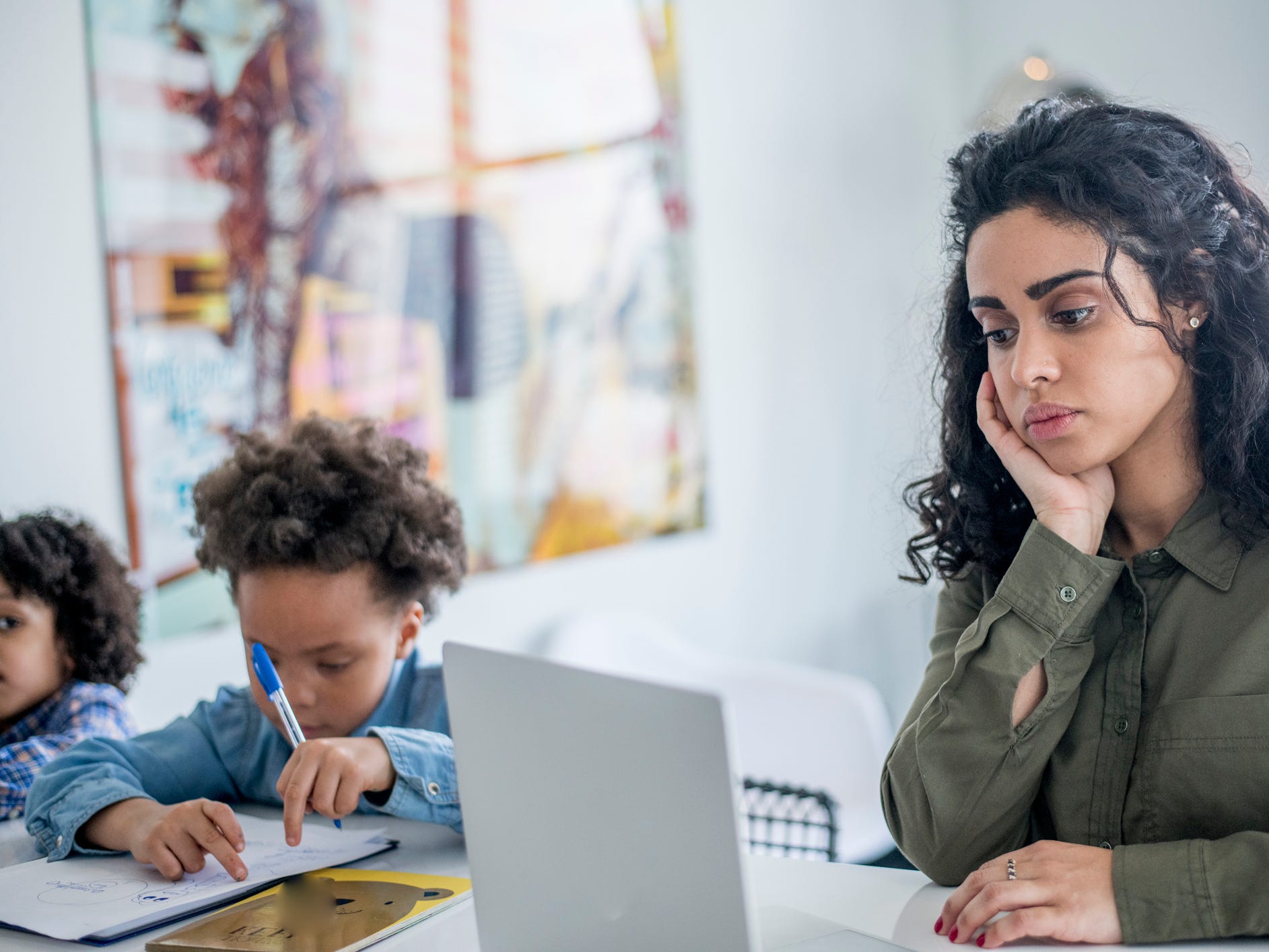 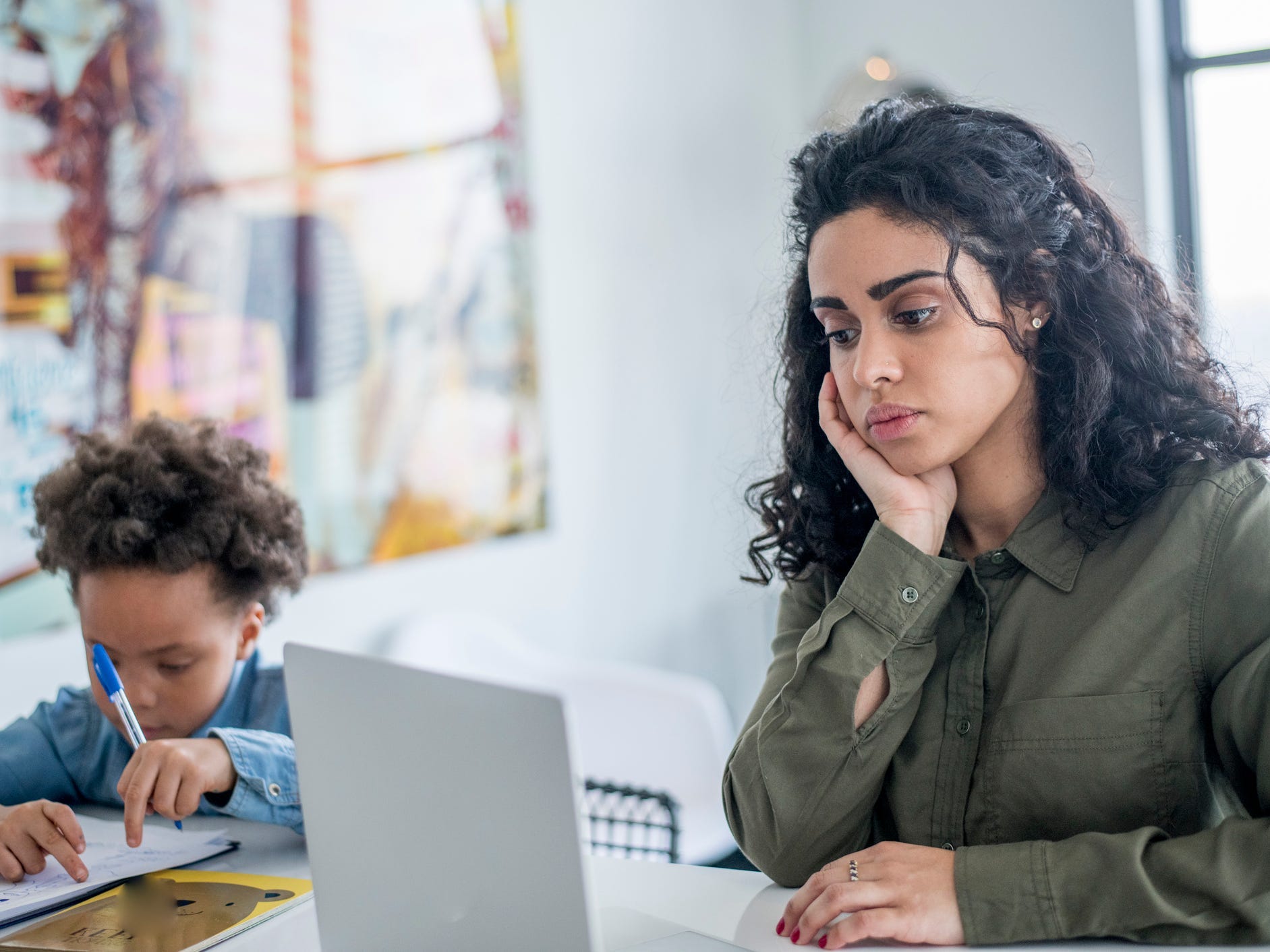 It's back to school for real this year, as many more schools reopen for in-person learning.
Many parents, especially mothers, may have exited the workforce over childcare responsibilities.
Insider asked experts if those parents will return. The answer is complicated.
See more stories on Insider's business page.

While the pandemic has held never-ending twists and turns for parents, there finally seems to be some structure in sight: A traditional back-to-school season.

When schools and daycares closed during the pandemic, some parents dropped out completely from the workforce. Others had to realign their work lives and priorities around suddenly being both full-time workers and childcare providers.

Right now, some industries are facing a labor shortage. Those job openings could presumably be filled up by parents – but Jasmine Tucker, the director of research at the National Women's Law Center (NWLC), worries about the quality of those positions when it comes to wages and scheduling.

According to NWLC, women saw the largest employment gain in a single month in July 2021 since August 2020, based on employment figures from the latest jobs report. Women gained 649,000 jobs in July, higher than the 465,000 the month before.

But a “return to normal” probably isn't coming anytime soon for mothers, especially with the rise of the Delta variant.

There's some “real concern” about “whether you're comfortable sending your kid back to school,” Tucker told Insider.

As proper school reopenings loom, Insider asked experts what the outlook will look like for women in the workforce.

C. Nicole Mason, president and CEO of the Institute for Women's Policy Research, told Insider we won't really see this rebound of women coming back or entering the labor force for several months.

Mason said the recovery of women in the labor force has been slow.

The following chart shows what labor force participation rates between men and women have looked like over the pandemic. The rate as of July is 57.5% for women aged 20 and over and 69.8% for men aged 20 and over, both of which were unchanged from June.

Daniel Zhao, senior economist at Glassdoor, told Insider he hopes more parents will be able to return to the labor force once school is back in the fall, but it's unclear by just how much.

“I don't expect parents to suddenly flood back into the labor force,” Zhao said. “Many parents have already adapted by working remotely or part-time during the pandemic. We might not get many new workers rejoining the labor force, as opposed to some workers just taking on more hours if it's a part-time job or finding a different remote job that is more flexible or has more opportunities.”

The issue may not just be mothers returning to work

One big concern is the impact that working through the pandemic had on mothers. Heggeness is worried about burnout. There's a toll when office lunches become a time for feeding children, along with yourself, and when leave goes towards addressing childcare crises, not for rest or relaxation.

Women, who were already disproportionately taking on caregiving and family roles, increased their time spent on things like schooling during the pandemic after many kids learned at home.

“I feel like this pandemic, as horrific as it has been, has given us potentially – if we choose to take it on – an opportunity to do better,” she said.

That means doing better “in recognizing how much we take for granted unpaid domestic tasks in this country” and “the gendered effect of that” – along with the very real economic impact we've seen when that doesn't happen.

Source: School’s starting back up, but moms might not return to work for months

Coinbase now lets crypto buyers use Apple Pay - and they can cash out up to $100,000 at a time