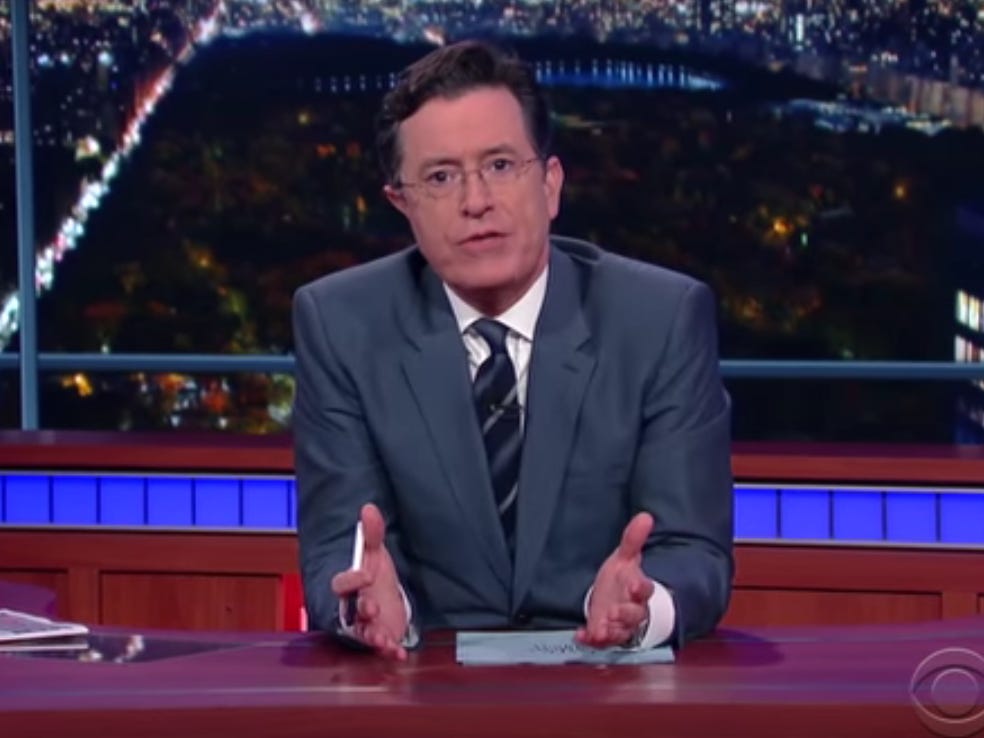 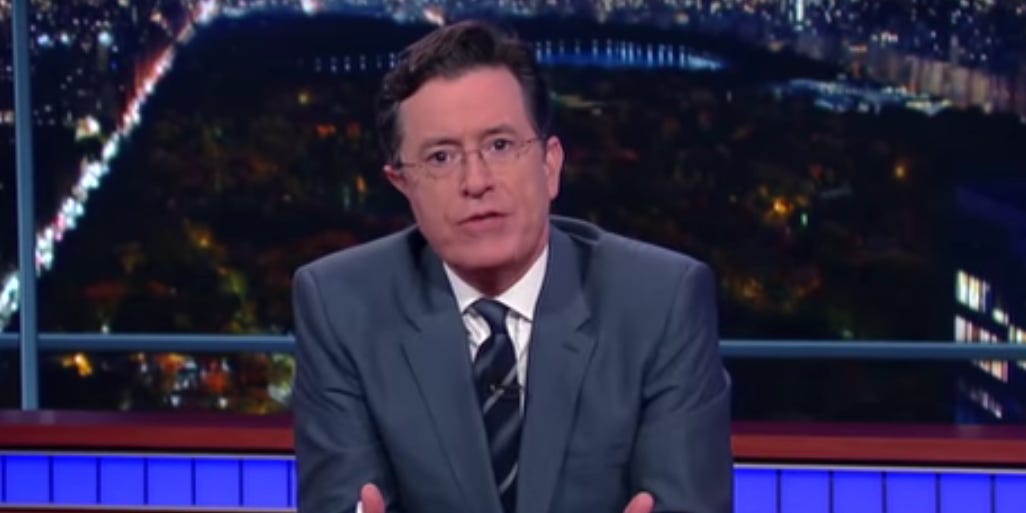 Stephen Colbert said he was cut from Barack Obama's downsized 60th birthday party.
He joked that Obama was “forced to limit the invites to only his closest Beyoncés.”
Obama had downsized the Martha's Vineyard party at the last minute due to Delta variant fears.
See more stories on Insider's business page.

Stephen Colbert said he was uninvited from former President Barack Obama's 60th birthday party after it was scaled back over coronavirus concerns.

He told “The Colbert Report” on Monday night: “There's a fourth wave of coronavirus, we just got a global warming red alert for humanity, there are wildfires consuming Northern California and Greece.”

“So naturally, there's one question on everyone's mind: Did I go to Barack Obama's birthday party?”

He said he was cut from the guest list after Obama changed the Martha's Vineyard event from one that hundreds of people were supposed to attend, to a smaller one, due to the spread of the Delta coronavirus variant.

“Given the whole pandemic thing and the Delta variant, a celebrity mosh pit was maybe not the wisest choice,” Colbert said.

“So, Obama scaled back the guest list for his party. He was forced to limit the invites to only his closest Beyoncés.”

The New York Times reported that some celebrities, like Jay-Z and Beyoncé, were still invited, while others, like late-night talk show hosts David Letterman and Conan O'Brien, were cut. Many of Obama's former administration staffers, including top advisor David Axelrod, were also cut, The Times said.

Biden is picking up where Trump left off on Iran, and it won’t go any better this time around