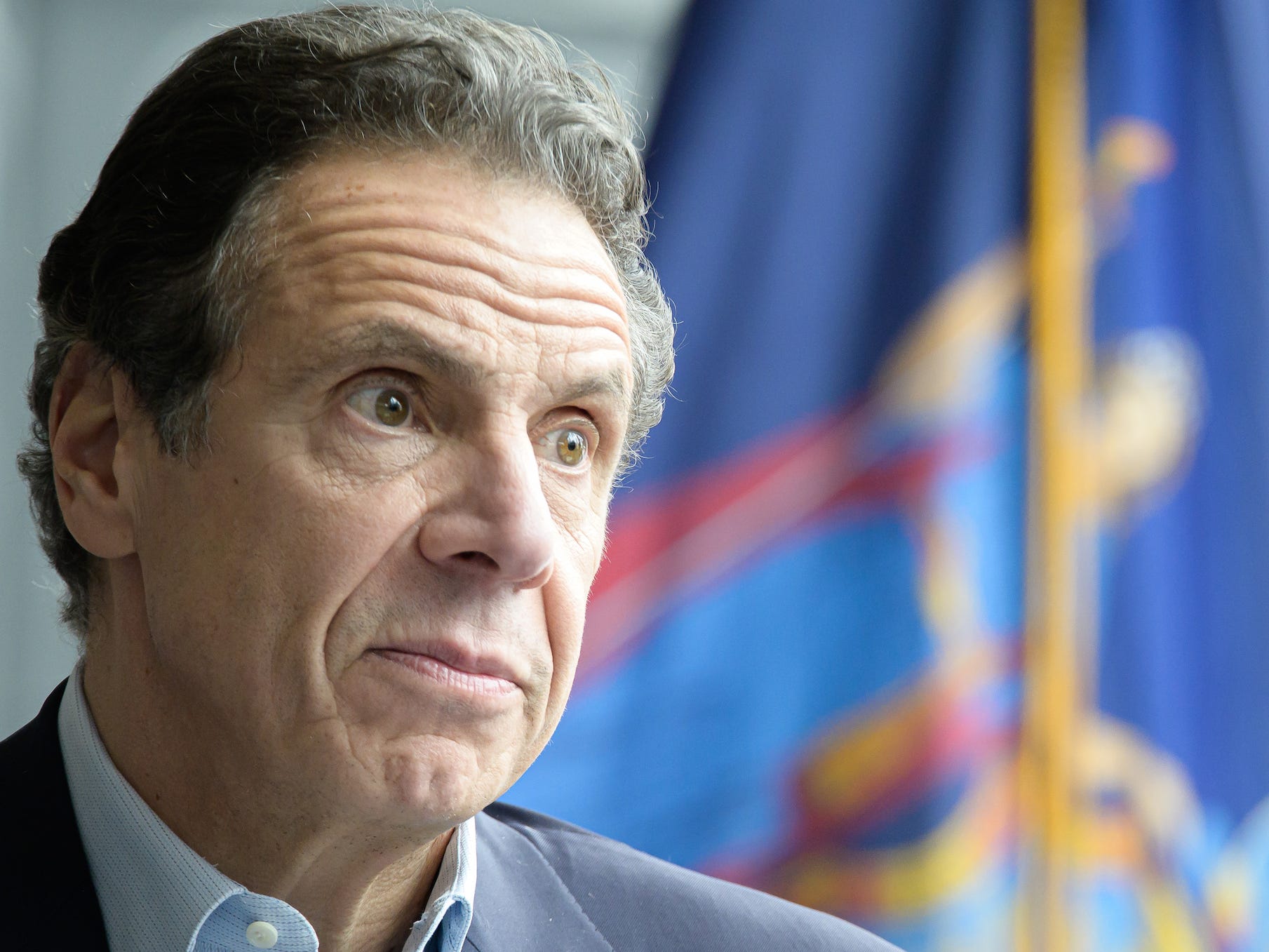 New York Gov. Andrew Cuomo has announced he will resign in 14 days.
Cuomo's resignation came after an investigation found that he sexually harassed 11 women.
Sexual harassment allegations plunged his administration into turmoil earlier this year.
Visit the Business section of Insider for more stories.

“My resignation will be effective in 14 days,” Cuomo said in a livestream.

Cuomo's speech started out with another denial of the allegations against him, but he apologized for offending women with his “outdated” behavior.

“We find that the Governor sexually harassed a number of current and former New York State employees by, among other things, engaging in unwelcome and nonconsensual touching, as well as making numerous offensive comments of a suggestive and sexual nature that created a hostile work environment for women,” the investigators wrote in their 165-page report released on August 3.

Cuomo's resignation marks a steep fall from grace, with the three-term Empire State governor once considered a future presidential candidate. When New York became the epicenter of the US's COVID-19 outbreak in spring 2020, Cuomo took a star turn in Democratic politics through his daily coronavirus briefings, which earned him an international Emmy award and record approval ratings among the state's residents.

One year later, though, in February and March 2021, the ground began to shift under Cuomo amid cascading crises on multiple fronts.

Sexual harassment allegations from nine women, including current and former staffers, led to growing calls for Cuomo to resign, with several New York Democratic lawmakers telling Insider that they were open to impeaching him.

The pressure ratcheted up shortly after the fourth Cuomo accuser came forward on March 7, prompting New York's Democratic Senate Majority Leader Andrea Stewart-Cousins to call on the governor to step aside.

Allegations against Cuomo include unwanted touching, inquiring about the sex lives of women on his staff, grabbing a woman's face at a wedding after touching the small of her back, asking a 25-year-old staffer if she had ever slept with older men, and asking another aide to play strip poker on the governor's plane.

By the end of the first week of March, at least eight Cuomo staffers announced their plans to leave his office.

New York Attorney General Letita James oversaw an independent investigation into Cuomo's alleged behavior with women on his staff, which brought his total number of accusers to 11.

The investigators found the women's claims to be “credible” and stated that the governor's office failed to follow its own policies surrounding sexual harrassment allegations.

James also released a report in January accusing the Cuomo administration of undercounting COVID-19 deaths among nursing home patients. This sparked initial calls for Cuomo's resignation, almost exclusively from the state's Republican lawmakers, who criticized him for withholding this data.

While Cuomo once wielded significant deference in Albany, the floodgates opened on lawmakers dishing details on his reputation as a bully after Democratic Assemblyman Ron Kim of Queens came forward to call Cuomo “an abuser” during an appearance on ABC's “The View.”

In the days before his national TV appearance on February 19, Kim described a threatening phone call he received from the governor while he was at home trying to give his child a bath. Kim said Cuomo berated him for 45 minutes.

Other lawmakers began to speak out about similar experiences.

“You know, it's no secret that this governor has a history of bullying members of the legislature,” Assemblyman Angelo Santabarbara, an upstate Democrat, told Insider. “It's well known in Albany … And I got to tell you, it's a scary thing to get a call like that. You don't know what's going to happen.”

Lieutenant Gov. Kathy Hochul will take over as governor.

’The Day After Tomorrow’ film foretold a real and troubling trend: The Atlantic ocean’s circulation system is weakening