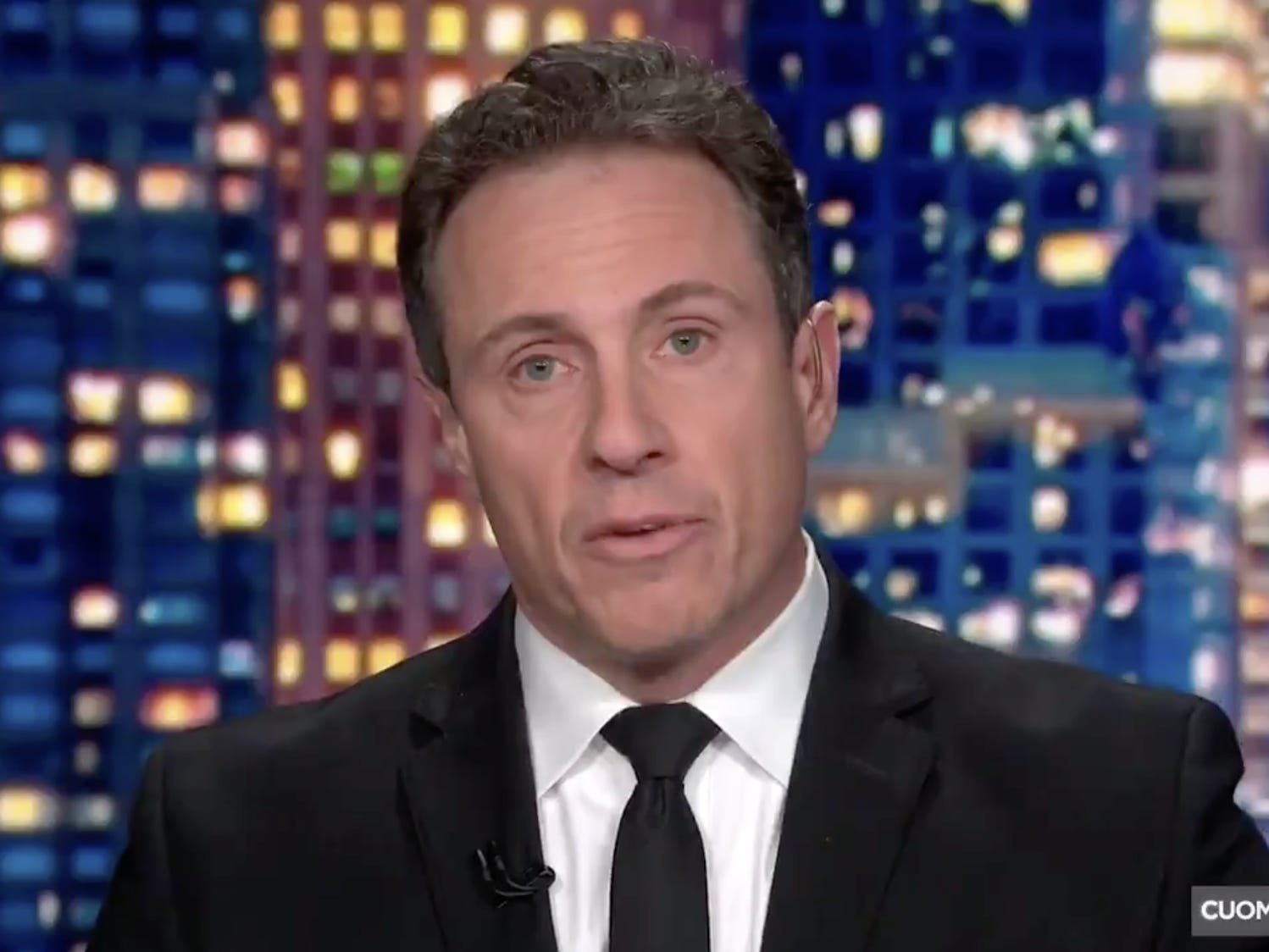 CNN host Chris Cuomo is continuing to advise his brother, New York Gov. Andrew Cuomo, amid calls for the latter to resign over sexual harassment, The Washington Post reported Monday.

Citing “people familiar with the situation,” The Post said that the host of CNN's “Cuomo Prime Time” is one of a handful of people advising the embattled politician.

Last week, the New York Attorney General's office released a report concluding that the Democratic governor had engaged in serial sexual harassment, spurring a fresh round of calls for him to step down. Cuomo has denied wrongdoing.

A spokesperson for CNN did not immediately respond to Insider's request for comment.

In May, the cable news network stood by its anchor after the Post reported he had taken part in strategy calls with his brother's communications team, raising eyebrows among media watchdogs. That collaboration was detailed in the New York AG report.

At the time, CNN defended his actions by noting that their 9 p.m. weekday anchor had not taken part in coverage concerning his brother. Cuomo himself apologized to colleagues. “To them, I'm truly sorry.”

Cuomo is on vacation this week, as he announced last Friday on CNN. “I'll be fishing,” he said.

The best online sales and deals happening now, including discounts from Casper, Kohl’s, and The Happy Planner

10 Things in Politics: What Trump’s not spending his cash stash on