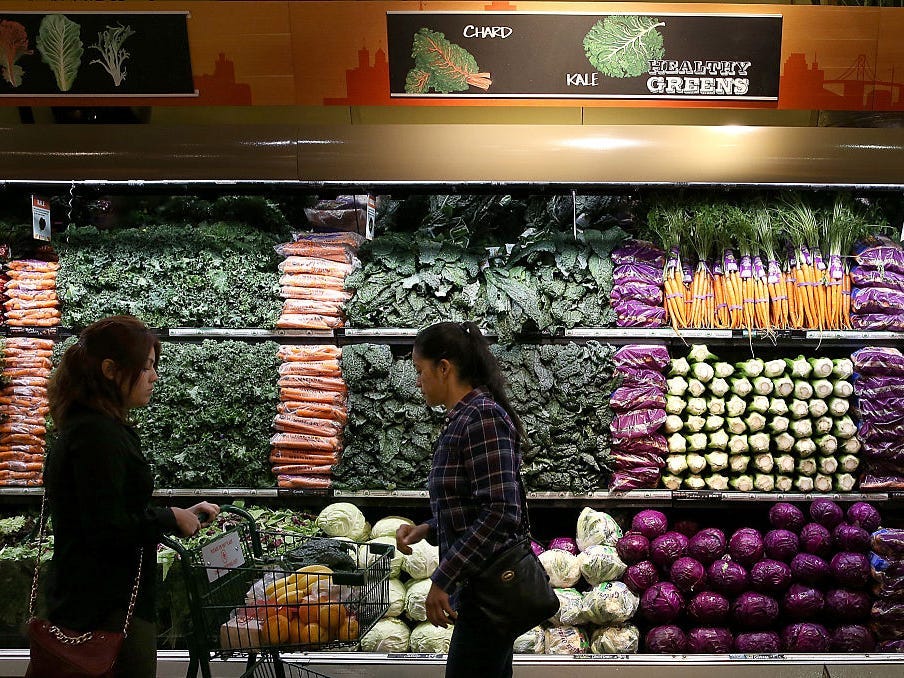 Whole Foods has 505 stores in the US and employs more than 105,000 people.
Prior to its acquisition by Amazon in 2017, the grocer reported $16 billion in sales.
Whole Foods' average customer is a West Coast woman who is 29 years old and earning $80,000 per year.
See more stories on Insider's business page.

Just one out of 10 US shoppers are Whole Foods customers, according to data from the analytics firm Numerator prepared for Insider.

Whole Foods is estimated to be the 10th-largest grocery chain in the US, making sales in the neighborhood of about $16 billion, per its last annual report before Amazon bought the company in 2017.

Numerator found that Whole Foods' typical shopper is a west-coast millennial woman between 25 and 34 years old. She typically has a graduate degree and an annual income of more than $80,000.

Although a slight majority of Whole Foods customers identify as white, the store is especially popular with Black and Asian American shoppers, according to Numerator.

The typical customer visits Whole Foods every three to four weeks – about 14 trips per year – and picks up 9 products for a total cost of about $46 per trip, Numerator found.

About 5% of her spending takes place at Whole Foods – about half of what she spends on Amazon. Whole Foods shoppers also tend to choose the stores in-house 365 brand, as well as Organic Valley dairy products and Applegate meats.

Across all retailers, Whole Foods shoppers buy a lot more kombucha than the typical US shopper. They also love Driscoll's berries.