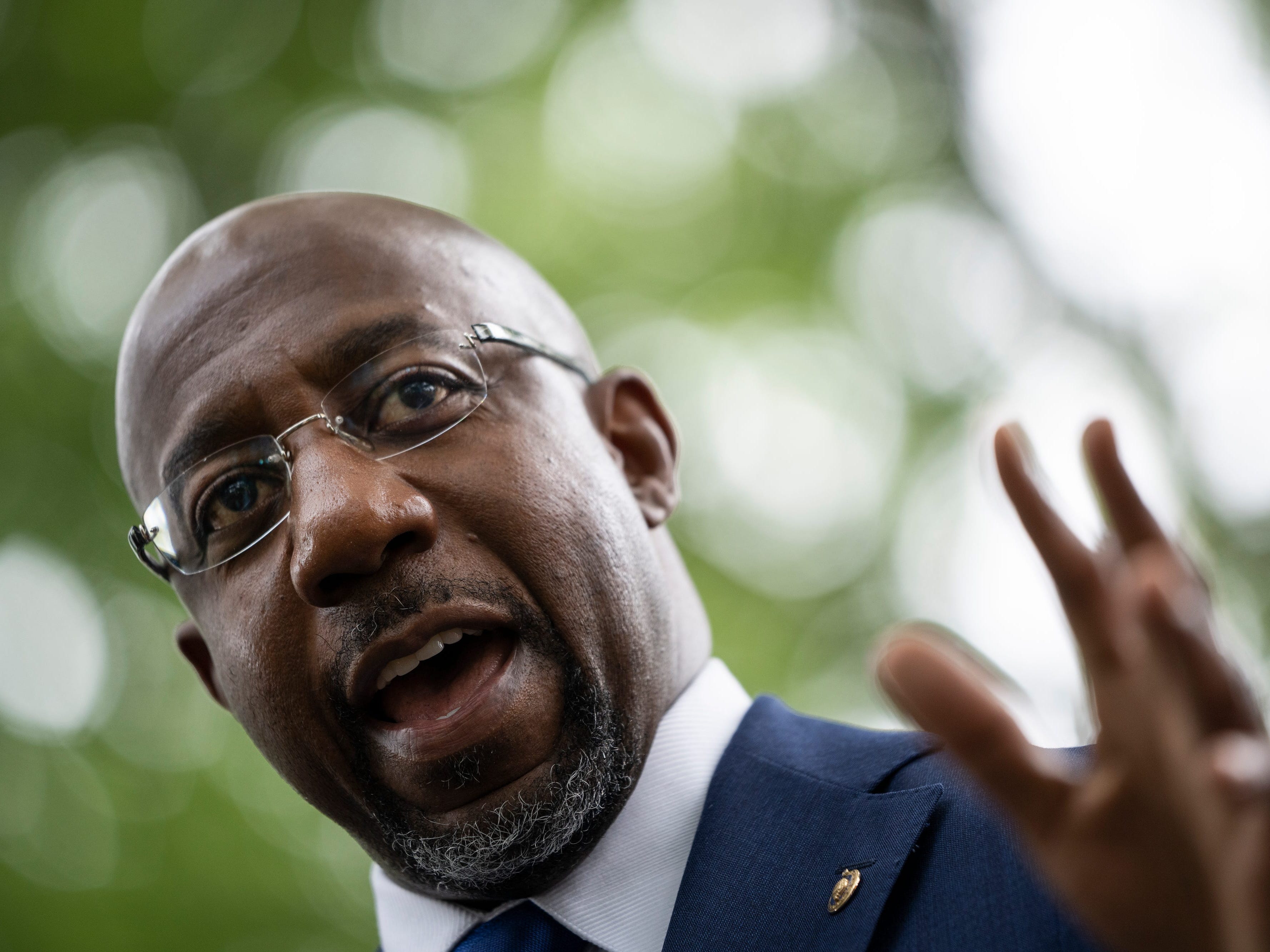 Sen. Raphael Warnock of Georgia speaks during a rally about voting rights and ending the filibuster near the US Capitol on August 3, 2021.

Warnock spent $344,531 on security. Sen. Mark Kelly spent $247,487 and Sen. Jon Ossoff spent $162,107.
Republicans that voted to impeach President Trump were among the highest spenders.
A late March ruling by the FEC has prompted several members of Congress to use campaign funds for personal security.
See more stories on Insider's business page.

Senator Raphael Warnock of Georgia has spent $344,531 on personal security this year, according to a Daily Beast analysis of campaign finance data filed with the Federal Election Commission.

Rounding out the top 3 were two other freshman senators: Sen. Mark Kelly of Arizona, who spent $247,487 and Sen. Jon Ossoff, who spent $162,107. Kelly's wife, former Arizona Rep. Gabby Giffords, nearly died after a 2011 assassination attempt at an event in Tucson, Arizona.

The security spending is driven by increased security concerns among members of Congress following the January 6 assault on the US Capitol. One of the top 10 spenders, Rep. Eric Swalwell, told the Daily Beast, “Threats to my and my family's safety intensified dramatically when I was named an impeachment manager in January, and have not abated since.”

Among Republicans, Sens. Josh Hawley and Ted Cruz each spent significant sums of money on security, though they had both been engaging in this kind of spending for some time. Republicans that voted to impeach former President Donald Trump also racked up large security bills, including Sen. Pat Toomey, Rep. Liz Cheney, and Sen. Mitt Romney.

In late March, the Federal Election Commission determined in a 5-1 ruling that federal candidates can only spend campaign funds on “bona fide, legitimate, professional personal security personnel.” That ruling has opened the door for campaigns to spend money on bodyguards, prompting a growth in campaign security spending. Altogether, more than two dozen campaigns had spent $1.6 million on security this year.

Here are the top 10 spenders on security this year, according to the Daily Beast: