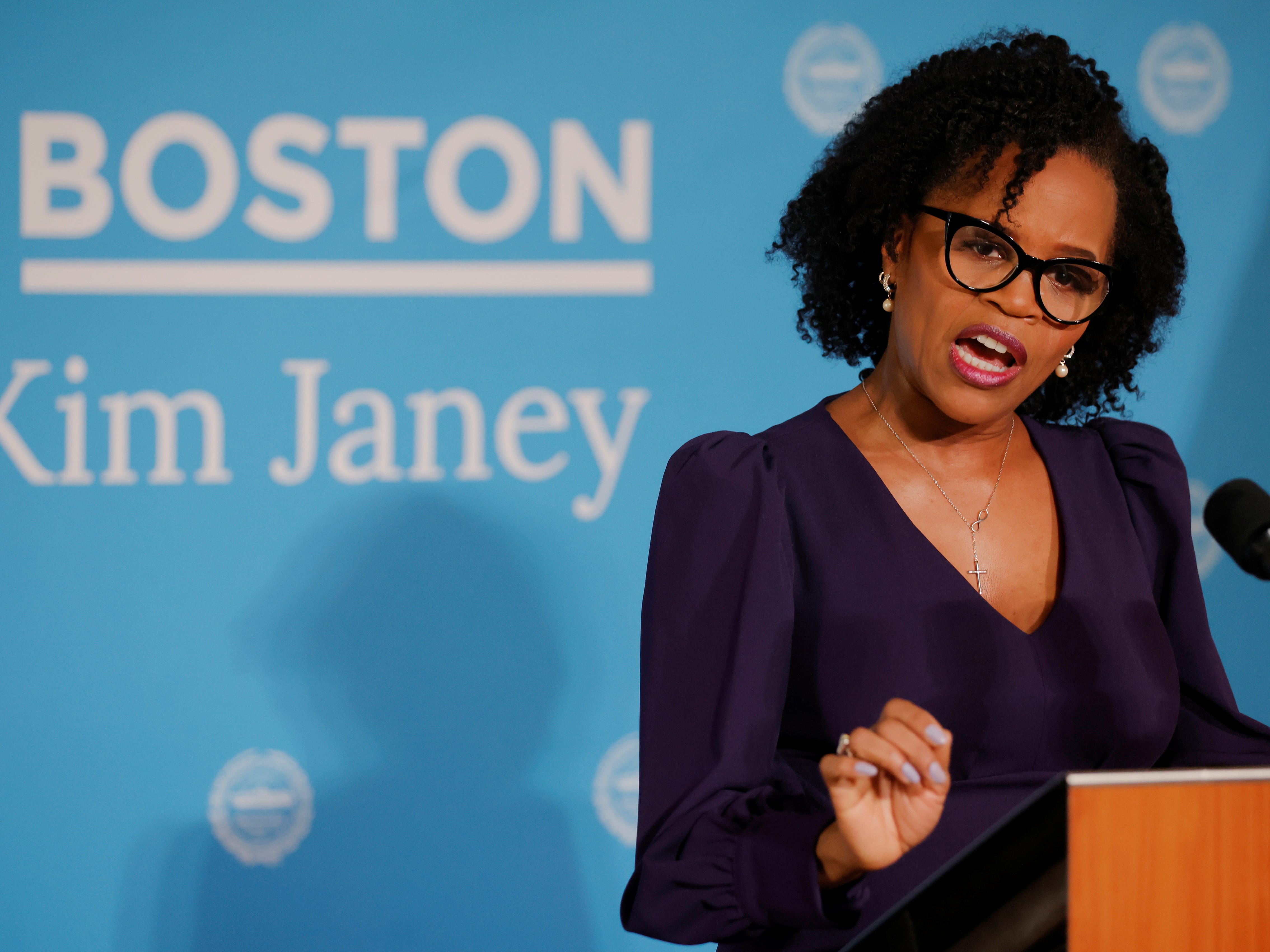 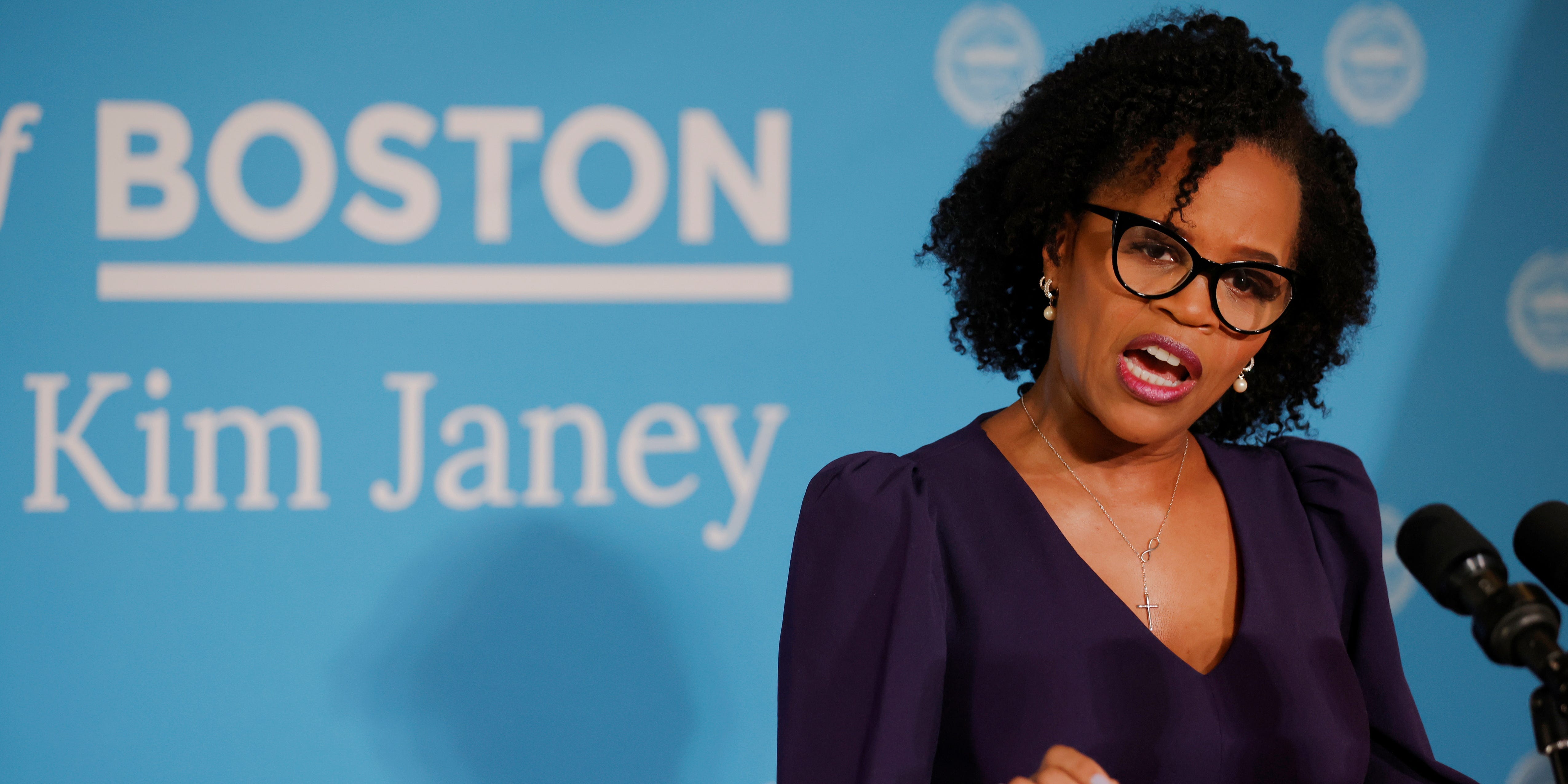 Acting Boston Mayor Kim Janey walked back her remarks likening COVID-19 vaccine credentials to slavery-era freedom papers.
She came under fire after rejecting proof-of-vaccination policies.
Janey said she regretted the analogy “because they took away from the important issue” of addressing the spread of COVID-19.
See more stories on Insider's business page.

“There's a long history in this country of people needing to show their papers – during slavery, post-slavery, as recent as, you know, what immigrant population has to go through here,” Janey said on Tuesday, referencing the certificates of freedom used by African Americans to prove they had a right to move and avoid being kidnapped and enslaved.

“We heard Trump with the birth certificate nonsense,” the acting mayor, who is currently running for a full term, added. “Here we want to make sure that we are not doing anything that would further create a barrier for residents of Boston or disproportionally impact BIPOC communities.”

“Instead, you want to lean in heavily with partnering with community organizations, making sure that everyone has access to the life-saving vaccine,” she continued.

Janey was criticized by campaign opponents for her COVID-19 vaccination credentials analogy, with some saying “this kind of rhetoric is dangerous.”

“Showing proof of vaccination is not slavery or birtherism,” mayoral candidate Andrea Campbell said Tuesday, according to a WCVB report. “This is a time when leaders need to step up and take decisive action to keep residents safe, and I'm disappointed in our acting mayor for failing to do that.”

City Councilor Michelle Wu, who is also running for mayor against Janey and Campbell, also tweeted Tuesday: “Our leaders need to build trust in vaccines,” adding that she supports requiring proof of vaccination “to protect people” so the “burden does not fall on our small businesses and workers.”

On Thursday, Janey walked back her remarks but doubled down on her opposition to vaccine passports.

“I wish I had not used those analogies because they took away from the important issue of ensuring that our vaccination and public health policies are implemented with fairness and equity,” Janey said during a press conference Thursday.

“If vaccine passports were imposed today, with a government mandate to ban unvaccinated residents from venues like restaurants or gyms, that would shut out nearly 40% of East Boston, and 60% of Mattapan,” she continued. “Instead of shutting people out, shutting out our neighbors who are disproportionately poor people of color, we are knocking on their doors to build trust and to expand access to the life-saving vaccines.”

Janey is the first Black American and first woman to serve as mayor of Boston after former Mayor Marty Walsh joined the Biden administration as labor secretary.

LG’s rollable OLED TV is a marvel of technology, but at $100,000 it’s not ready for prime time