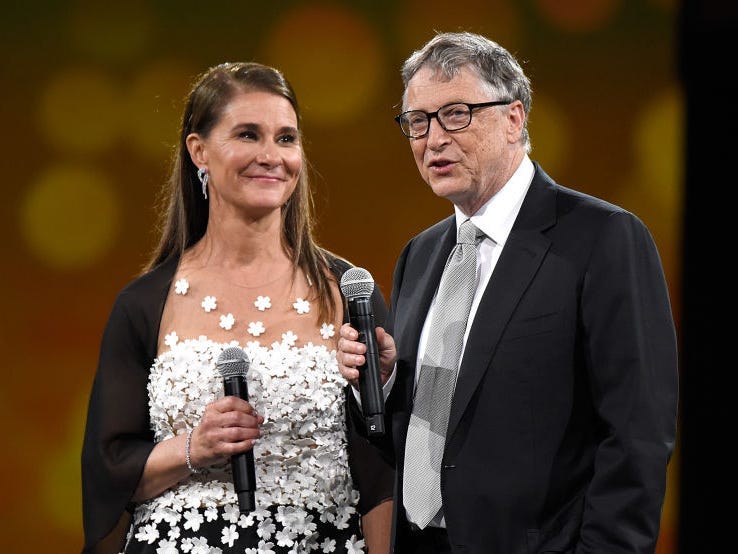 Bill Gates spoke to CNN's Anderson Cooper about his divorce.
He said he and Melinda French Gates would try work together on their foundation after their divorce.
“We are communicating and working at the foundation, so that partnership we're going to try and continue.”
See more stories on Insider's business page.

Bill Gates discussed his divorce from Melinda French Gates in a Wednesday CNN interview, where he said the pair would try to keep working together on their foundation after their divorce.

In the interview with Anderson Cooper, Gates said he and his ex-wife would try to keep working for the Bill & Melinda Gates Foundation, which combats infectious diseases and poverty.

He added: “We always enjoyed our work together. The two of us can go out and work with leaders and help build the organization, so that would be definitely the best thing for the foundation.”

The foundation announced in early July that the former couple would enter a two-year trial period to see whether they can keep working together. If they find that they can't, French Gates will resign as cochair of the foundation, leaving Gates fully in charge.

Gates Foundation employees recently told Insider's Becky Peterson and Ashley Stewart that they were concerned about the long-term fate of what they were working on, and described uncertainty and confusion at the organization.

Source: Bill Gates said he and Melinda French Gates would try to keep working together after their divorce

Lindsey Boylan, the first woman to accuse Gov. Cuomo of sexual harassment, plans to sue him and his advisors for retaliating against her, report says