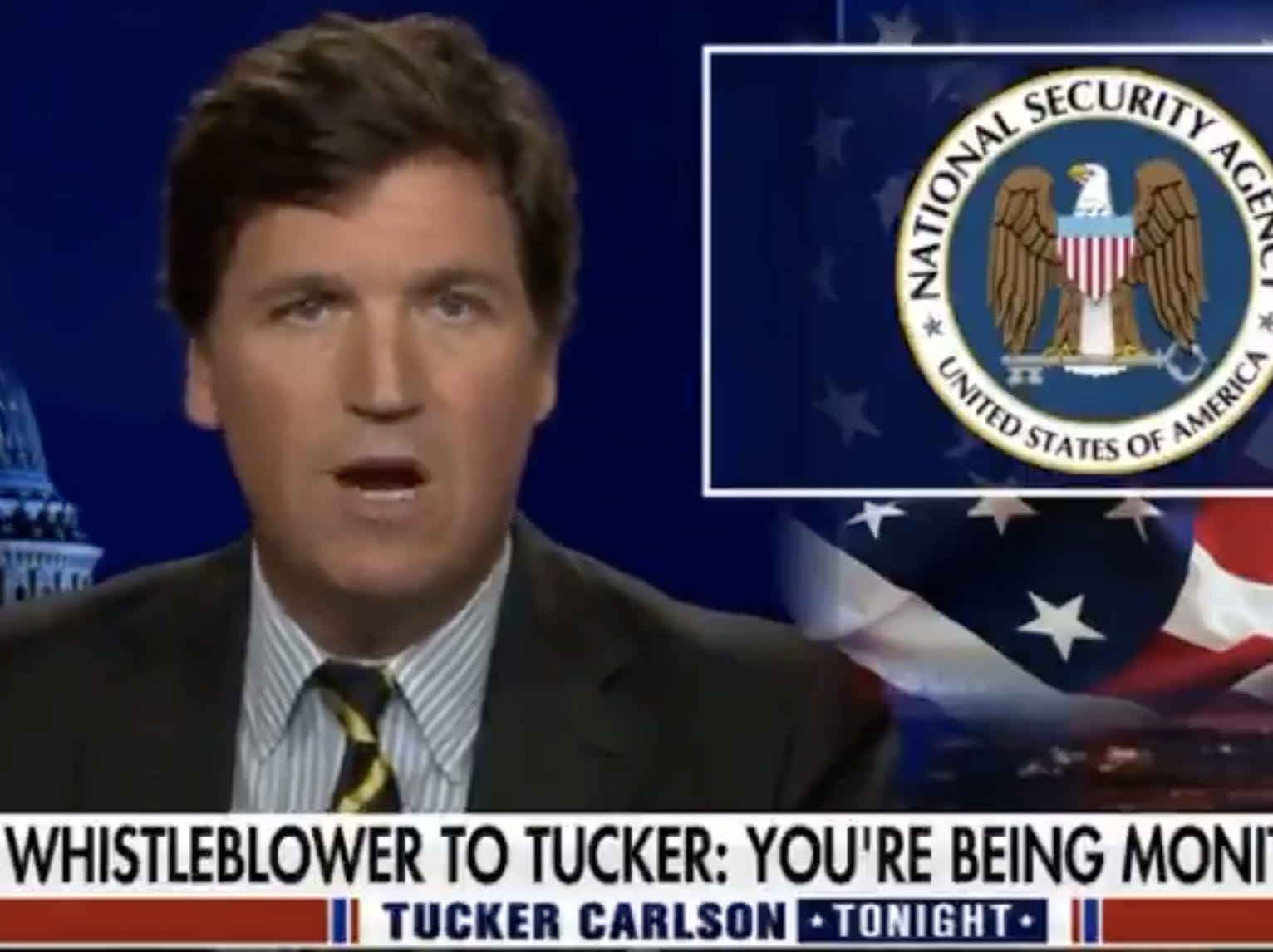 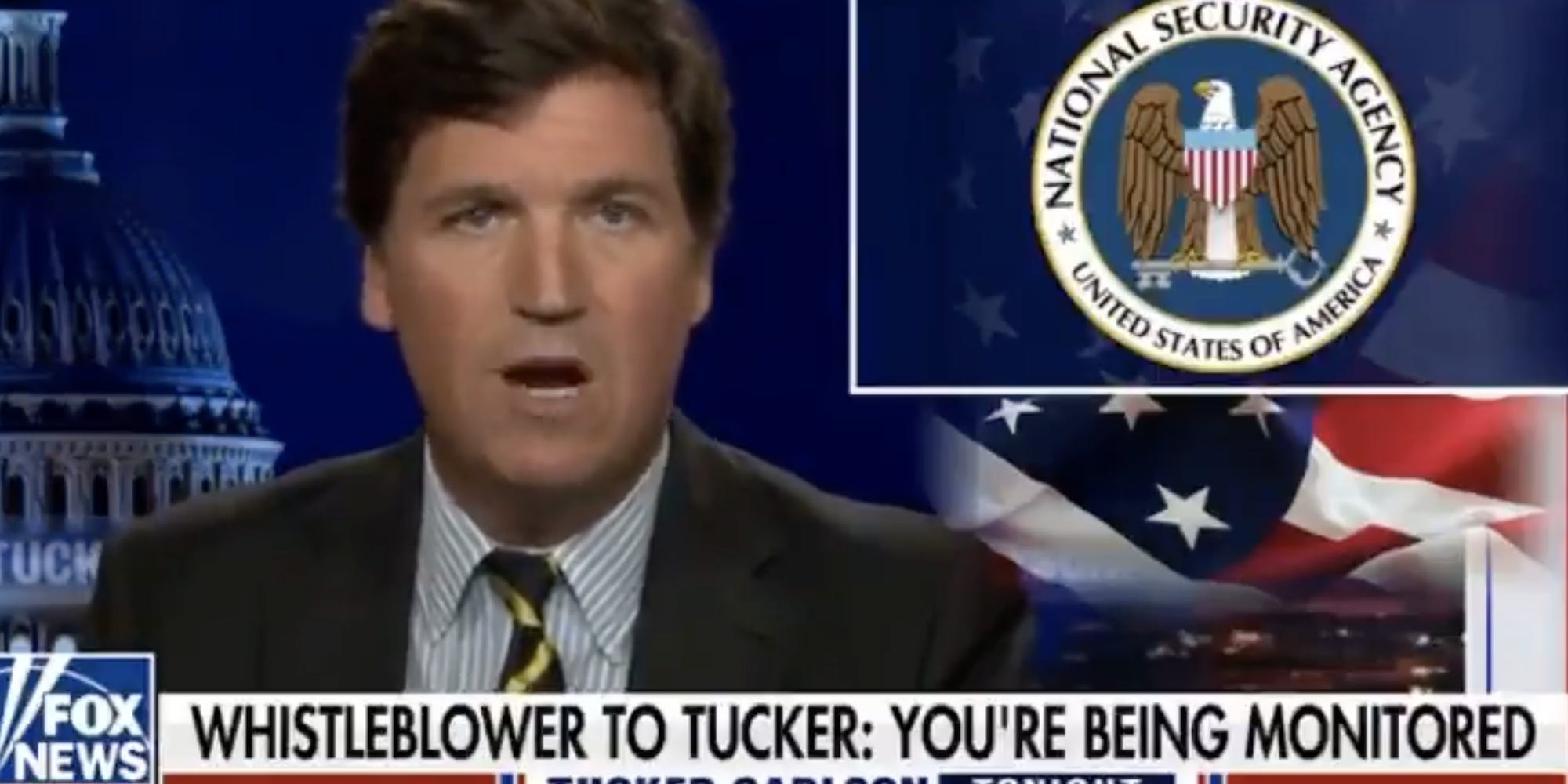 Tucker Carlson on the June 28 edition of his show.

Fox News host Tucker Carlson claimed that the NSA is monitoring his show.
He said a source tipped him off about the surveillance, but offered no proof.
Carlson has long stirred fears that US intelligence is plotting against ordinary conservatives.
See more stories on Insider's business page.

Fox News host Tucker Carlson told viewers on Monday night that the National Security Agency (NSA) is monitoring his show as part of a plot to take it down.

The host said that a US government whistleblower contacted his show “to warn us that the NSA, the National Security Agency, is monitoring our electronic communications and is planning to leak them in an attempt to take this show off the air.”

The host said that he'd been shown information by the whistleblower that could have only have been accessed if Carlson's texts and emails had been hacked. He did not share that information, or offer any other proof for his claim.

Carlson said that he had submitted a records request seeking further information, and said “spying on opposition journalists is incompatible with democracy.”

Carlson's claims were received with skepticism by those with experience of the NSA and national-security issues.

“This is an open offer to the alleged NSA whistleblower – If in fact you have evidence of improper or unlawful collection of the comms of @TuckerCarlson call me and I will see if I can assist you in making proper, lawful disclosures through the approved channels,” tweeted Bradley Moses, an attorney specialising in national security cases.

(HoIS is an abbreviation for “hostile intelligence service.”)

However, the Justice Department under both the Obama and Trump administrations did spy on journalists as part of national-security probes in recent years.

Carlson has long stirred fears that US intelligence and law enforcement agencies are seeking to persecute ordinary conservatives. But has offered scant evidence in support of the claims and has been accused of seeking to whitewash violent right-wing extremism.

In the wake of the January 6 riot Carlson claimed that a law-enforcement drive against white nationalist groups and other figures on the far right was part of the covert plot.

In recent weeks he has spread the conspiracy theory that the FBI may have instigated the January 6 riot in order to entrap and discredit Trump supporters.

He has long claimed that the threat of far-right extremism, which has motivated a series of mass shootings in the US which have killed hundreds, is being exaggerated. He doubled down on that claim on his show Monday.

“Americans are, in fact, much more likely to die from a lightning strike than at the hands of a white supremacist,” Carlson said. “White supremacy may be ugly, many opinions are, but it is not a meaningful threat to the nation.”

Source: Tucker Carlson claimed the NSA is monitoring his Fox News show as part of a plot to take it off air