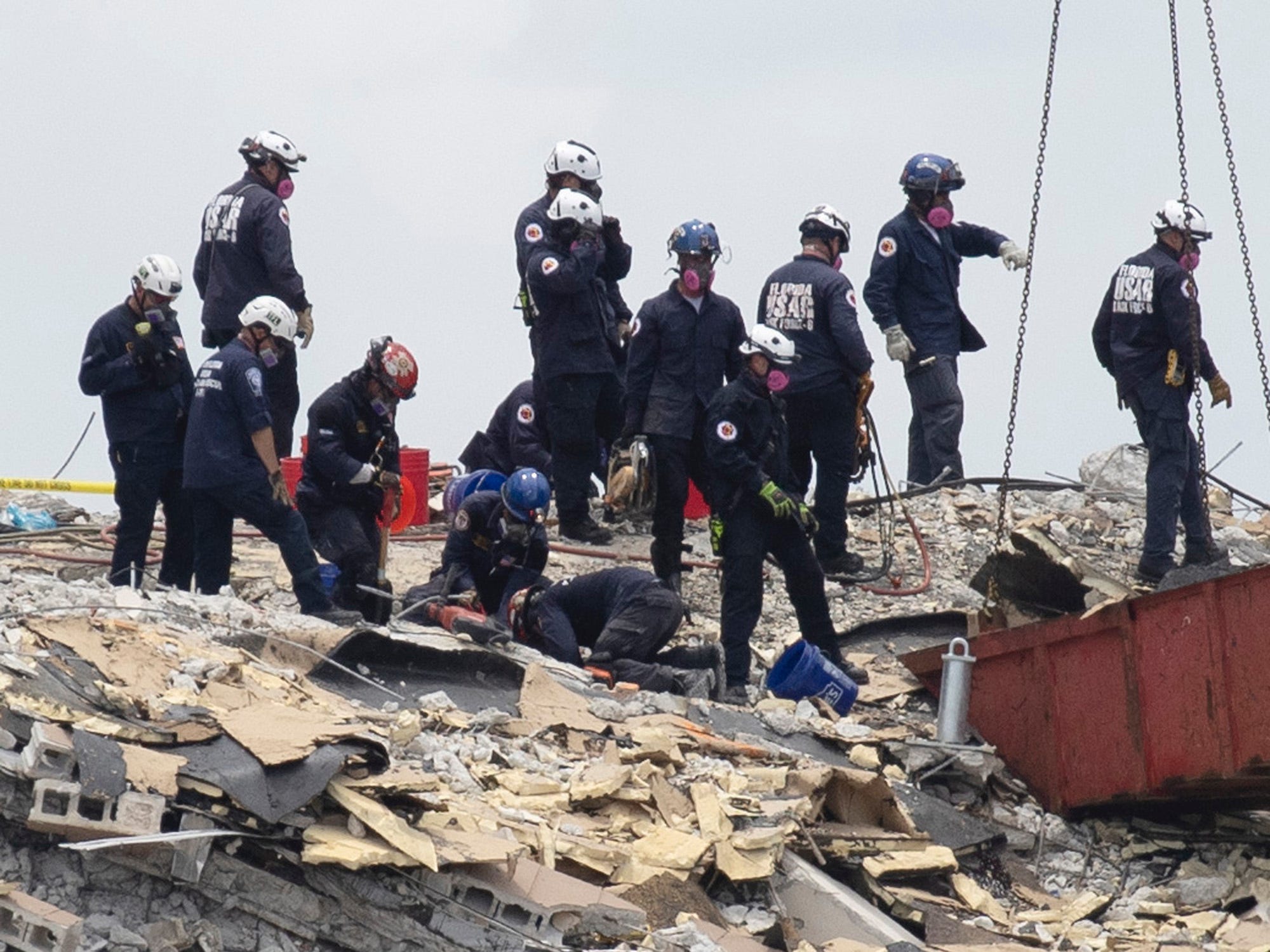 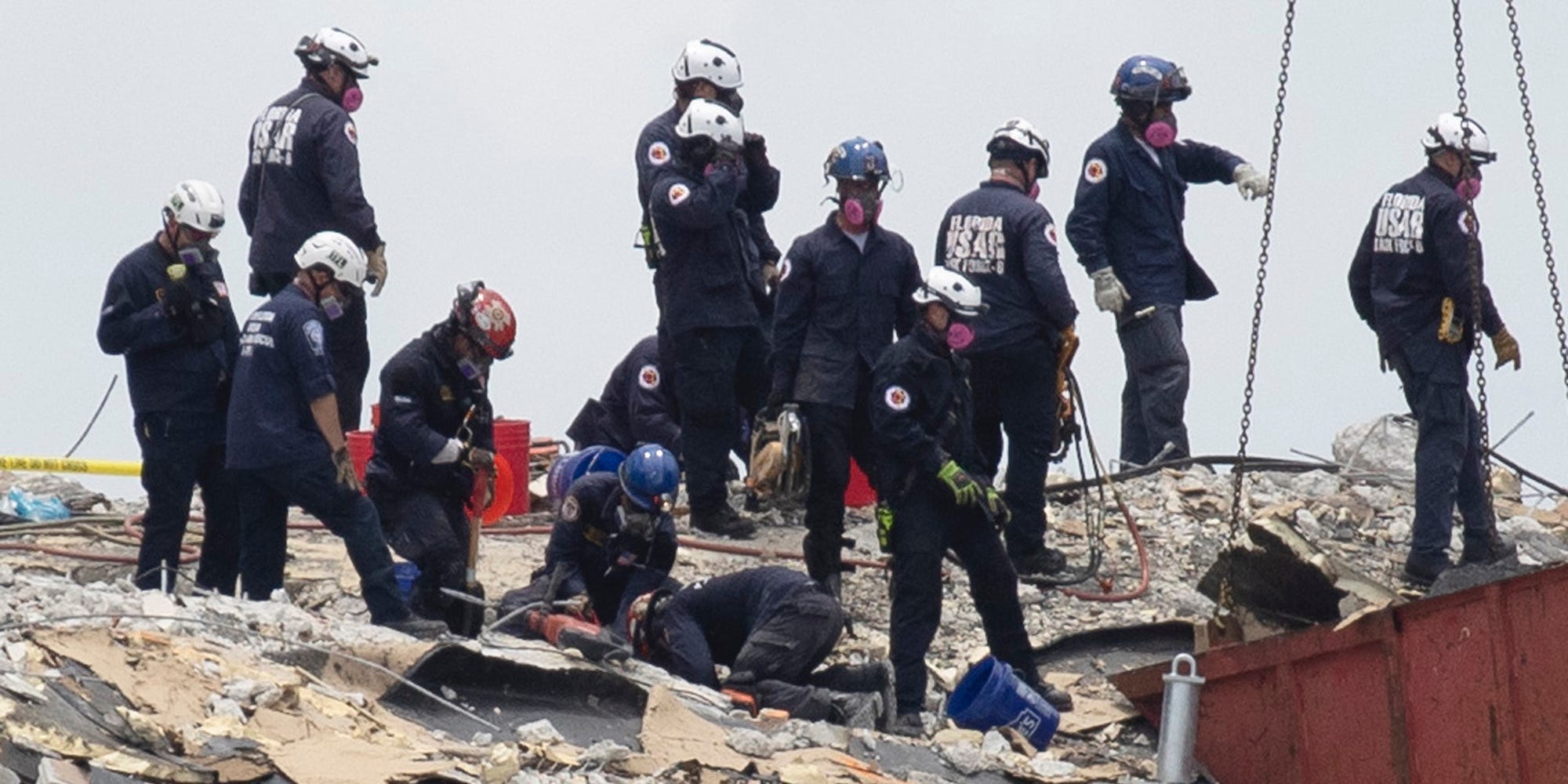 At least 11 people are confirmed dead and 150 missing after a Florida condo collapsed.
Over $1 million has been raised to help victims and their families, The Washington Post reported.
The funds will be used to cover what insurance won't and to help with expenses.
See more stories on Insider's business page.

Over $1 million has been raised for families of victims of the Florida building collapse, The Washington Post reported.

As of Monday night, $1,195,164.04 was raised on the Chesed Fund, which will be administered through the Shul of Bal Harbour synagogue.

“If you have something that's very personal to you that hits family, friends, communities, if you don't do something about it, nobody's going to do anything about it,” Bravo said.

The Champlain Towers South building in Surfside, Florida partially collapsed just after 1 a.m. on Thursday. Search and rescue crews are still working through the rubble and at least 11 people have been confirmed dead with 150 still unaccounted for.

The funds collected will be used for medical needs insurance won't cover for those who are injured and given to the families of those who died, the Post reported.

Michael Capponi, founder of Global Empowerment Mission, a Miami-based nonprofit organization, told the Post that his organization normally assists with international disasters but is now helping get necessary aid to those impacted in Surfside.

The Post reported that Capponi's organization teamed up with BStrong, an initiative by reality TV star Bethenny Frankel, and has so far given 17 families $1,500 Visa gift cards.

Capponi told the Post that “$1,500 is a nice gesture, but in reality, they've lost everything.”

He said the pain of the families in Surfside is like none he's seen before. Two residents told him they paid off their 20-year mortgage a week before the blast.

“An entire life working and now it's crumbled and it's rock and it's debris and it's nothing,” Capponi said.

Others working to provide relief to the families also said the situation was dire.

Shekar Reddy, of the Gummakonda Foundation in Hallandale, Florida, told the Post his organization is working to help displaced people and assist the international family members of those who are missing traveling to the site. The group is helping them book accommodations.

People still missing hailed from more than a dozen countries and authorities have taken DNA samples from family members to help identify them.

“Some of these families, they come from outside the country [and] don't speak English or know how to navigate things like reservations,” Yeny Paola Rico, who founded the Gummakonda Foundation with Reddy, said. “And right now, it's a little bit crazy.”

Source: More than $1 million has been raised for families impacted by the Florida condo collapse

Joe Manchin says he’s ’agreed’ on a Democratic-only reconciliation bill, but not how big it will be