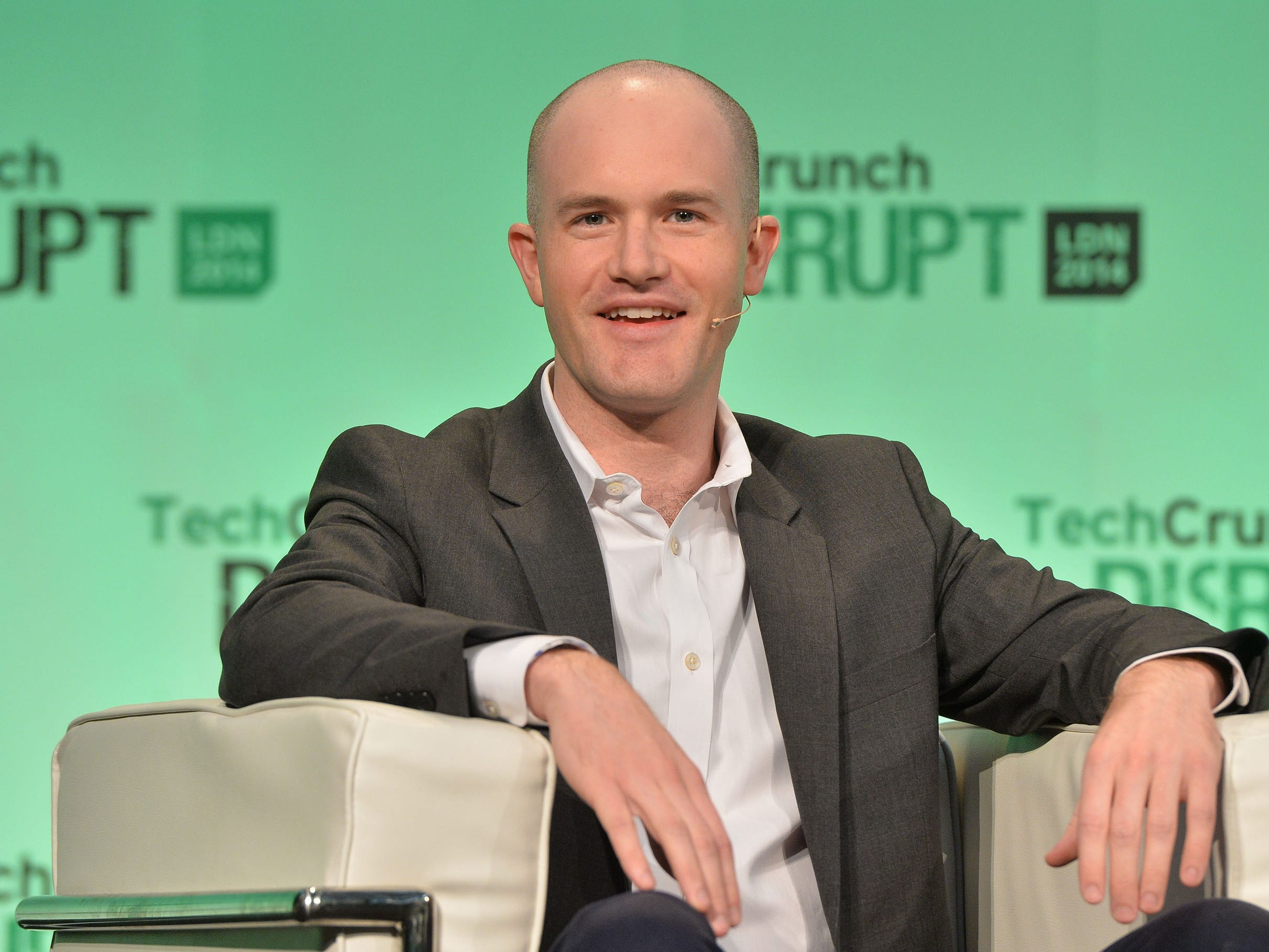 Coinbase CEO Brian Armstrong appears on stage at the 2014 TechCrunch Disrupt Europe/London, at The Old Billingsgate on October 21, 2014 in London, England.

Coinbase CEO Brian Armstrong said in a tweet that the goal is to list every crypto asset that is legally possible.
He followed this up by saying his company does not offer opinions on the value of each asset.
Investors should not take a listing on Coinbase as an endorsement of any token, he said.
Sign up here for our daily newsletter, 10 Things Before the Opening Bell.

Coinbase CEO and co-founder Brian Armstrong on Monday said the goal of his cryptocurrency exchange, the largest in the US, is to list every crypto asset that is legally possible.

“Reminder about how Coinbase lists assets: our goal is to list *every* asset where it is legal to do so,” the executive said in a Twitter thread published to his 720,000 followers on Monday.

He followed this up by saying his firm does not offer opinions on the value of each asset. Investors should not take being listed on Coinbase as an endorsement.

“We are asset agnostic, because we believe in free markets and that consumers should have choice in the cryptoeconomy,” he said. “Do your own research and exercise good judgment.”

Armstrong added that Coinbase is working on tools that will allow ratings and reviews so customers can share their views about specific assets. Listing of crypto assets, particularly meme tokens like dogecoin, has been seen as a sign of legitimacy in the cryptocurrency community.

In June, when Coinbase said it would list dogecoin, the meme token spiked in response. The company even announced plans to give away $1.2 million in dogecoin to encourage users to take advantage of its newest crypto trading option.

In 2017, Coinbase had four cryptocurrencies available to trade: bitcoin, ethereum, litecoin, and bitcoin cash. Today, it has nearly 60 crypto assets, including stablecoins.

In June, the company urged digital asset issuers to apply for a listing on Coinbase, creating an application companies could use to request a review of their crypto project.

“Over time we expect our customers around the world will have access through Coinbase platforms to at least 90% of the aggregate market cap of all digital assets in circulation,” the company said in the post.

Founded in 2012, Coinbase went public via direct listing Nasdaq on on April 14.

Source: Coinbase CEO Brian Armstrong says the goal is for the crypto exchange to list every asset that is legally possible

9 of the best-selling beauty tools and accessories on Amazon