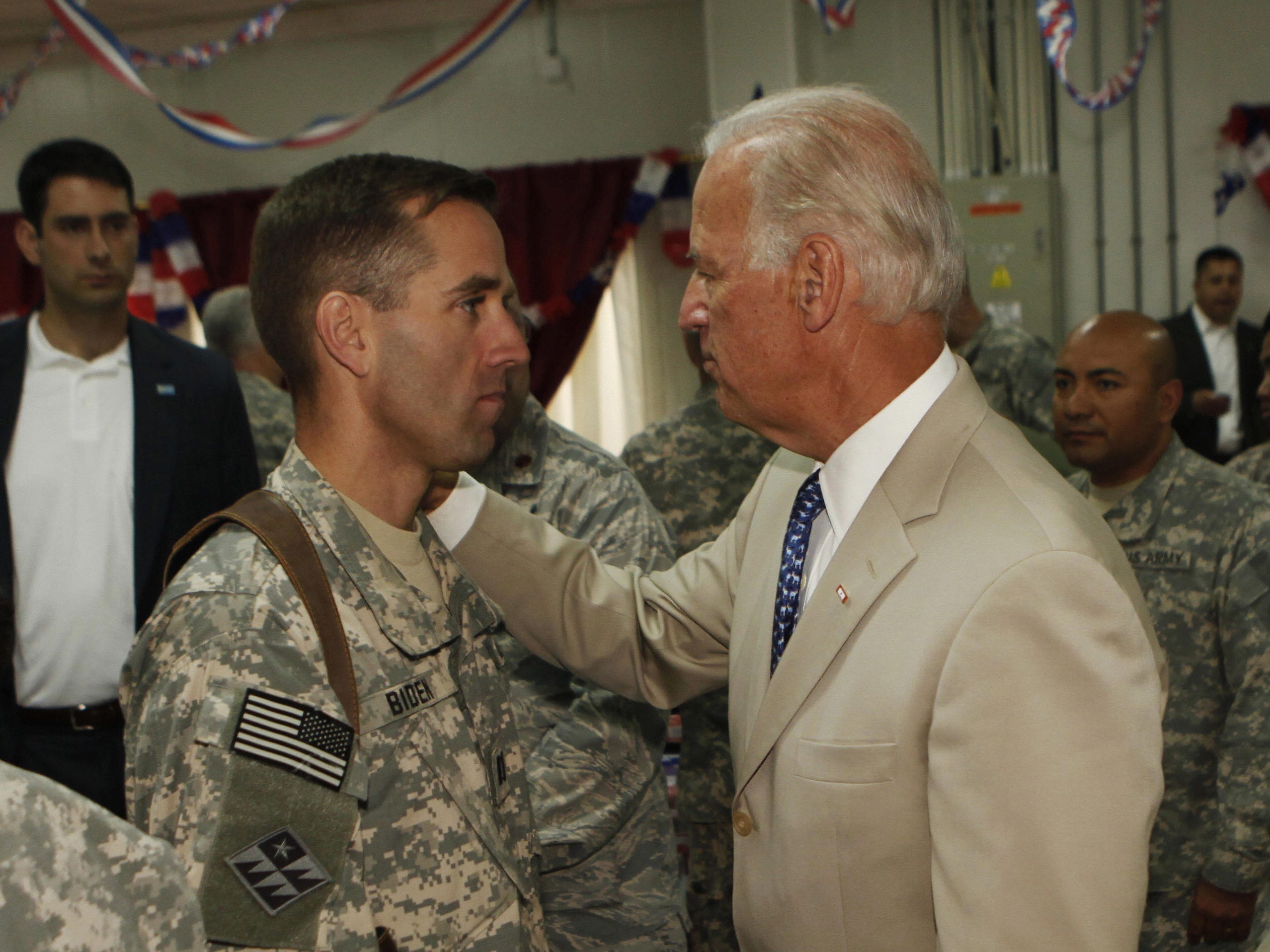 Then-Vice President Joe Biden talks with his son, US Army Capt. Beau Biden at Camp Victory on the outskirts of Baghdad in 2009.

President Joe Biden's son Beau died from brain cancer in 2015 at the age of 46.
The president remembered his son on the sixth anniversary of his death on Sunday.
In a Memorial Day service, Biden said if Beau were alive he would be paying respects to veterans.
See more stories on Insider's business page.

President Joe Biden remembered his son Beau Biden on the sixth anniversary of his death in a Memorial Day service on Sunday.

“Beau didn't die in the line of duty, but he was serving a Delaware National Guard unit in Iraq for a year. That was one of the proudest things he did in his life,” Biden said during the speech at Veterans Memorial Park in New Castle, Delaware.

The president said if Beau were here, “he would be here as well paying his respects to all those who gave so much for our country.”

Biden added: “A lot of time passes, but you all know as well as I do that the moment that we celebrate it is the toughest day of the year. We're honored but it's a tough day. Brings back everything. So I can't thank you enough for your continued service to the country.”

He thanked military families who have lost loved ones in the line of service.

Source: Biden honored his son Beau, who died of brain cancer in 2015, during his Memorial Day speech