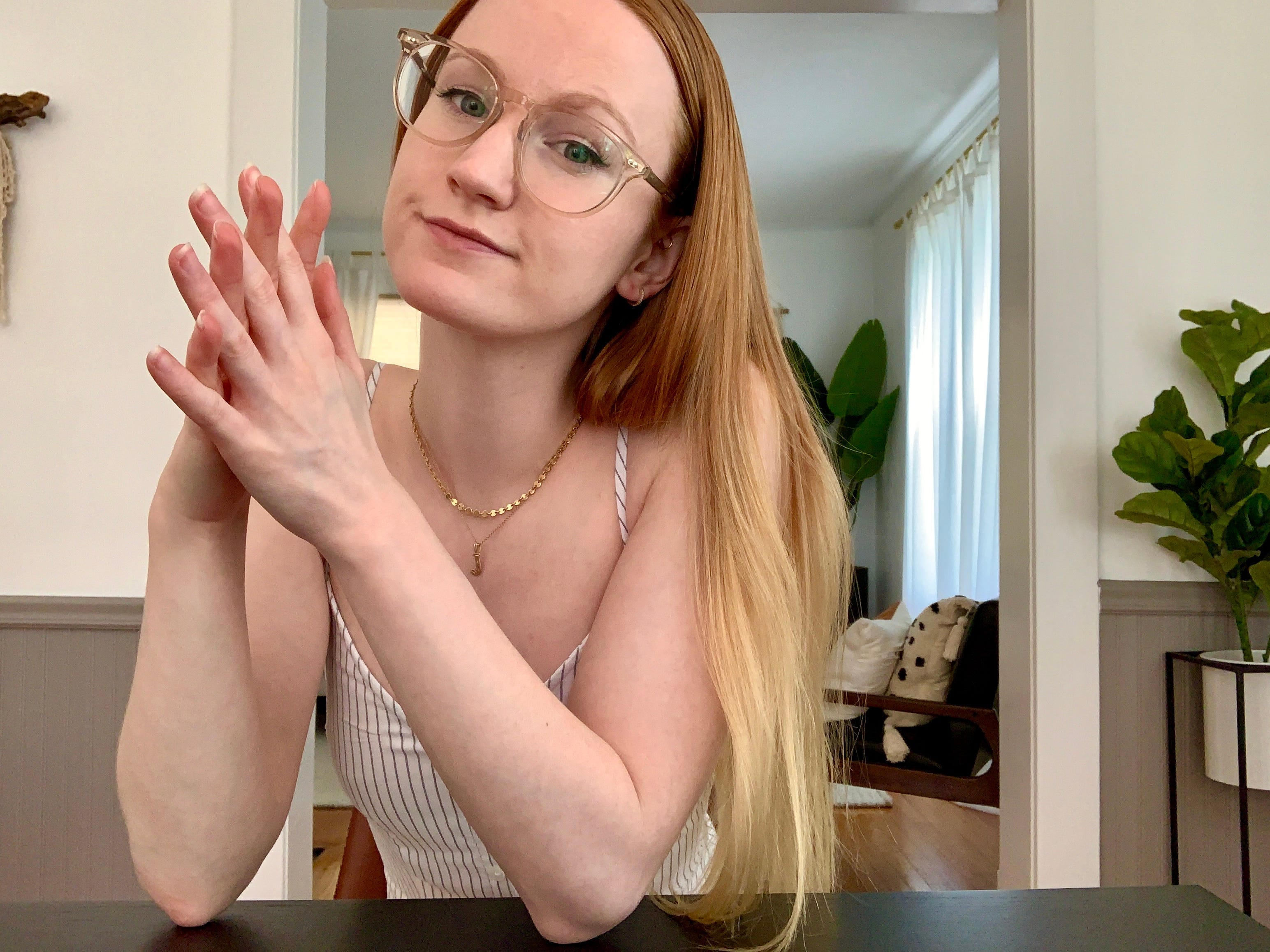 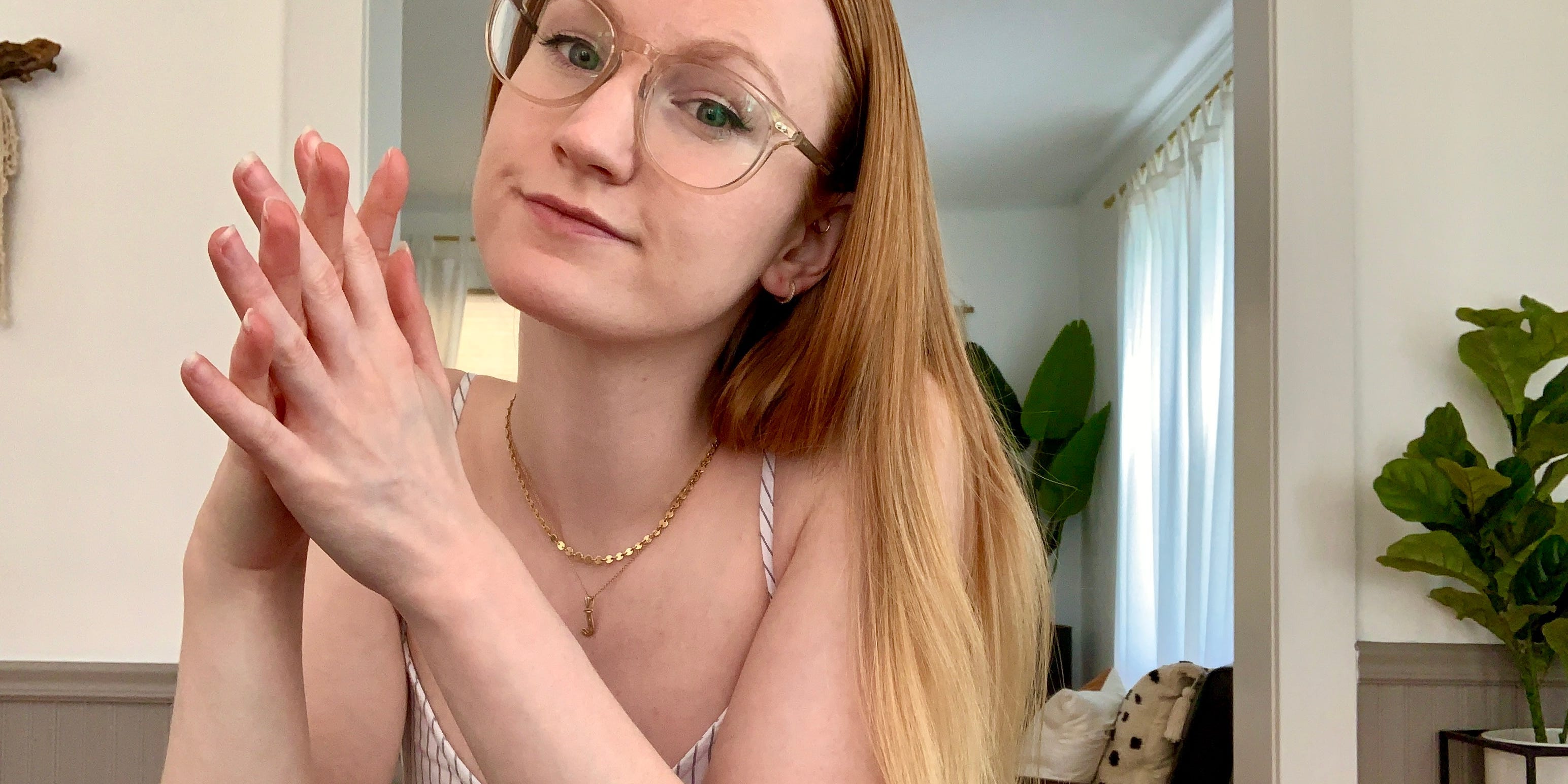 Jessica Spangler advocates for financial feminism and empowerment on TikTok.

Some male TikTokers who are active on StockTok and FinTok still say finance is a man's realm.
But rising female Fintok stars like Jessica Spangler are proving them wrong and advocate for financial feminism.
They aim to empower women to take control and understand their finances and investing.
Sign up here for our daily newsletter, 10 Things Before the Opening Bell.

For some male TikTokers who are active on StockTok and FinTok, the social media platform's financial niches, markets and investing are still 'just for men'.

Age-old stereotypes of women not being able to understand finance, or needing men to explain investing to them, are constantly being retold. Male TikTokers often leave derogatory, insulting comments under the videos of their female peers and appear to be getting more likes and engagement on their content.

Major banks and financial institutions have strived to reduce the gender imbalance in recent years. Goldman Sachs is aiming to have 40% female vice presidents by 2025, 40% of JPMorgan's board members were female in 2020, 39% of Morgan Stanley's global employees were women, Christine Lagarde became the European Central Bank President, two of the six Federal Reserve governors are women.

Yet fewer than 1% of global financial institutions have achieved gender equality according to the Official Monetary and Financial Institutions Forum's 2021 Gender Balance Index. Only 15% of bitcoin and 12% of ethereum investors are women, a survey by trading platform eToro found earlier this year. And on social media, gender stereotypes are still all the rage.

“One of my first videos was talking about capital gains tax with short-term investing and just a whole bar of comments from guys: 'she has no idea what she's talking about, none of this is true, this is completely inaccurate' and I was literally sharing factual information. I mean it's not a debate, it's not an opinion, it's fact,” Jessica Spangler told Insider..

From simple comments like “you're wrong” to mockery and full-blown insults – it's all commonplace online. Scrolling through popular hashtags like #fintok, #stocktok, #investing or #finance creates a bleak image in terms of gender equality, with the vast majority of content being put out by young men. The “finance bro” community is alive and well.

Spangler, who has over 151,000 followers on TikTok and goes by the handle @ecommjess, says she is making 'financial feminism' a key part of her online brand.

“It is possible as a female to have a voice in finance, to take control of your own financial situation and to kind of advocate and empower yourself through financial education,” Spangler said. “It doesn't have to be, you know, an old guy in a suit that gives you all your information,” she said.

“I just want women to feel like can have their own financial future and be financially independent and that they don't need anybody else to, you know, handle their money for them,” Spangler said.

Spangler credits her commitment to financial feminism to her mother, who inspired her to take control of her own money.

She didn't start her working life in the financial markets, despite having taken college credit courses on business and finance and completing certificates and an associate's program in finance and business management in high school.

Spangler earned a doctorate degree in clinical pharmacy and began working in the field. After noticing how many women both at work, where a number were also educated to doctorate level, and in her personal life knew next to nothing about finance, she decided that had to change – and started her financial social media accounts.

In her videos, Jessica explains everything from 401ks and Roth IRAs to credit card rewards, as well as concepts such as extended warranty and capital gains tax. But she also uses her platform to actively encourage women to invest and educate themselves about finance.

In fact, the vast majority of her followers are women, she said. And they are more than keen to learn about finance – Spangler's comments are filled with young girls and women asking for advice and further clarification. Any topics that help them set themselves up for a secure financial future are especially popular, she said. But she avoids giving direct financial advice and instead encourages them to educate themselves – a core part of her social media accounts' mission.

“I am trying to educate, to provide people with the tools to assess information on their own and go out into the world and look into these things further so that hopefully they feel inspired to learn more and make their own decisions and mostly just feel empowered to make those decisions,” Spangler said.

Source: From WallStreetBets to TikTok, finance is still all about ’bro culture’ – but a FinTok ’financial feminist’ and her over 150,000 followers are trying to change that

One of the biggest fossil finds in California history has revealed ancient elephants, camels, and bone-crushing dogs