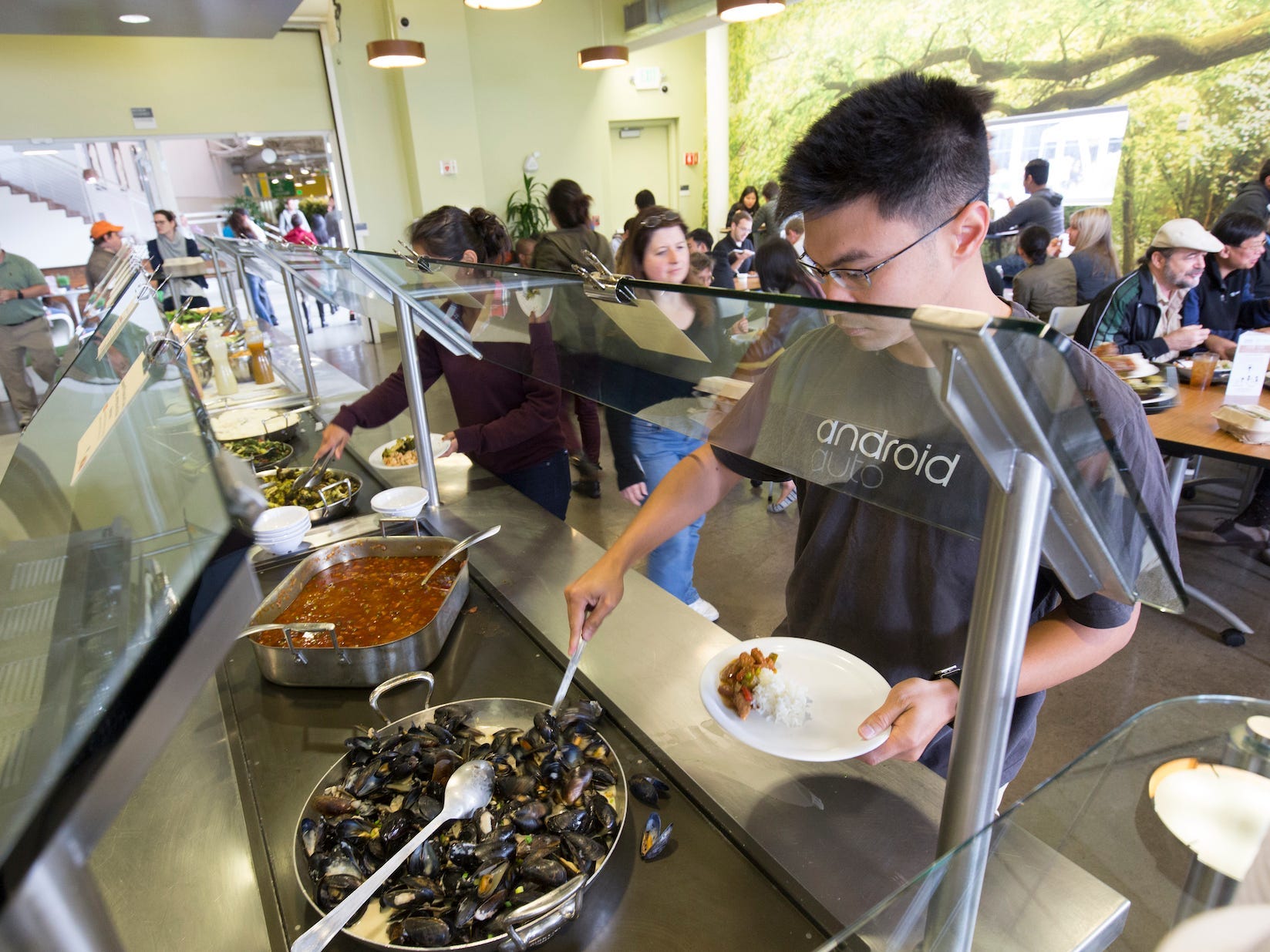 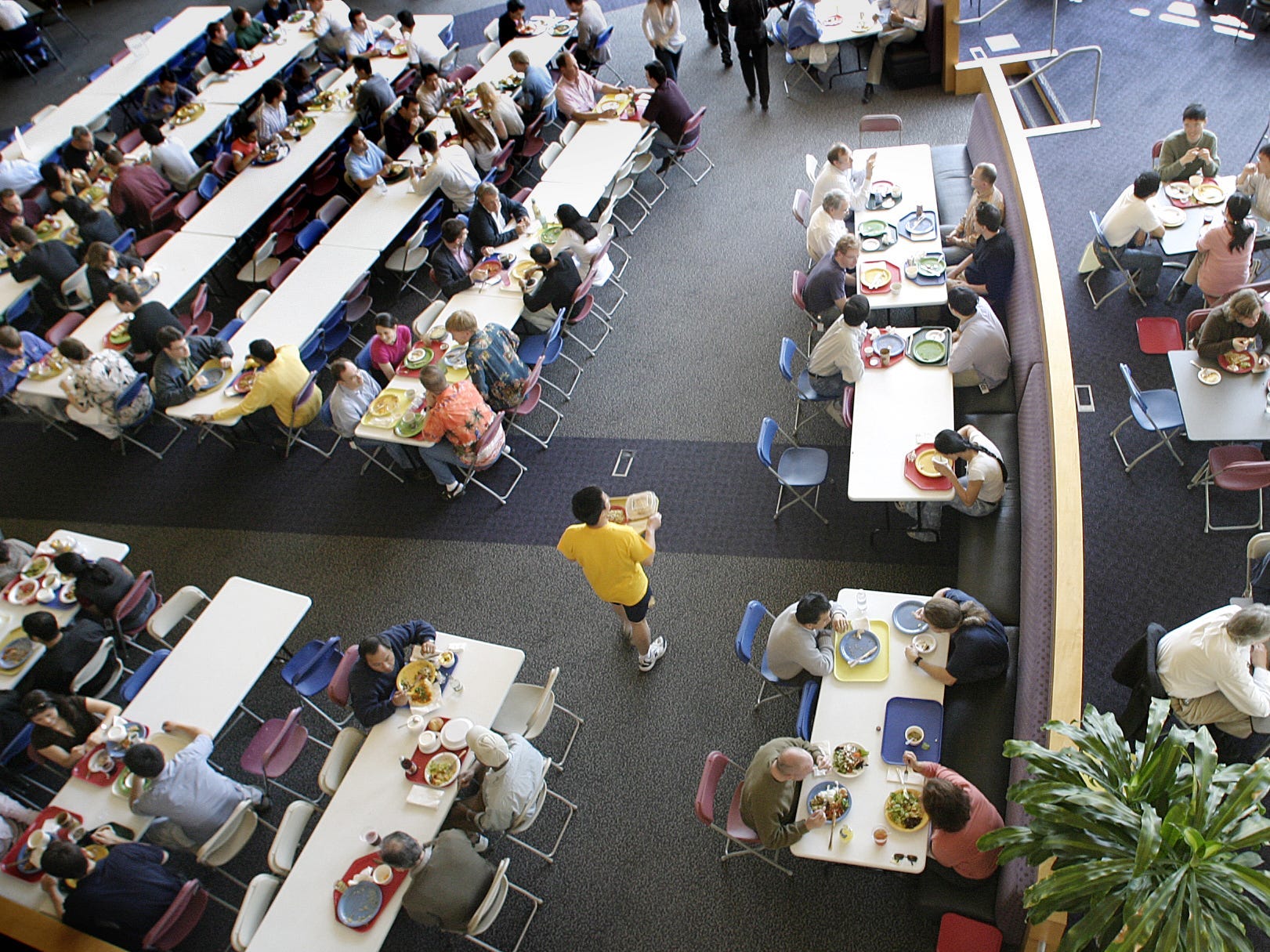 Google staff eating at its Mountain View employee cafe in 2005.

Google staff will no longer be able to get eat from its buffet-style spreads, The New York Times.
As staff return to offices, they will instead get free boxed meals and individually packaged snacks.
Google's massage rooms, fitness centers, and shuttle buses will also be off limits.
See more stories on Insider's business page.

Google is well known for its staff perks, and has been credited with starting the trend of high-quality, free corporate catering.

When staff return to the office post-pandemic, they'll be able to get their free food again – just not from Google's famous buffet.

The company's cafeterias are moving from buffet style to boxed, grab-and-go meals and individually packaged snacks, it told The New York Times.

It would also close its massage rooms and fitness centers, and suspend shuttle bus services.

Read more: Google's push to bring employees back to offices in September is frustrating some employees who say they'll quit if they can't be remote forever

It said it expected US employees to return to offices in September, though it plans to offer a hybrid office model. Some staff and former employees told Insider's Hugh Langley that they weren't happy about the return to office, including one who said they had quit because Google wasn't allowing them to work fully remotely.

The company is encouraging employees to get vaccinated against COVID-19, though it isn't mandating this for their return to office.

As companies moved to work from home, the world of employee perks – and catering in particular – was shaken up. 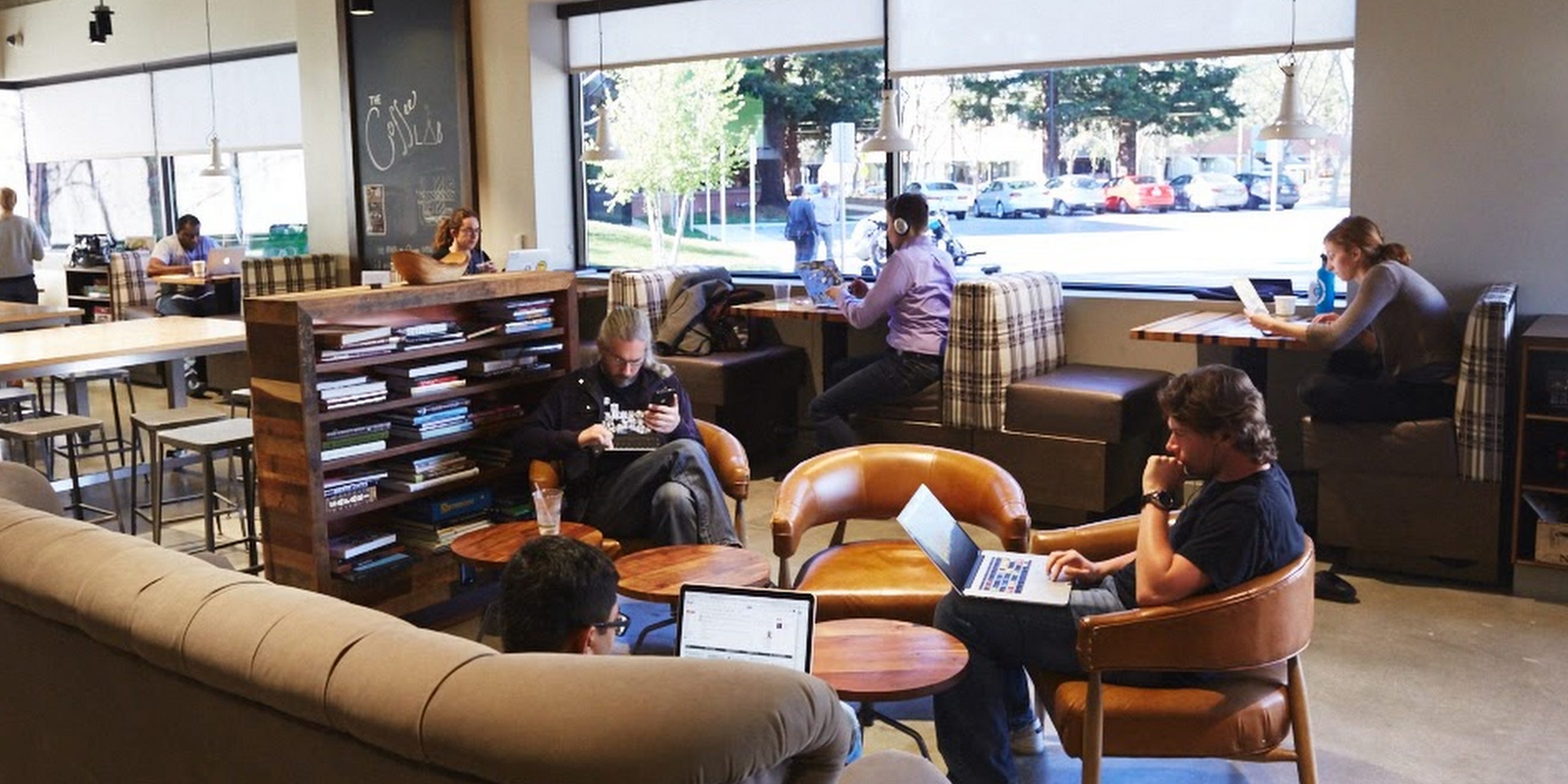 Google staff in an on-site cafe.

Corporate catering company Alchemista told Insider that it had previously provided food for staff at companies including Splunk and TripAdvisor, but that business dried up during the pandemic, leaving it with just one main client, pharma giant Moderna.

Its CEO Christine Marcus said the trend of companies providing corporate catering would continue after the pandemic, but that companies might pivot to heated food lockers instead. These keep food warm during the day, allow staff to collect their meals contact-free, and reduce companies' real-estate footprint, compared to on-site catering.

“I think it's going to be a very different world when people go back to work,” Marcus said.

Source: Google is scrapping its famous, lavish staff buffets as its reopens its offices, but employees can still get free food

Spurs’ Becky Hammon ready for head coaching opportunity: ’Somebody’s going to have to take a chance’