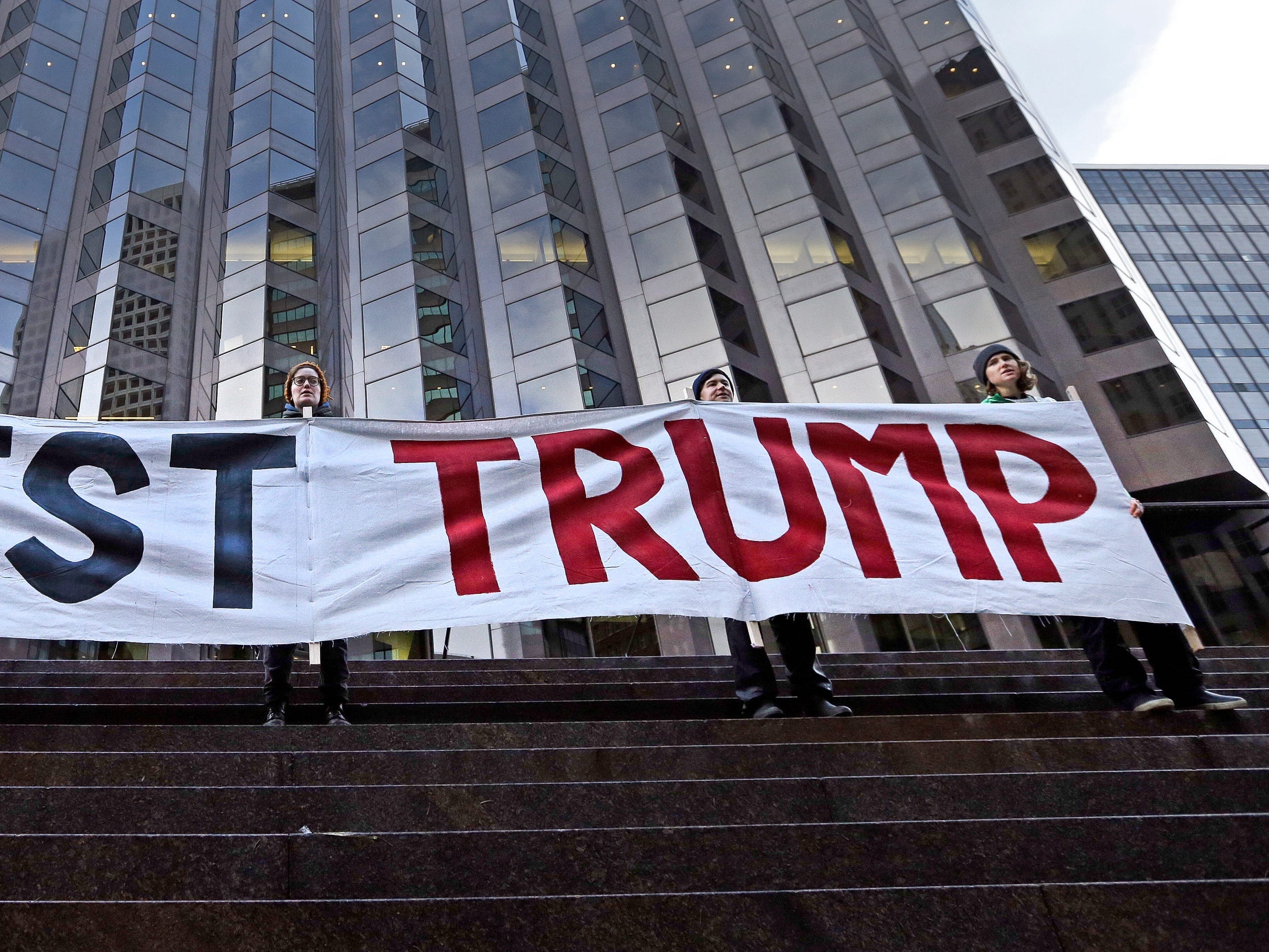 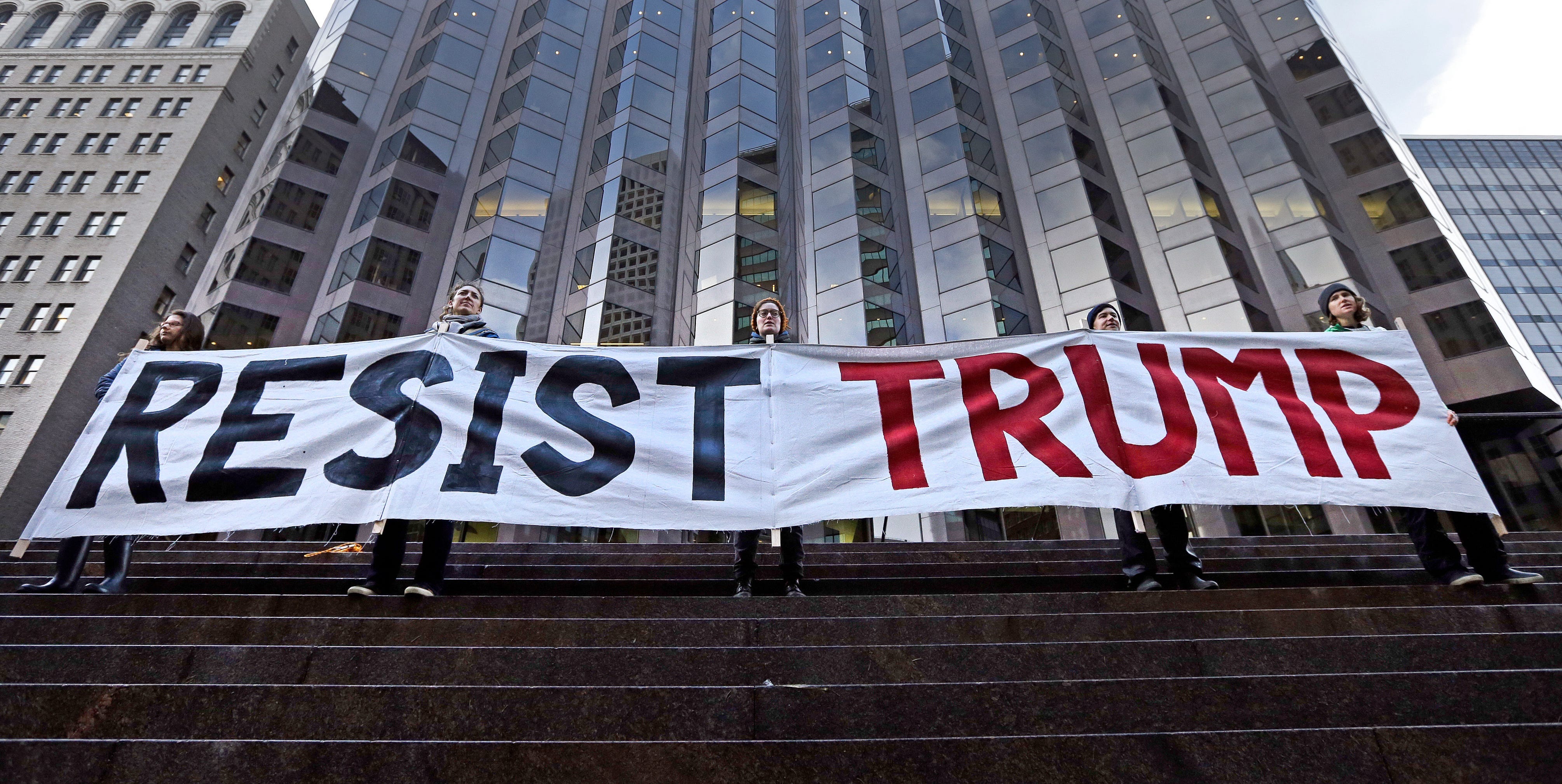 Protestors outside 555 California Street in San Francisco in 2017.

Vornado and Trump will get $617 million as part of a $1.2 billion bond sale, Bloomberg reported.
The payout is part of a refinancing deal for 555 California Street in San Francisco.
Trump is a 30% partner in 555 California and 1290 Avenue of the Americas in New York.
See more stories on Insider's business page.

Former President Donald Trump may receive a multimillion payout from his minority ownership stake in a San Francisco property with Vornado Realty Trust, which on Friday sold $1.2 billion in bonds, according to Bloomberg.

The deal included a $617 million return for the partners, Bloomberg had previously reported. It was unclear how much would go directly to Trump.

The Trump Organization has about 30% ownership in office towers on both coasts through a partnership with Vornado. Together, they own 555 California Street in San Francisco and 1290 Avenue of the Americas in New York City.

As much as $800 million of Trump's net worth is tied up in the buildings. Unlike other buildings owned outright by The Trump Organization, the ex-president doesn't have control over the properties he owns with Vornado.

The money raised on Friday from bonds sales would be used to refinance loans and fund construction on their three-building 555 California property, according to Bloomberg.

Vornado is in the middle of a $66 million redevelopment project for both 555 California and 345 Montgomery Street, another of the buildings in the complex, according to a February filing with the Securities and Exchange Commission.

Built in 1969, the 52-story 555 California building was formerly known as the Bank of America Tower.

Before his presidency, Trump sought to cash out his stake in the Vornado properties, Insider reported. As banks and businesses cut ties with Trump during or after his presidency, Vornado reportedly considered buying out Trump's stake, The Wall Street Journal reported earlier this year.

Source: Donald Trump is set to receive a $617 million windfall, along with Vornado Realty Trust, from a property refinancing deal, reports say

Amazon was ranked by LinkedIn as the best place to grow your career. But the list omitted major factors like pay and race.

I try a lot of skincare for my job, and Maelove makes some of the best products I’ve ever reviewed