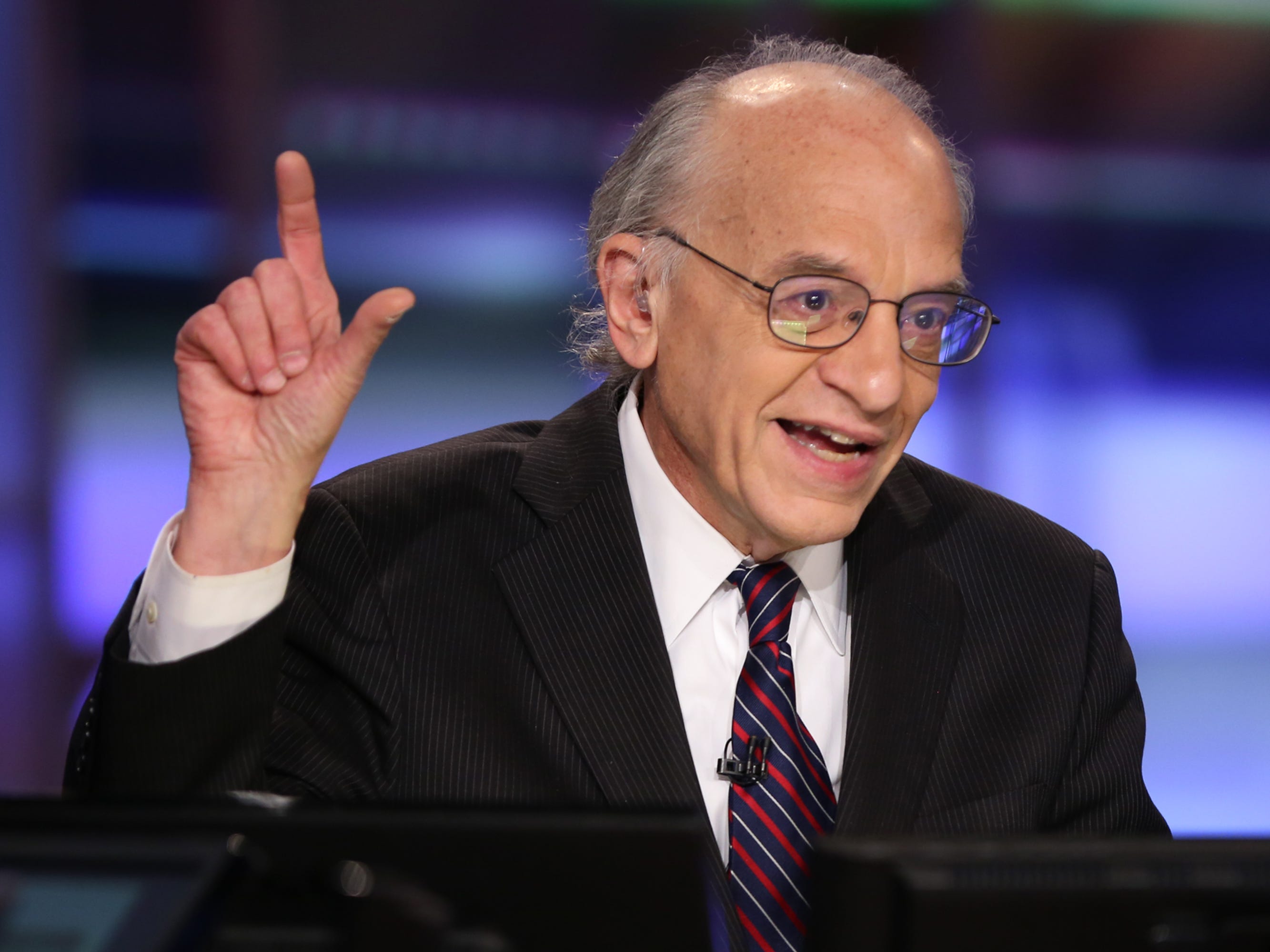 The bull market in stocks is just getting started, according to Wharton professor Jeremy Siegel.Siegel said the stock market could surge 40% from here before it stages a 20% correction.“I have never seen a Fed Chairman so dovish,” Siegel said of Jerome Powell in an interview with CNBC.Sign up here for our daily newsletter, 10 Things Before the Opening Bell.

The bull market in stocks is just getting started as it enters its third inning, Wharton professor Jeremy Siegel said in an interview with CNBC on Thursday.

Siegel said the stock market could surge 30%-40% from current levels before it stages a 20% correction. The bullish backdrop for Siegel is partly based on Fed Chairman Jerome Powell, who has been steadfast in recent weeks that the Fed is not planning to raise interest rates anytime soon despite growing evidence that a strong economic rebound from the COVID-19 pandemic is materializing.

Siegel expects a strong inflationary year of 4% to 5% as increased demand and supply chain disruptions lead to a boost in prices. Powell views the expected jump in inflation as temporary.

“I have never seen a Fed Chairman so dovish,” Siegel said of Powell. Siegel expects that a rise in inflation and interest rates amid a booming economy will ultimately force the Fed's hand, leading them to raise the fed funds sooner than expected.

But even in that environment, Siegel reminded viewers that in an economic environment dominated by a jump in growth, inflation, and interest rates, investors want to own stocks, which represent a claim on real assets like land, trademarks, and businesses.

“Enjoy this ride [because] it's going to keep on going,” Siegel said of rising equities, before adding that he sees stock market gains extending through the end of 2021 at least. “I would not be cautious [on stocks] right now,” Siegel said.

Lawyer for Matt Gaetz associate: ’I am sure Matt Gaetz is not feeling very comfortable today’

Millions of Americans will struggle to get back into the workforce and they’ll need support, Fed’s Powell says