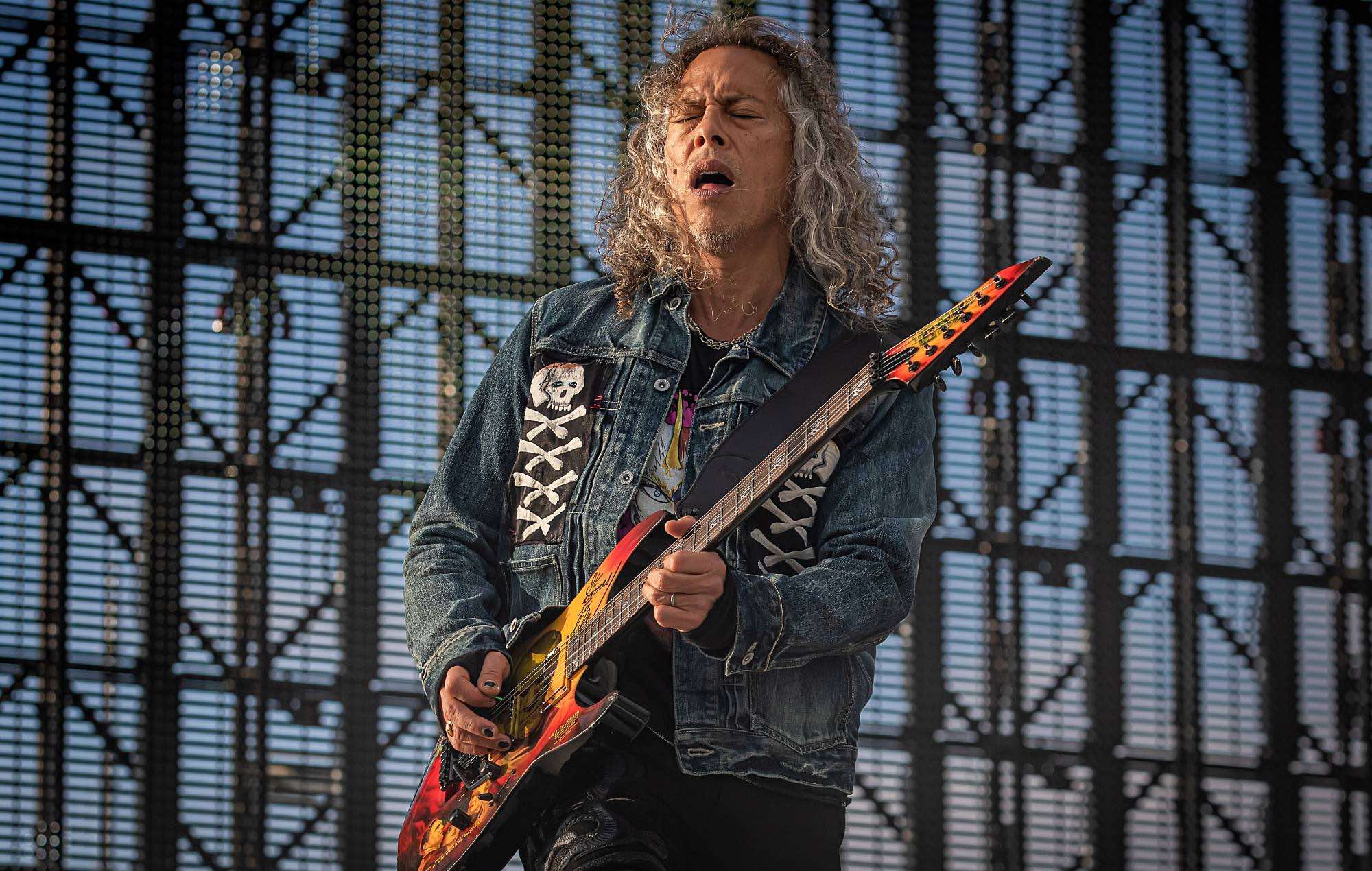 The guitar used by Kirk Hammett in the video for Metallica‘s classic single ‘One’ has gone up for auction.

The ESP 400 series instrument, which is said to be ​in “excellent” condition, is now available to bid on through Heritage Auctions for a limited period. Its current bid price is $26,000 (£18,900).

Hammett’s signature appears in silver ink at the bottom of the natural solid body, with the guitar also coming with a signed certificate of authenticity and original hard case. You can check out the preview image below.

An official description reads: “Very clean and all-original ESP Strat-style guitar. Has a 1 & 11/16th width nut on a rosewood slab neck. Signed on the body in silver ink by Kirk Hammett and accompanied by a Certificate of Authenticity, also signed by Kirk Hammett. 7.90 lbs. Original hard case included. Condition: Excellent.”

The ONE, the only, Kirk Hammett's “One” guitar!

Metallica’s video for ‘One’ came out back in 1989, and was the first official video the band ever made. The single features on the group’s fourth studio album ‘…And Justice for All’, released in 1988.

“Shot in black and white and splicing footage and audio from the 1971 film Johnny Got His Gun, the ‘One’ video was a staple on MTV,” Heritage’s listing continues. “But it wasn’t just a Headbanger’s Ball staple – it was on MTV during the daytime in between videos from U2, Debbie Gibson, and Bon Jovi.

“It was an intense proclamation that showed Metallica was going to be a band to reckon with in the mainstream in the years to come.”

Meanwhile, a collaboration between Metallica and Elton John appears to be on the horizon. John revealed last month that he’s “done something” with the band, although further details on the project are not yet known.

The post Kirk Hammett’s signed guitar from Metallica’s ‘One’ video is up for auction appeared first on NME.

Source: Kirk Hammett’s signed guitar from Metallica’s ‘One’ video is up for auction

St. Vincent on cancel culture: “Find me the person who has lived a flawless life”

Sylvester Stallone confirms he will not be returning for ‘Creed III’