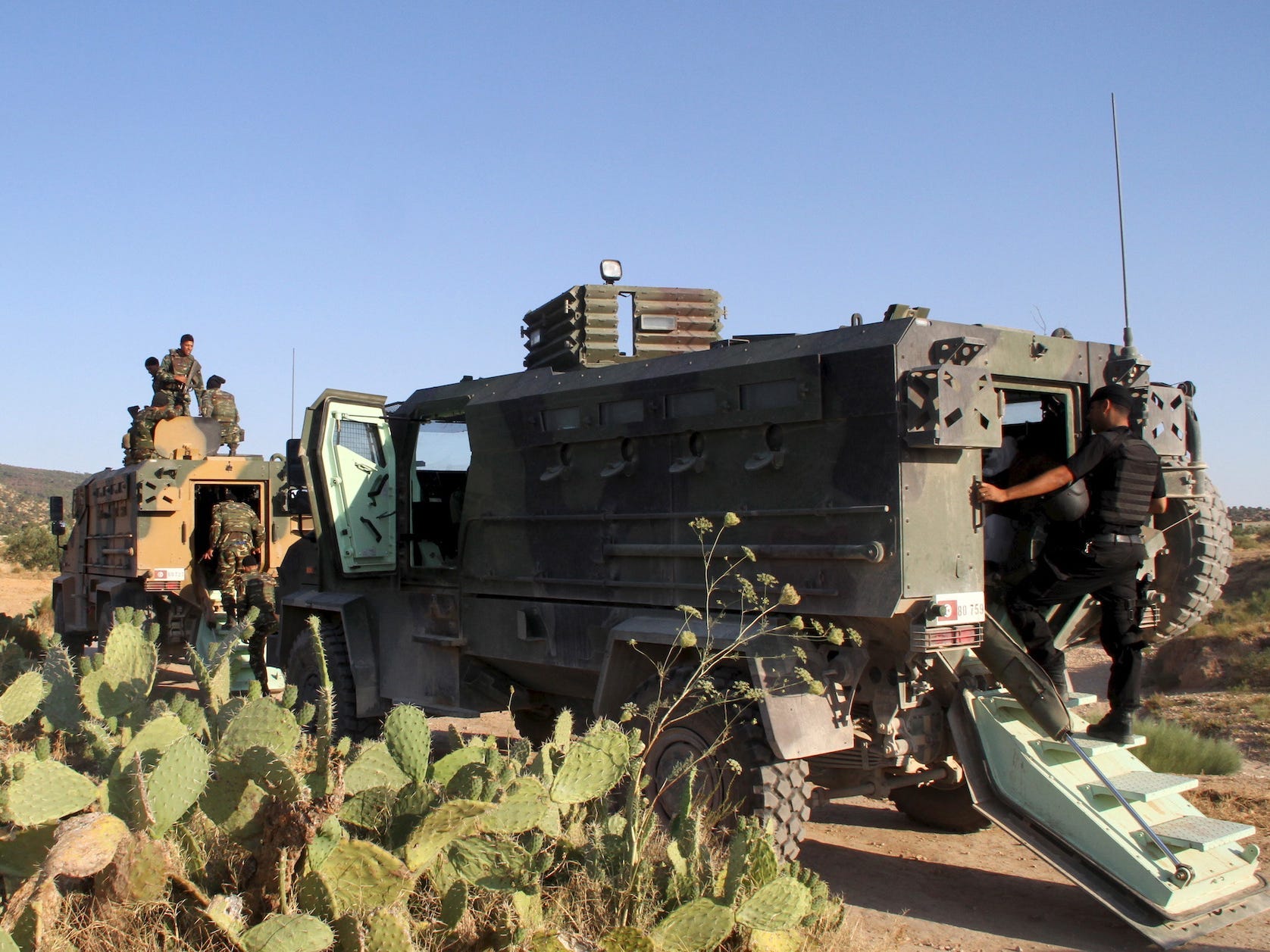 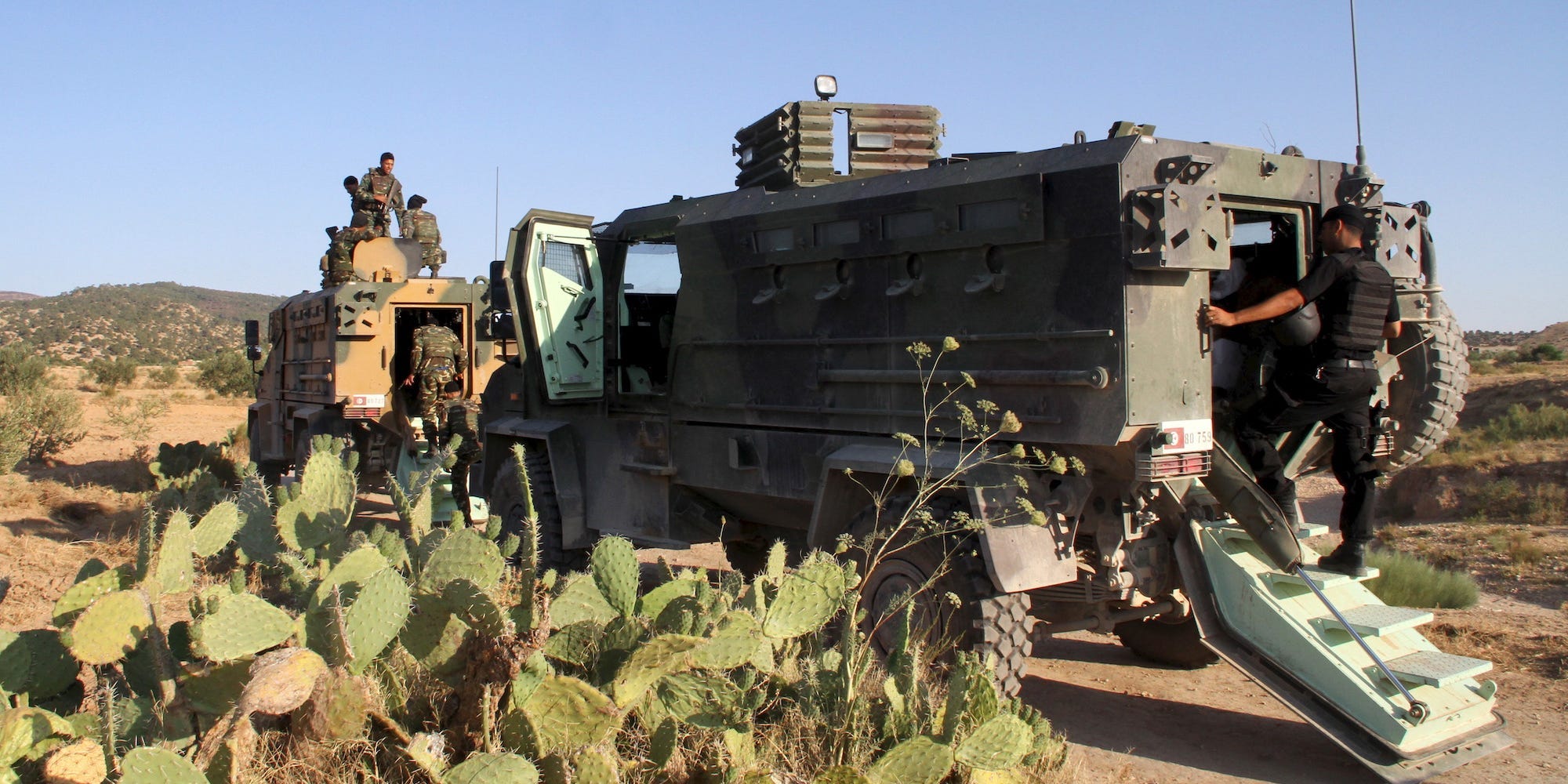 A female suicide bomber killed herself and her baby during counter-terrorism operations, the Associated Press reported the country's interior ministry as saying.
She exploded her suicide belt after Tunisian forces killed her husband, officials said.
According to officials, another older daughter survived the killing.
See more stories on Insider's business page.

A suicide bomber in Tunisia killed herself and her baby by activating her explosive belt during a counter-terrorism operation, the Tunisian government has said.

The interior ministry said in a statement Thursday that two other Islamic extremists were killed in a separate operation, according to the Associated Press (AP).

Tunisian forces tracked an extremist group in the Mount Salloum area of Kasserine, the AP reported officials as saying, when it encountered a suspected jihadi and his family. 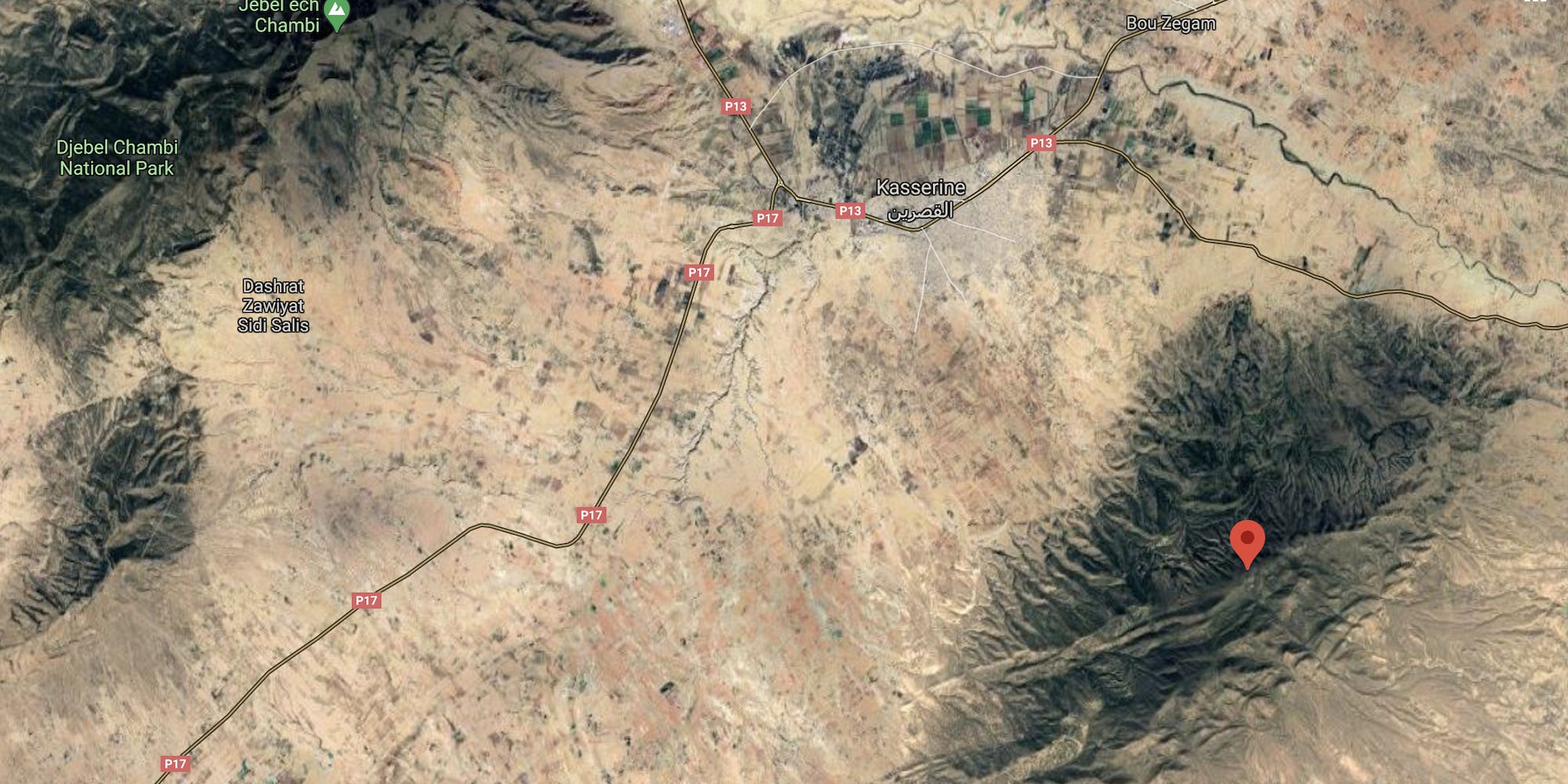 Mount Salloum, marked with a red marker, near the Tunisian region of Kasserine.

According to the reported statement, Tunisian forces killed the man, whereupon his wife activated her suicide belt, causing an explosion that killed herself and the baby in her arms. An older daughter also at the scene survived, officials reportedly said.

The mother was the first woman that Tunisian authorities say they have seen among jihadists in the mountainous area, according to the AP.

The other operation, in which two other extremists were killed, took place in the Mount Mghila area, according to the reported statement. It said the chief of Tunisia's Jund Al Khilafa brigade was killed, a group that has pledged allegiance to the Islamic State.

The US State Department designated Jund Al Khalifa's Tunisian branch as a terrorist entity in 2018. According to the AP, the group is believed to be responsible for several attacks in Tunisia.

Mount Salloum and Mount Mghila have been noted as gathering places for extremists, according to the Counter Extremism Project, and multiple travel advisories recommend avoiding these areas.

Cat's having a hard day in the snow