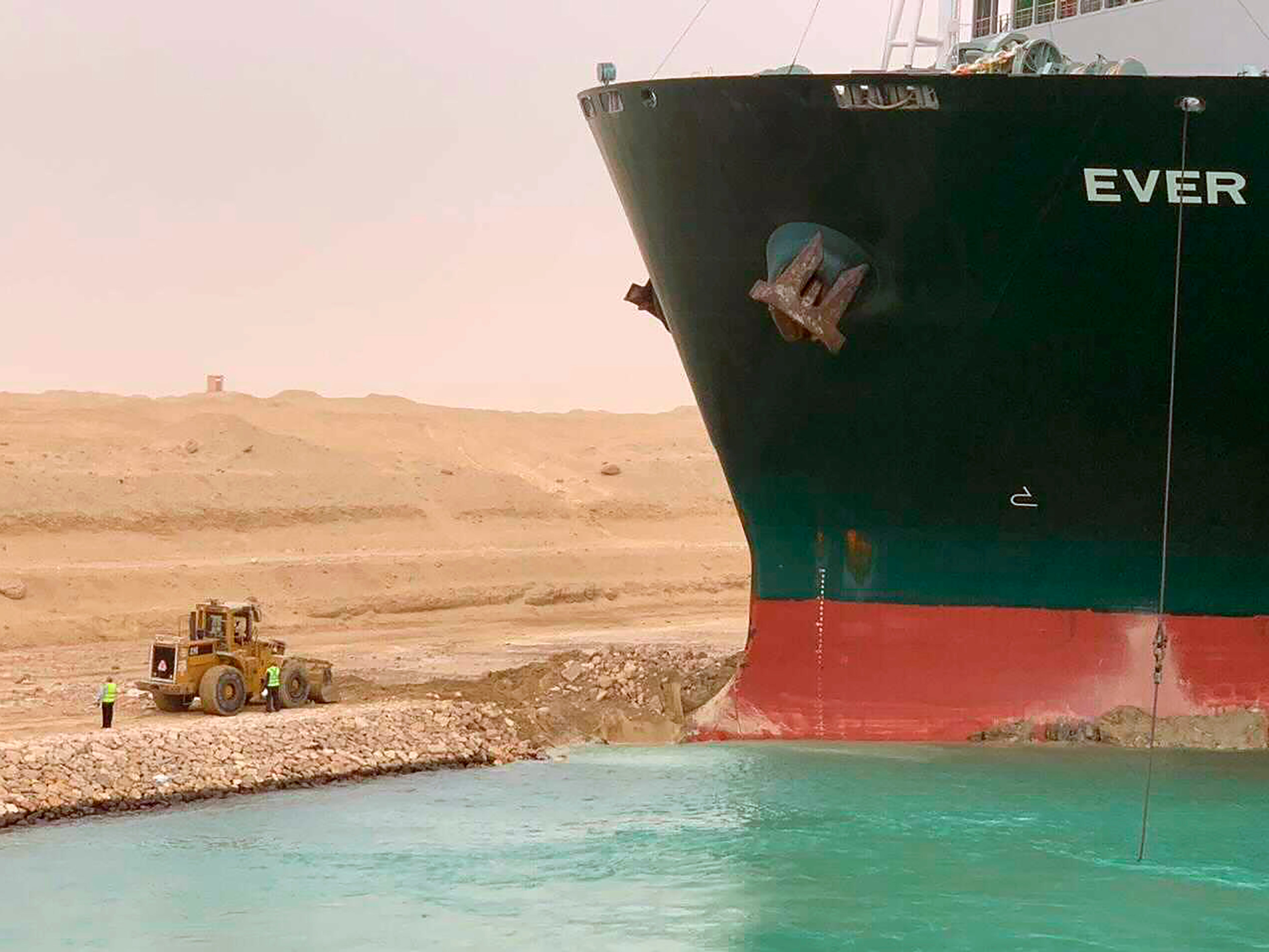 The Ever Given stuck in the Suez Canal.

Egypt opened a formal investigation into how the Ever Given got stuck in the Suez Canal.
The ship blocked one of the world's most-important trade routes for almost a week.
The head of the canal authority said “technical or human errors” may be responsible.
See more stories on Insider's business page.

Egypt has opened a formal investigation into how the Ever Given container ship got stuck in the Suez Canal, which blocked a major trade route for almost a week, the BBC reported.

Captain Sayed Sheaysha, an advisor to the Suez Canal Authority, said that experts would board the ship on Wednesday to try and gather information, the BBC reported.

And Sheasha told Reuters that investigations were due to begin on Wednesday, and plan to focus on the state of the ship and the actions of the captain.

The Ever Given was stuck across the canal for six days before it was freed on Monday. It created a huge and expensive backlog of other ships, the effects of which could still result in shortages of goods around the world.

Bernhard Schulte Shipmanagement, the technical manager of the ship, said on Monday that initial findings suggested the ship ended up across the canal because of high winds, and said engine failure or any other mechanical issues were not responsible.

But Osama Rabie, the chairman of the Suez Canal Authority, said that “technical or human errors” could have been to blame.

He had previously blamed the wind, but then said they were not the “main reason.”

Another investigation, the findings of which will be reported to the International Maritime Organization, has aleady started.

Source: Egypt has opened a formal investigation into how the Ever Given got stuck in the Suez Canal