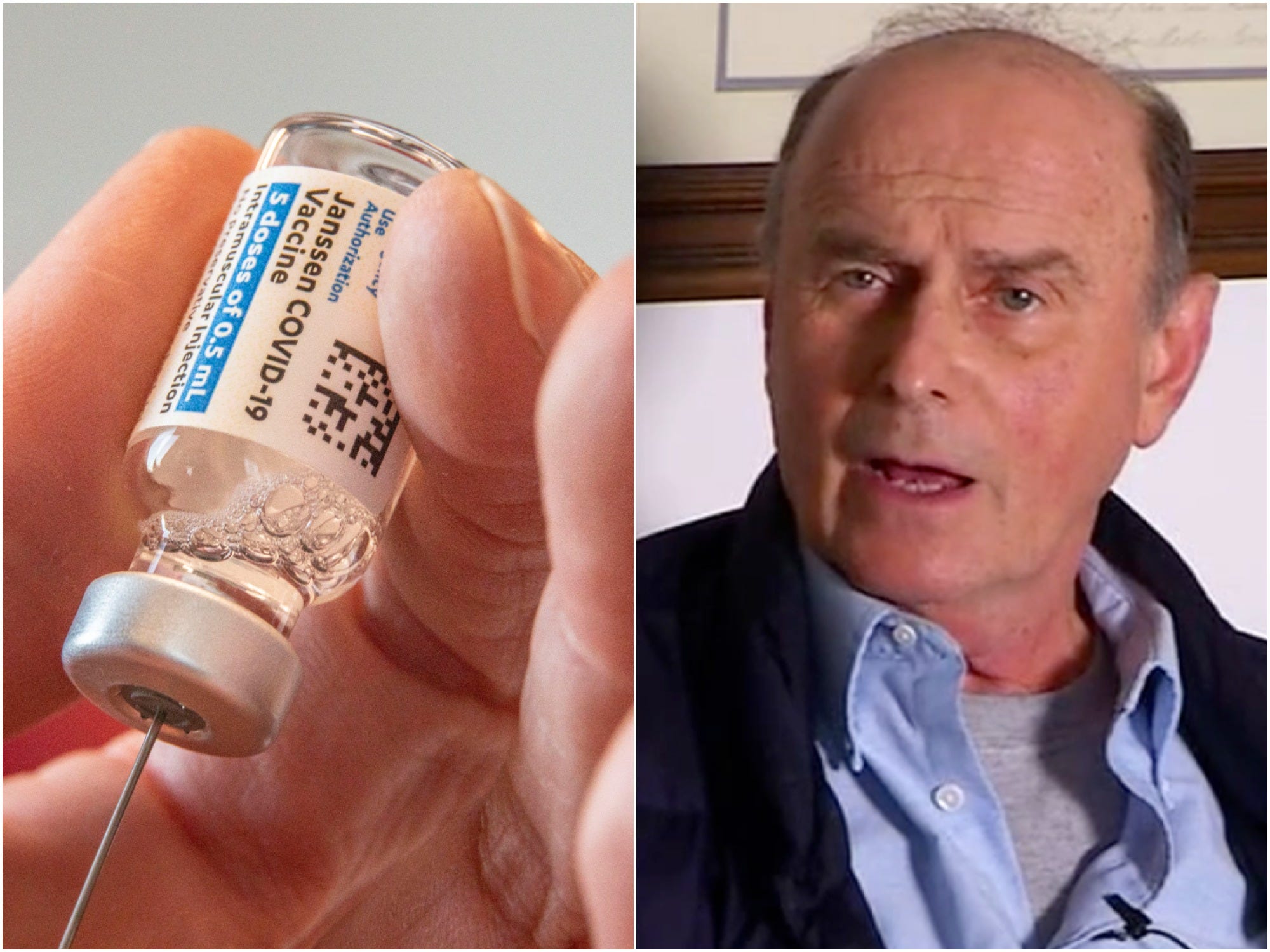 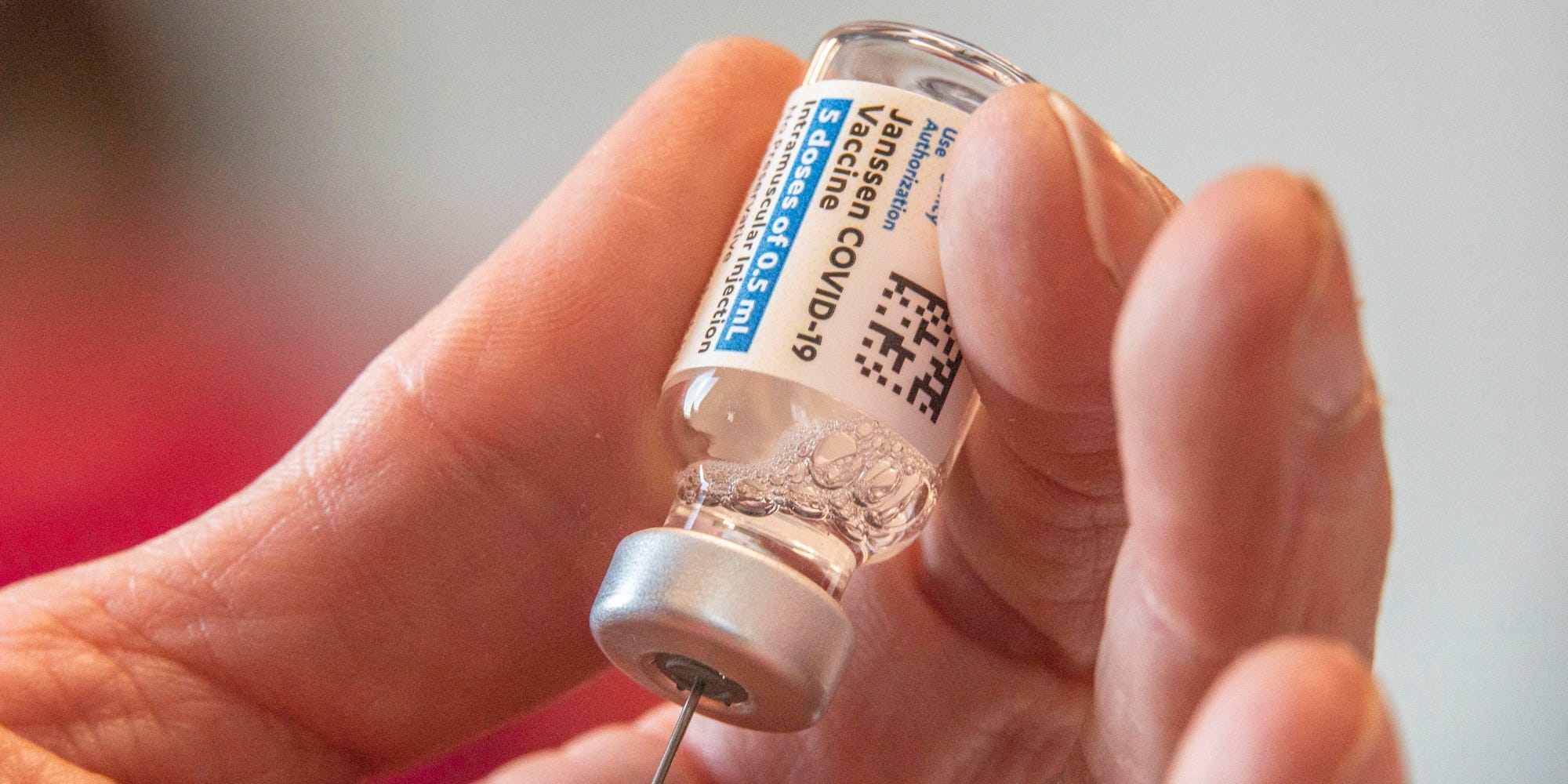 A nurse loads a syringe with a dose of Johnson & Johnson's COVID-19 vaccine in Athens, Ohio.

Richard Terrell's skin turned red and swelled up after he got J&J's COVID-19 vaccine.
His doctors say they believe it was directly caused by the vaccine.
But they said the reaction is “extremely rare” and encouraged people to still get the vaccine.
See more stories on Insider's business page.

A 74-year-old Virginia man developed a severe rash that spread across his entire body after getting the Johnson & Johnson COVID-19 vaccine on March 6, WRIC's Talya Cunningham reported.

Richard Terrell of Goochland, Virginia, told the news station that he started experiencing the symptoms about four days after the getting the single-shot vaccine.

“I began to feel a little discomfort in my armpit and then a few days later I began to get an itchy rash, and then after that I began to swell and my skin turned red,” Terrell told WRIC.

The rash proceeded to spread over his entire body, causing his legs and arms to swell and his skin to peel off, he said.

“It was stinging, burning and itching,” Terrell told WRIC. “Whenever I bent my arms or legs, like the inside of my knee, it was very painful where the skin was swollen and was rubbing against itself.”

According to WRIC, Terrell first went to a dermatologist to look at the rash, who told Terrell to immediately go to the emergency room.

Terrell went on to spend five days at VCU Medical Center, where the rash was treated and doctors biopsied the rash to see what caused it, WRIC reported.

His doctors say the vaccine is still safe

One of Terrell's dermatology doctors at the hospital, Dr. Fnu Nutan, told WRIC that they determined that the vaccine had caused this “extremely rare” reaction. Nutan said the doctors had ruled out the possibility of other viral infections, COVID-19 itself, and kidney and liver issues.

Nutan said she believes there's something about Terrell's genetic make-up that made him react this way to the vaccine, according to WRIC.

Nutan told WRIC that Terrell's experience shouldn't stop others from getting the Johnson & Johnson vaccine, which the FDA said is safe and effective.

There also haven't been similar reports of severe reactions to the Johnson & Johnson vaccine, which was approved for use in the US at the end of February.

It has in fact been reported that the Johnson & Johnson vaccine may be the superior vaccine of those approved in the US so far, since it only requires one shot, is proven to work against some of the new variants, and appears to have milder side effects compared to the Pfizer and Moderna vaccines.

'I wouldn't hesitate to get it'

Those who get the vaccine should simply monitor their reactions, and go to the hospital if they experience something similar, Nutan told WRIC.

Read more: Scientists are racing to develop new kinds of drugs that could fight this pandemic and protect us from the next one

Nutan said that Terrell's rash could have been life-threatening, but only if left untreated.

“If you look at the risk for adverse reaction for the vaccine it's really, really low,” Nutan told WRIC. “We haven't seen a great concern at all. I am a big proponent of the vaccine.”

Terrell himself said he is still glad he got the vaccine.

“I wouldn't hesitate to get it,” he told WRIC.

Source: A Virginia man who got Johnson & Johnson’s COVID-19 vaccine developed a severe rash that spread over his entire body