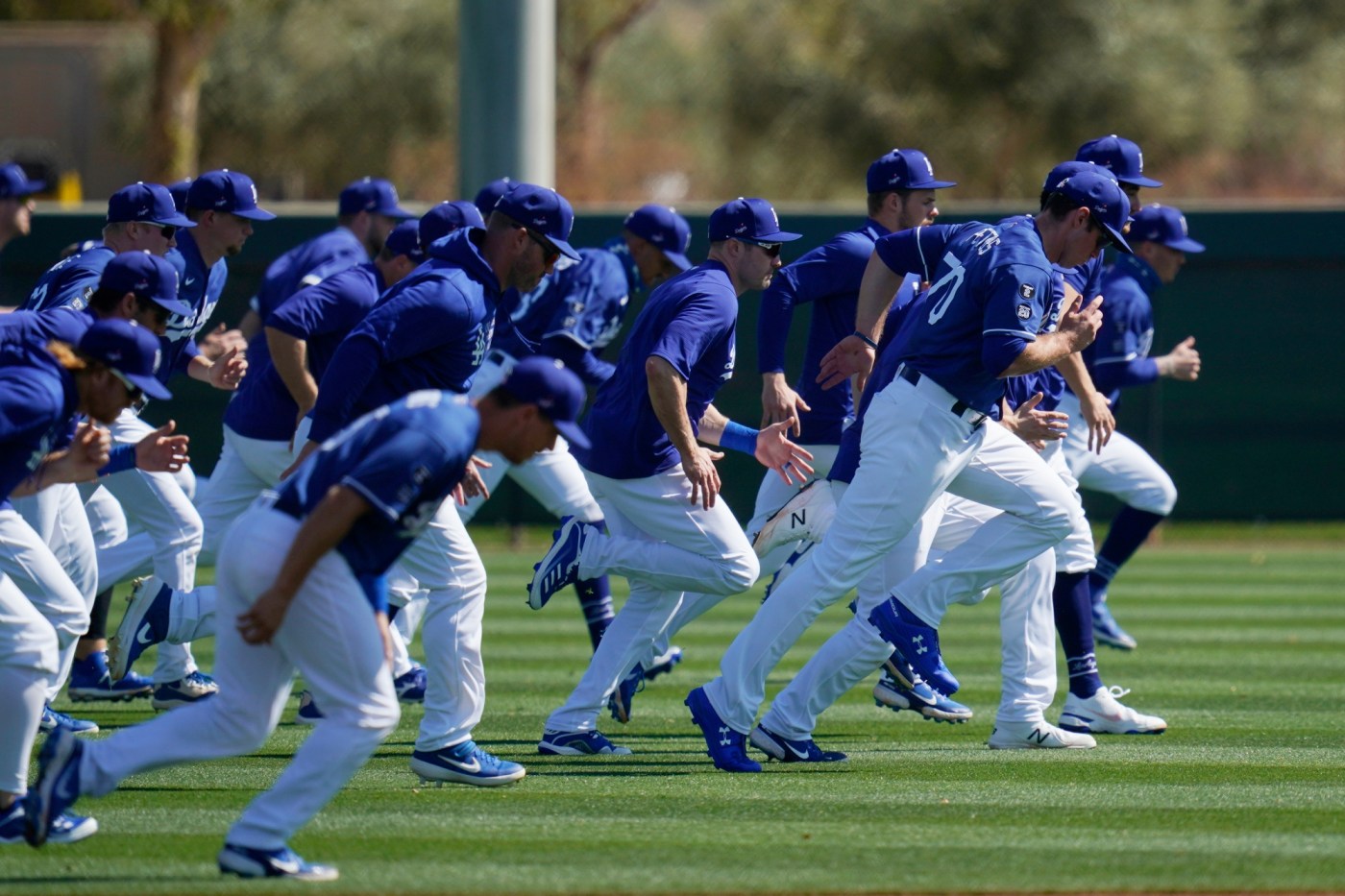 ANAHEIM ― Utility player Zach McKinstry appears likely to make the Dodgers’ Opening Day roster, which would resolve one of the team’s final roster dilemmas before the season begins.

Three position players who received non-roster invitations to camp ― Elliot Soto, Andy Burns and Stevie Berman ― were reassigned to minor league camp Sunday. A fourth non-roster invitee, pitcher Enny Romero, has not officially been reassigned but did not accompany the team back to Southern California for the Freeway Series.

If the Dodgers keep 13 position players and 13 pitchers on their Opening Day roster, McKinstry will make the team.

Manager Dave Roberts wasn’t ready to confirm or deny that McKinstry had made the club Sunday. With only two exhibition games remaining against the Angels, he said, the final roster decisions to be made involve one pitcher and one position player.

Assuming McKinstry makes the roster, only the final bullpen job is up for grabs. Left-hander Scott Alexander and right-hander Dennis Santana are the top candidates.

It would be the first Opening Day assignment for McKinstry, 25, who batted .300 in Cactus League play. The left-handed hitter saw time at five defensive positions in camp ― second base, shortstop, third base, center field and right field ― and was not charged with an error.

McKinstry made his major league debut with the Dodgers in 2020 and appeared in four games, going 2 for 7 with a double.

Alexander: MLB reverts from sprint to marathon in 2021

The Dodgers made two late changes to their lineup Sunday afternoon. Starting pitcher David Price was scratched due to illness and replaced with Tony Gonsolin, who was originally scheduled to pitch in relief. Left fielder AJ Pollock was also not feeling well, and DJ Peters took his place.

Neither illness is considered serious, Roberts said. Price is scheduled to pitch a simulated game Monday afternoon at Dodger Stadium, while Pollock will start the night game against the Angels and get four plate appearances.

Price, Gonsolin and Dustin May, who will start Tuesday night at Dodger Stadium, are candidates to be the Dodgers’ fifth starter.

Roberts said the choice of a fifth starter will be discussed in a meeting after the simulated game. Will the fifth starter remain in the rotation after the Dodgers’ April 5 game in Oakland? “Whoever that fifth starter can be the first time through, we’ll just kind of see how it goes,” Roberts said. “Having other (pitchers) built up gives us a few more options.” … Walker Buehler will also throw in the simulated game Monday. … Prospects Michael Busch, Kody Hoese and Miguel Vargas were included on the Dodgers’ Freeway Series roster. They are expected to begin the season at the alternate site.

1 deputy killed, 1 deputy hurt in related crashes on I-5 Freeway in East LA