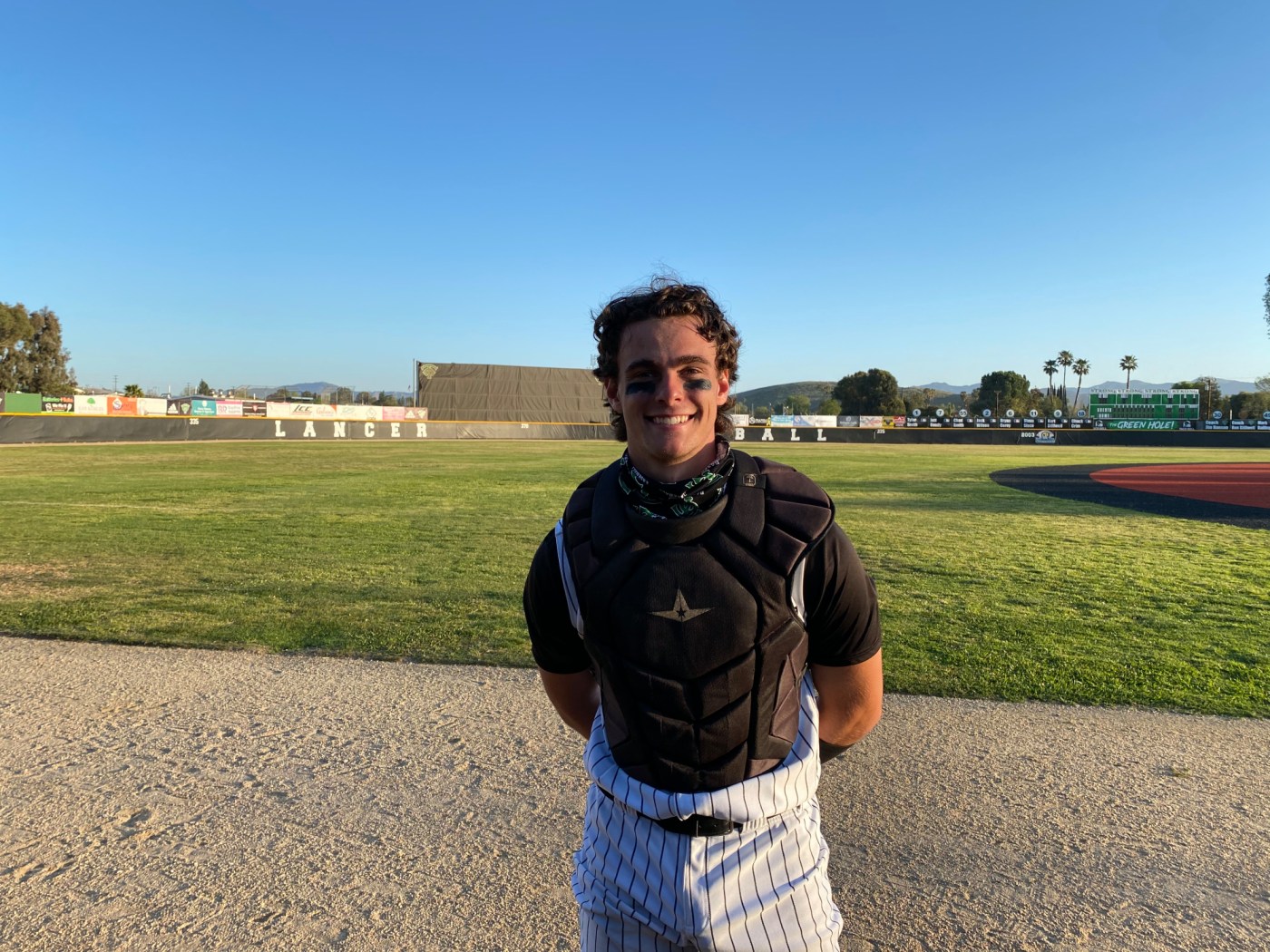 Riggio was one home run away from tying the California state record for homers in consecutive games (6), which would have put him in the same company as Chase Utley when he starred at Long Beach Poly. Riggio had knocked five home runs in the team’s first five games.

“I didn’t do my best today, but my team was right behind me,” said Riggio, an Oklahoma State commit.

Riggio went 0 for 4 with a walk. He said he didn’t know about the record until after his fifth home run last week.

“When that game ended, my phone had a ton of messages telling I was one away from the record,” said Riggio.

Saum’s two homers brought in five runners. His second home run in the bottom of the 5th inning was the first of three consecutive homers from Thousand Oaks (6-0). Easton Rulli and Dylan Jackson both went yard over left field.

“Only six people have done what Roc has done,” Stanford signee Saum said of his teammate. “That’s incredible.”

Westlake’s Nate Kaczynski, Andrew MacFarlane and Jack Johnson each had two hits in the game. Mattias Sessing hit a 3-run home run in the 2nd inning for the Warriors (3-2).

Yorba Linda 5, Notre Dame 2: Less than a day after moving from No. 6 to No. 2 in the Daily News rankings, the Knights drop their first game of the season. A tale of young talent.