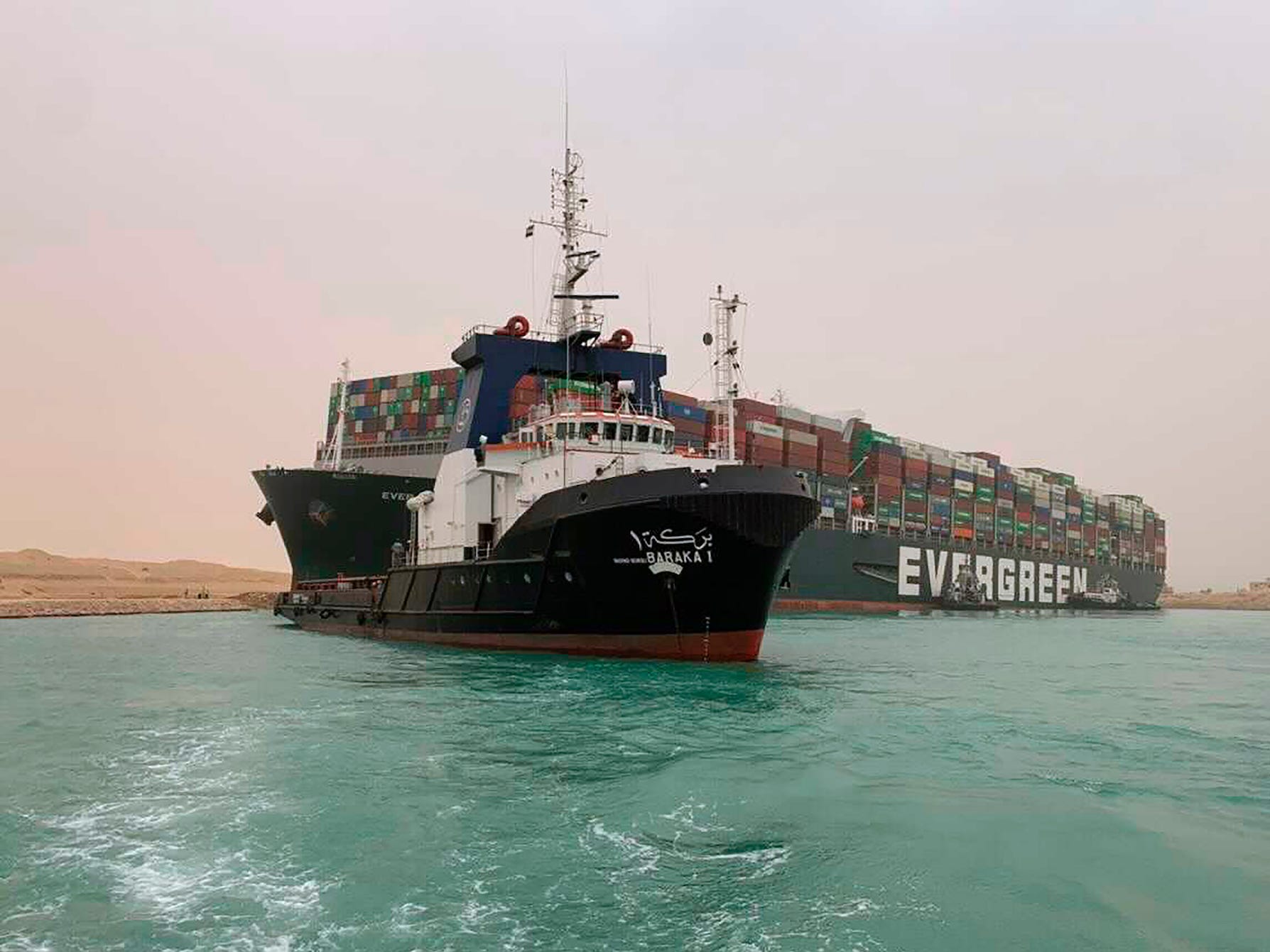 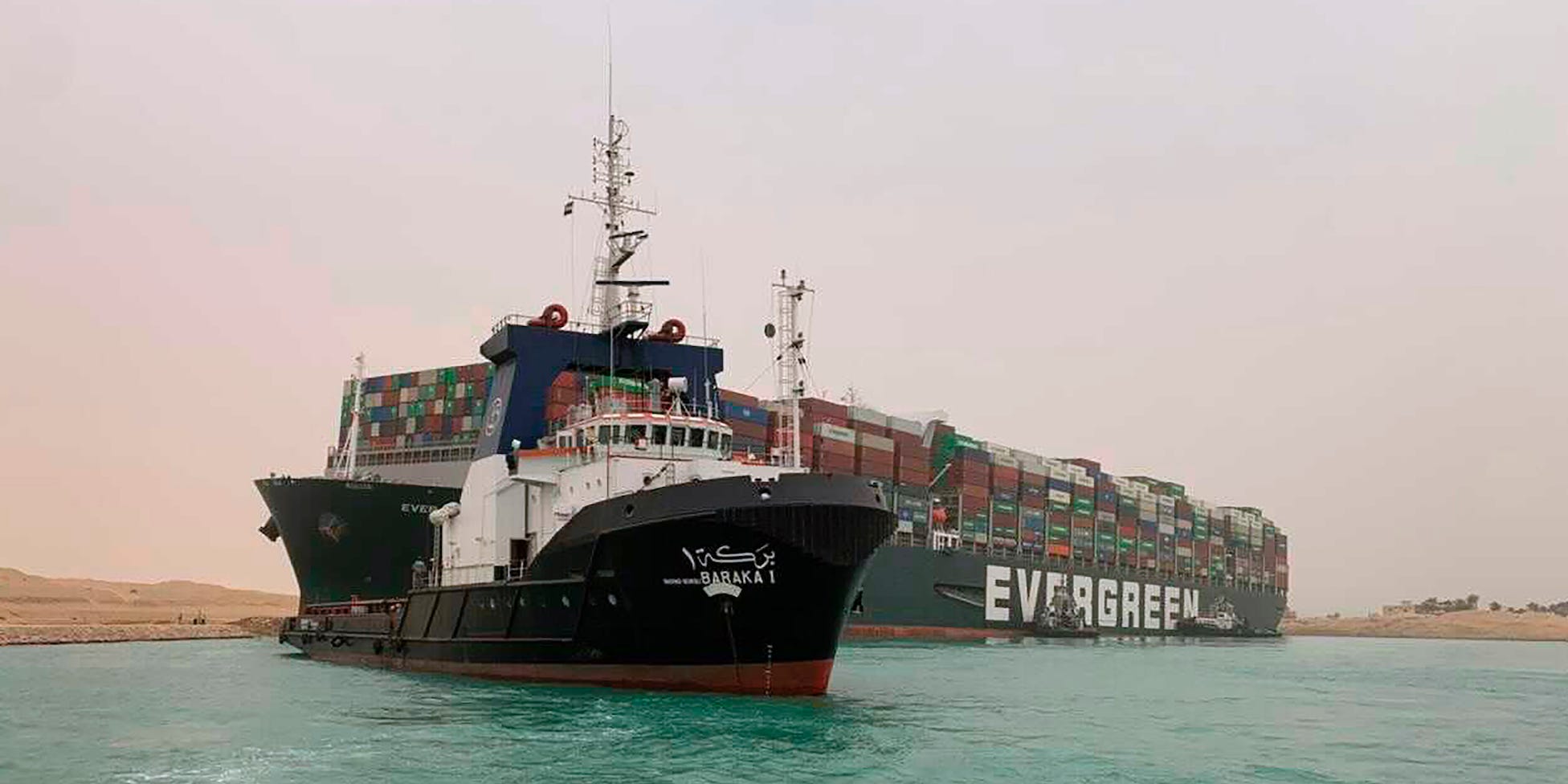 A ship navigates before a huge container ship named Ever Given, stranded on Wednesday, March 24, 2021, in the Suez Canal, Egypt.

Fourteen tug boats honked in celebration after moving the lodged Suez Canal ship by two inches.
Officials said they are hopeful the ship will refloat after water started running underneath it.
The ship has been blocking the entire width of the Suez Canal for over 100 hours.
See more stories on Insider's business page.

A new video posted to social media on Saturday shows tugboats in the Suez Canal honking in celebration after they were able to move the massive container ship that has been lodged in the sandbank for days by two inches.

Canal officials said “significant progress” had been made after workers dredged about 20,000 tonnes of sand on Saturday, the BBC reported.

Fourteen tugboats moved The Ever Given, which weighs 220,000 tons and is roughly the same length as the Empire State Building, 30 degrees in two directions.

Read more: When America's busiest port is log-jammed, the US economy suffers – but these 22 companies thrive

However, all other attempts to completely free the giant vessel failed.

The Ever Given, operated by the Evergreen Marine Corporation, has been wedged in the Suez canal for over 100 hours.

More than 300 ships have been forced to queue up on either side of the blockage, with some opting to take a 15,000-mile detour around Africa instead. The fiasco is costing the global economy an estimated $400 million per hour.

General Osama Rabie, Chairman of the Suez Canal Authority, told reporters on Saturday that officials are hopeful the vessel could refloat again by Sunday after water had started running underneath it.

“We expect that at any time, the ship could slide and move from the spot it is in,” Rabie said, according to the BBC.

If digging the sand away and pulling the ship with tugs fails to move it, Rabie said rescue teams might have to start removing some of the ships' containers – a process that could take weeks.

The Ever Given is one of the world's largest cargo ships, with space for 20,000 twenty-foot metal containers.

The Japanese owner of the giant container ship on Friday apologized for causing “tremendous trouble” and said that once it refloats, it should be able to operate without any issues.

“We apologize for blocking the traffic and causing the tremendous trouble and worry to many people, including the involved parties,” Yukito Higaki said, according to Al Jazeera.

NFTs are not just for art: As technology matures, more uses will emerge?