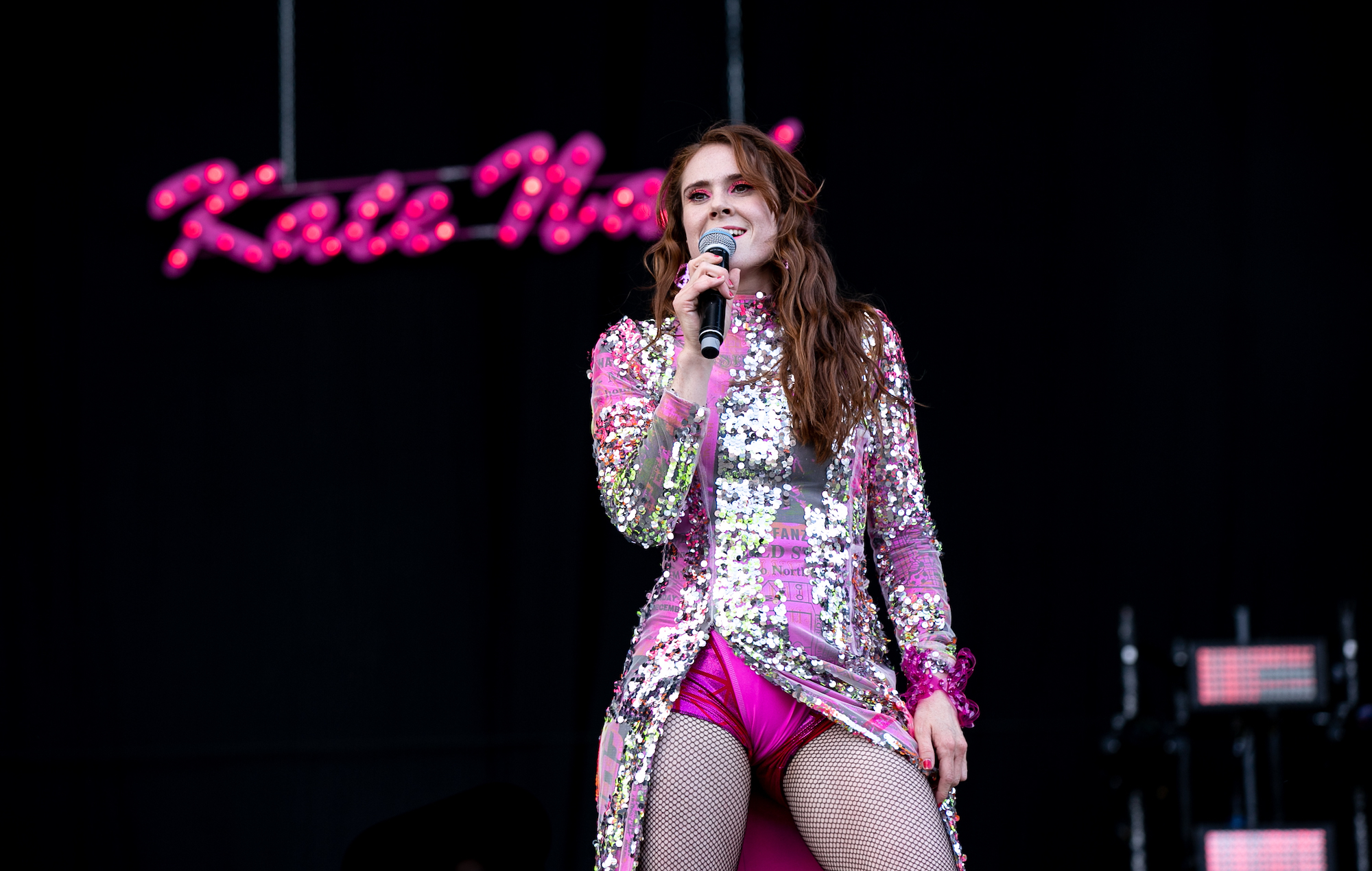 Kate Nash has urged the music industry to change after a slew of festival bills were announced in the last week with few non-male acts on the line-ups.

Isle Of Wight, TRNSMT and more festivals announced their line-ups this week and were drastically dominated by male artists.

READ MORE: Where are all the female headliners? Festival bookers, bands and fans weigh in on how to change the narrative

Yesterday (March 26), Nash shared an article from the Guardian about the lack of women on festival bills in 2021 on her Instagram Story, captioning it: “Really fucking bummed about this to be honest.”

She highlighted a quote from Kendal Calling’s programming director Emma Zillmann, in which they said the festival’s audience wasn’t “really clamouring to see those artists, which makes things a little bit difficult for me”. 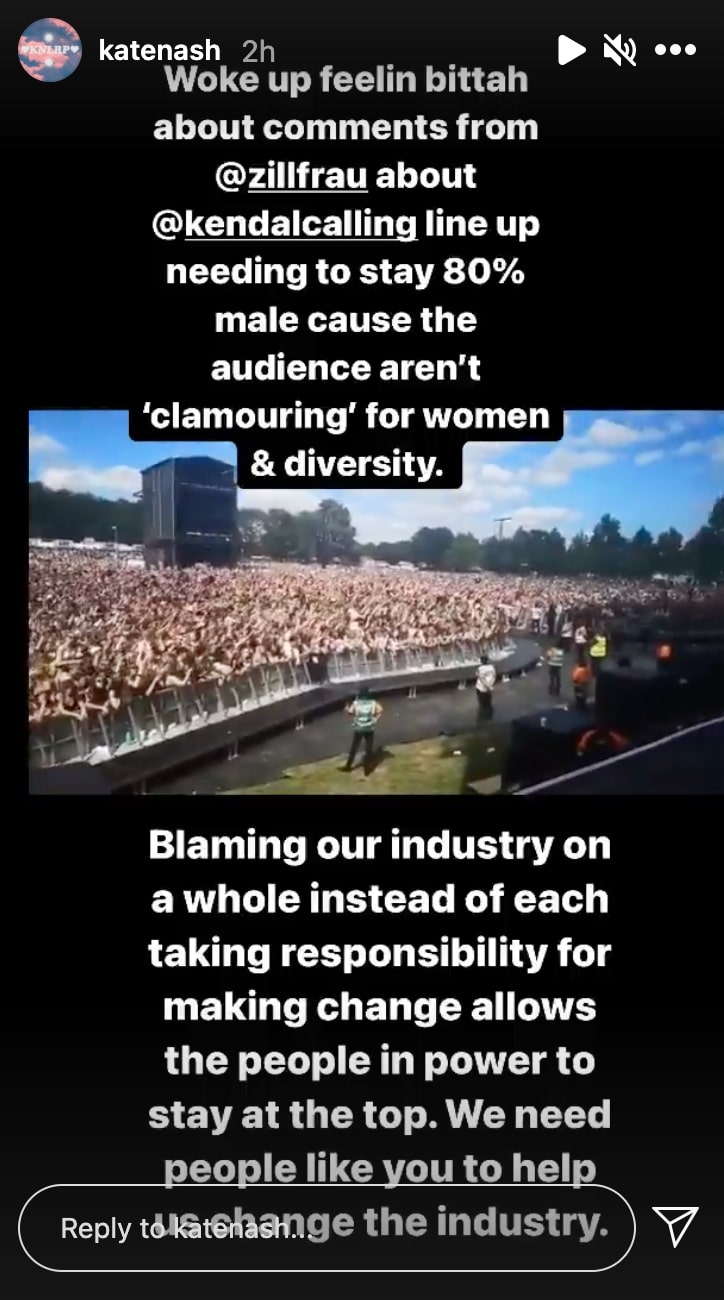 “I don’t dispute that everyone should be trying harder,” Zillmann added. “It’s not just festivals – we’re just the endpoint. We’re an easy target because we have a poster that clearly shows the hierarchy of the music industry.”

Nash criticised the answer as “lazy & passing the buck” and said: “This is the reason things don’t change cause everyone makes some lame excuse.” 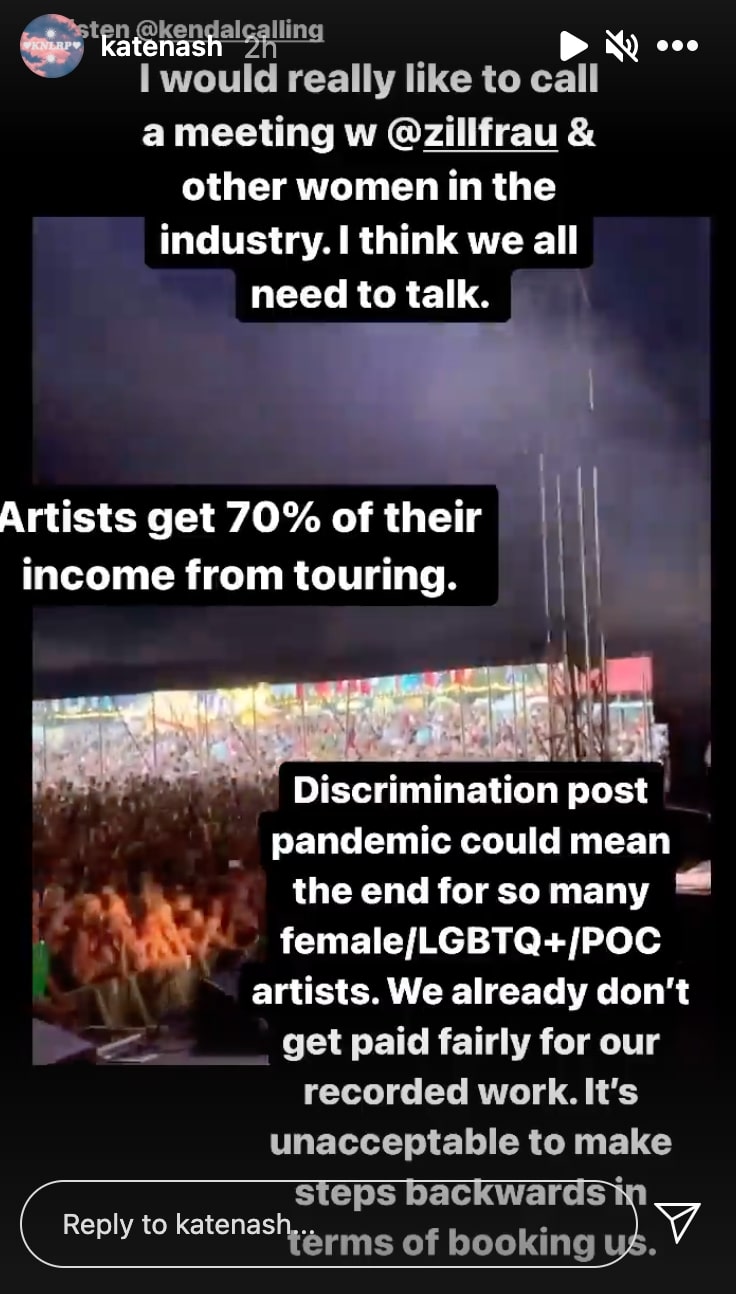 Earlier today (March 27), the musician added to her comments, saying she “woke up feeling bittah” about Zillmann’s comments. “Blaming our industry on a whole instead of each taking responsibility for making change allows for the people in power to stay at the top,” she wrote. “We need people like you to help us change the industry.”

Nash went on to note that artists get 70 percent of their income from touring – which has been stripped from them in the last year due to the pandemic. “Discrimination post-pandemic could mean the end for so many female/LGBTQ+/POC artists,” she said. “We already don’t get paid fairly for our recorded work. It’s unacceptable to make steps backwards in terms of booking us.” 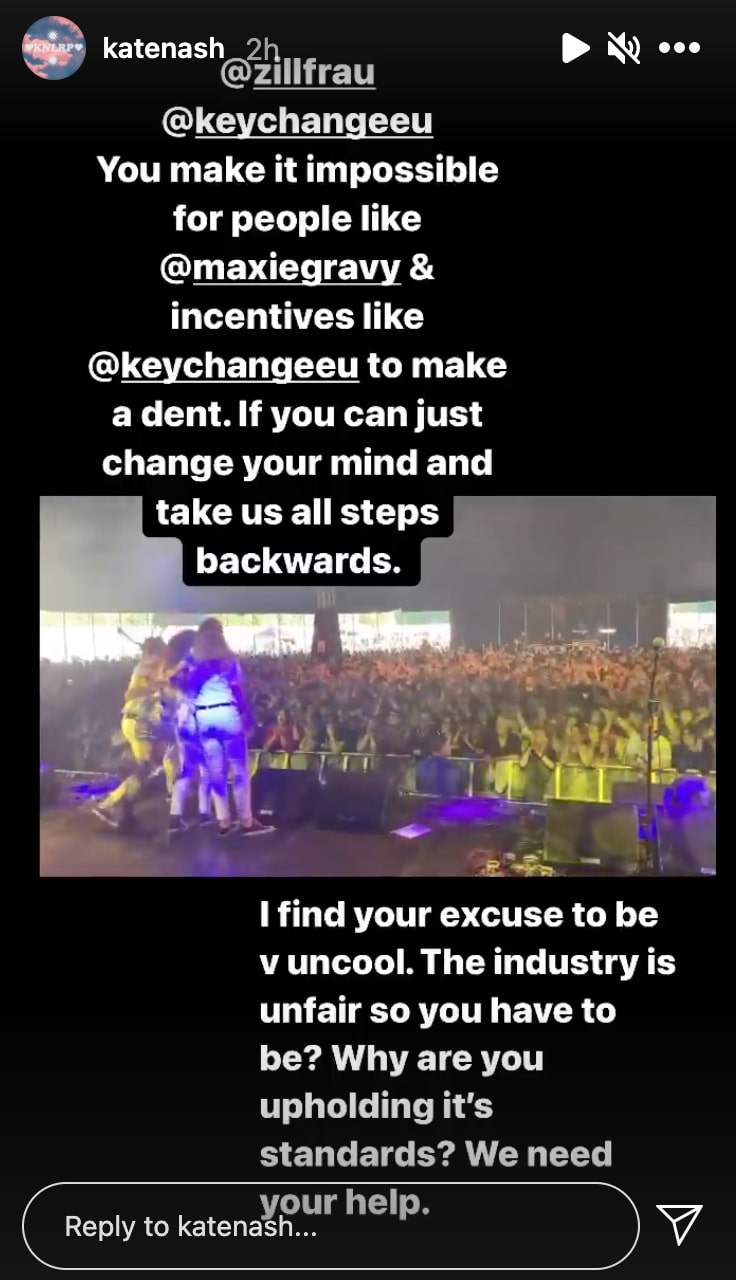 In another story, she asked Zillmann: “The industry is unfair so you have to be? Why are you upholding it’s standards? We need your help.”

She also wrote in a post on her Instagram page, in which she said that the music business made her “ashamed yet again”. 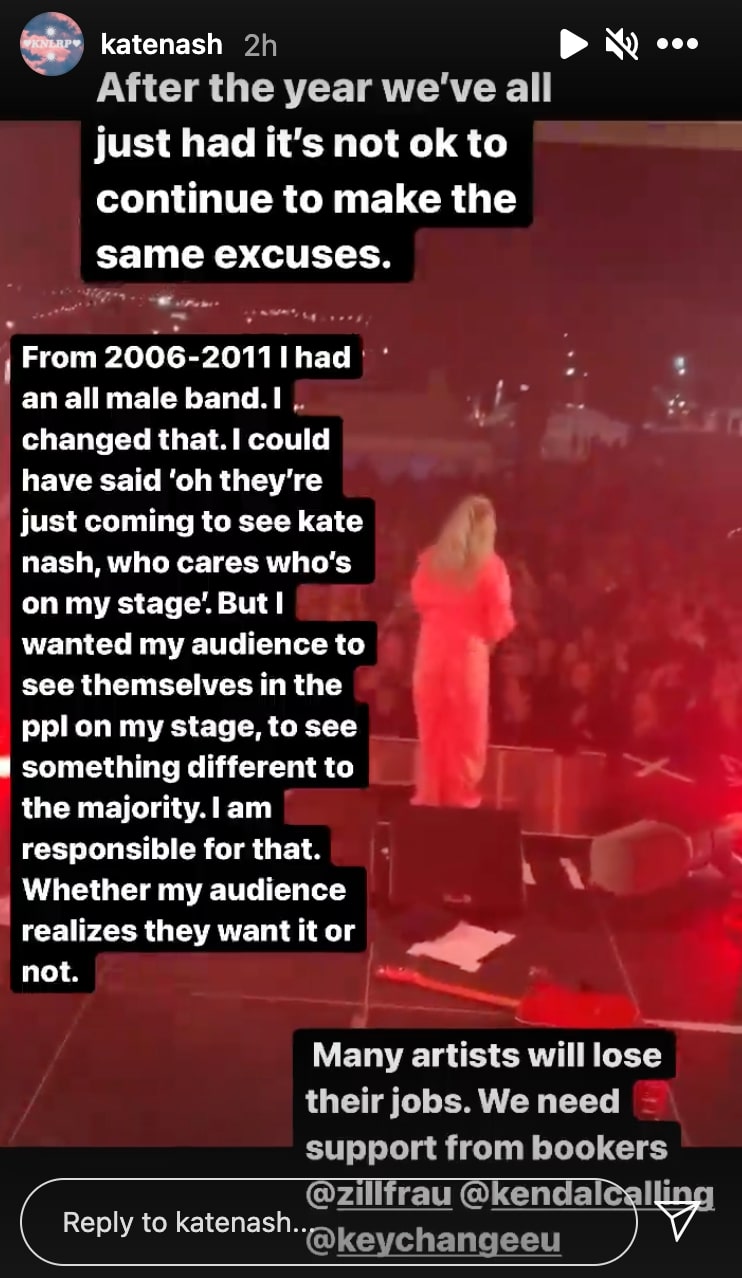 “We’re an unprofessional industry, we have no HR department, sexual assault & abuse is RIFE, we don’t pay artists for their work and we make promises to book more women and create diverse line ups and fail to commit,” she wrote. “If we constantly blame the gatekeepers like major labels and publishers then how do we ever change things because they have proved they really don’t give a shit.”

She continued: “I’ve seen this industry destroy the self esteem of so many and it’s killed so many musicians. Instead of encouraging you to have a career in this horrible business I make a promise to do everything I can with my position to make changes so that I could feel better about wanting you to pursue this life. I think what most industry people forget is that they have a wage, an income, a sense of stability, if they’re American they get great health care and dental.

“Lots of musicians don’t get that. If they’re extremely lucky then they can create those things for themselves. But we’re in the minority. Or we got a job on a Netflix show. Most people in music will say that they got in the business because they love music. So love it then. Make choices because you love artists and music, not because it’s hard to go against the grain. Make your priorities a priority.” You can read Nash’s post in full above.

In January, Nash also spoke out against the industry and the inequalities in streaming payments.

“If you’re an artist that can afford to live in a city like me then we have got to unite in some way to stand up for the working class musicians who can’t afford to keep going even though they have millions of streams on Spotify,” she tweeted. “It is unethical. Music is not a club for the rich.”

Justin Bieber says he wants to collaborate with SZA, H.E.R. and Jhené Aiko