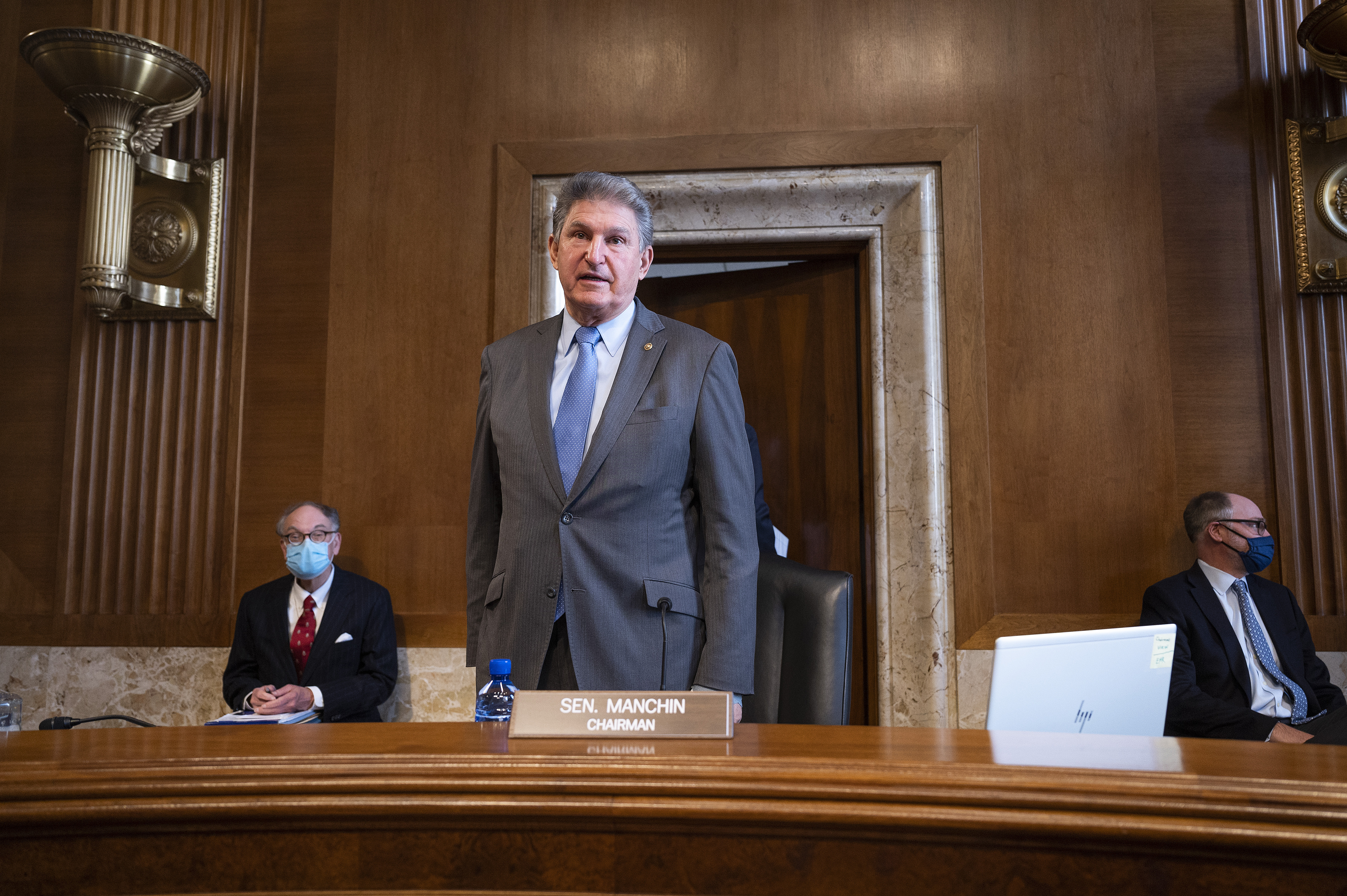 According to the Center for Economic Policy and Research, the national minimum wage in this country rose in tandem with both inflation and productivity gains in the workforce until around 1968. If this had continued, the federal minimum today would be over $24. Instead, it is $7.25, the wage set by the last increase 12 years ago. On Wednesday, Senate Minority Whip John Thune, a Republican, objected to another increase on the grounds that he’d made a mere $6 an hour as a cook in South Dakota in the 1970s. It was quickly noted on social media that this would amount to more than $20 an hour today given inflation—or over 175 percent more than the current federal minimum wage. The provision in the coronavirus relief package he was objecting to, which the House of Representatives passed early Saturday, would gradually raise the federal minimum to just $15 an hour—not next year, or the year after that, or the year after that, but by 2025.

A Reuters/Ipsos poll released Thursday found that 59 percent of Americans support the proposal. In November, voters in Florida, who rejected Joe Biden, approved increasing their state’s minimum wage to $15 by more than 20 points. This was no surprise: Every state wage increase referendum since 1996 has passed. And the consensus within the electorate has been joined, in recent years, by an increasing consensus among economists that graduated wage increases have negligible impacts on employment. For a 2019 paper published in The Quarterly Journal of Economics, UMass-Amherst’s Arindrajit Dube and his colleagues examined 138 state minimum wage increases from 1979 to 2019 and found, as he explained this week in The Washington Post, that “the number of low wage jobs barely budged.” “The finding held, as well, even when the minimum wage was set at a fairly high rate compared with the state’s median wage (the highest being around 60 percent of the median wage),” he wrote. “We found no effect on employment at levels significantly above the minimum wage.”

$15 an hour is not a living wage, nor is it a sweeping solution to inequality in this country.

While the demand for a $15 minimum wage has become a central plank in the progressive agenda over the last decade, it’s worth being clear about the scale of change it would actually bring about. The Economic Policy Institute estimates that raising the wage would benefit 32 million workers. Hundreds of thousands would be lifted out of poverty. But $15 an hour is not a living wage, nor is it a sweeping solution to inequality in this country. It would not fundamentally restructure our economy in any way. Raising the minimum wage is best understood as the ground floor of welfare policy. In fact, it’s the basement⁠—a high aspiration for those whose expectations are subterranean. And this week, our lawmakers couldn’t manage it.

That’s not to say a $15 minimum wage is dead—it isn’t, technically. A regular bill on the proposal can be introduced at any time. But the gambit of bundling an increase with the Covid-19 reconciliation package has failed. It has been written and said that the gambit failed because the Senate parliamentarian ruled that including the minimum wage increase would violate reconciliation rules. This is false: The Senate parliamentarian is a wholly powerless functionary who can be overruled at any time by the party holding the White House and Congress—both of which, as you might recall, are now controlled by the Democratic Party. The gambit failed because the White House and many Democrats in Congress opposed overruling the parliamentarian.

Progressives on and off the Hill have proposed alternatives that might satisfy the parliamentarian. Oregon Senator Ron Wyden, for instance, wants a 5 percent total payroll penalty on large corporations that pay workers less than a desired wage, and a tax credit equivalent to 25 percent of wages—for up to $10,000 a year—for small businesses that pay their workers well. But most minimum wage workers aren’t employed by large corporations—in Oregon, only 20 percent of minimum wage workers are in firms with over 500 employees—and the measure would lack the force and simplicity of a federal minimum. Policy minds who’ve examined what Wyden has slapped together, including Dube, have been puzzling over whether and how exactly it might work.

But the reality is that Senate Democrats don’t have 50 votes for broadly and significantly raising the minimum wage, either directly or through some hastily jury-rigged tax scheme. Arizona’s Kyrsten Sinema and West Virginia’s Joe Manchin would have killed the increase even if the parliamentarian had approved it and would have killed it even if Kamala Harris had been willing to override the parliamentarian to include it in the reconciliation package. If the $15 wage is resurrected in a regular bill, their opposition to eliminating the legislative filibuster will kill it before the two of them have a chance to kill the proposal on substance in an up or down vote. Some have argued all this absolves the Democratic Party as a whole of responsibility for the proposal’s fate. But as long as Sinema and Manchin remain in opposition to it, it will be plainly and literally true that a $15 minimum wage increase is being blocked by Democrats.

One thing Biden might have said to voters is that the minimum wage and other policies are more important than the Senate’s rules.

One thing Biden might have said to voters, in any of the domestic policy speeches and public statements he’s made over the past month, is that the minimum wage and other policies are more important than the Senate’s rules and that the Senate’s rules should be changed to pass them, potentially giving Manchin and Sinema, who do not really care about raising the minimum wage but do care about being reelected, an incentive to support raising the minimum wage and changing the Senate’s rules. Not because voters would have been persuaded by Biden to support a policy they didn’t already support—a president’s power to actually change the public’s mind on something is limited—but because the salience of an already popular policy and the obstacles to it would have been deepened. Biden did not do this, primarily because he, like Manchin and Sinema, does not believe that the U.S. Senate should be an institution where Democrats can easily pass a policy agenda supported by the majority of the American people. This is a bad position.

It has been argued that even if Joe Biden were to adopt the alternative position that the Democratic Party should be able to pass a policy agenda—and even if he argued the same to voters—he might nevertheless fail in getting Manchin and Sinema to agree with him. This is correct. It is, though, incumbent upon Biden to try to persuade members of Congress. This opinion has evidently been the subject of some controversy on social media in recent days. “The Green Lantern Theory of domestic politics—if Dems just had the will they could make it happen—is such incredible nonsense,” the author James Surowiecki tweeted on Tuesday. “What ‘pressure’ can Biden apply from the bully pulpit to change Joe Manchin’s mind?”

A good question! And the answer may well be “none.” But the primary advocate of the Green Lantern theory of domestic politics over the past two years has been Joe Biden. The central policy argument of his campaign, repeated throughout the primaries and general election, was that he, alone among all other Democratic contenders, would be able to win Republican support for his agenda on the basis of his character and his skill at leveraging personal relationships built over nearly half a century in Washington. By implication, conservative members of his own party weren’t to be worried about. But by now, just over a month into his term, it should be clear even to those who bought into this extraordinary lie that conservative Democrats are the ones running the show.

If it really is the case that Manchin and Sinema can’t be won over, we should come to an important conclusion: Congressional politics is mostly a fraud.

If it really is the case that Manchin and Sinema can’t be won over, we should come to an important conclusion: Congressional politics is mostly a fraud. Over the past year, many have found the size and design of the coronavirus relief packages Congress has put together encouraging. And it is genuinely good to know when a once-in-a-century global crisis kills over half a million people in this country, our legislators are capable of stretching themselves enough to temporarily supplement and expand unemployment benefits, send Americans a set of means-tested stimulus payments, and perhaps pass a large expansion of the child tax credit. But the prospects for fully elective Democratic economic and social policies—the minimum wage, immigration reform, climate legislation, and all the rest—still do not seem very promising.

Between now and the midterm elections next year, we will hear from Democratic leaders that the solution is electing more Democrats and giving the party the resources it needs to do so: more donations, more canvassing, and more voting. We’ll also hear from progressives who will insist that the solution is defeating the Democratic establishment with progressive candidates all over the country: more donations, more canvassing, and more voting. But it’s all nonsense: every part of it, top to bottom, start to finish.

What Democrats have in the place of a constructive politics is a set of interlocking pyramid schemes operated by people who know full well that no matter how many doors are knocked on, how many calls are made, how many alarmingly titled fundraising emails are opened, and how many people show up to the polls, whether or not anything significant happens in Congress depends mostly upon a relatively small set of people in a few very specific places: the most conservative Democrats in the country and the moderate-to-conservative states that have elected them. They are the ones who will decide whether the filibuster goes or whether legislation the party tries to jimmy through reconciliation will pass. No matter how much work is put into gaining Democratic majorities, they will have the power to invalidate them, denying Democrats any reasonable hope of utilizing a chamber structurally skewed in the Republican Party’s favor. Progressives can talk themselves blue about primaries, but activating a progressive electorate in, say, West Virginia is going to take more than one election cycle, or two, or five, and Manchin isn’t up for reelection until the end of Biden’s first term anyway.

Many Americans have already come to the fully justified conclusion that the design of the Electoral College has rendered their votes in presidential elections effectively meaningless. It is trivial to imagine many Democrats telling themselves the same about Congress in November next year. Maybe it’s enough to cost Democrats control of Congress. Maybe it isn’t. It’s not obvious that it matters: If the Democratic Party cannot utilize congressional majorities, there’s not much reason to invest heavily in gaining or retaining them beyond the hope that the party might hold enough seats to prevent Republicans from regaining control and passing a destructive agenda under a Republican president. Unless Democrats figure out how to change the game in the Senate and until demographic and ideological conditions are right in pivotal states, angling for more will be a waste of time, money, energy, and attention that might be better spent on subnational politics and organizing our communities and workplaces.

Source: The Democrats Are Blocking a $15 Minimum Wage

Paris Hilton on Her Past Persona: “I Always Knew Exactly What I Was Doing”